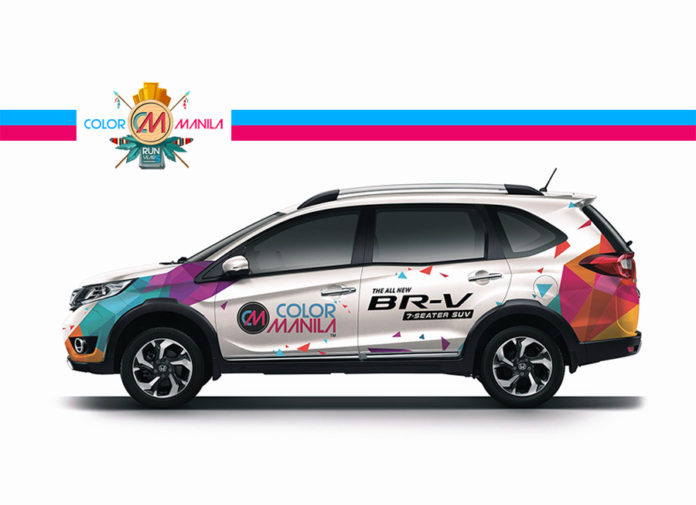 Here’s one way to help you shed the holiday fat. Honda Cars Philippines, Inc. (HCPI) has teamed up Color Manila to help celebrate the country’s biggest fun run and you could score entries for free.

‘Color Manila Run Year 5’ is happening this January 8, 2017 at the SM MOA Grounds with 3K, 5K, 10K, and 21K categories. But before that happens, HCPI has wrapped one of its fun 7-seater crossovers – the all-new BR-V – with a Color Manila-inspired livery which will make it rounds throughout the Metro. You’ll then have to spot the so-called ‘Honda BR-V x Color Manila Ride’, take a selfie with it, and post it on Facebook or Instagram.

When you do, make sure to tag Color Manila Run and Honda Cars Philippines. Also please include the hashtags #ilovecolormanila #CMR5 #HondaBRV and #RiseAboveYourLimits. Do this anytime from December 28, 2016 ’til January 13, 2017 and your post will be considered as an official entry.

So, what exactly can you win?

Do bare in mind that there will be 2 waves of winners. The first is open to all hopeful participants of the Color Manila Run Year 5 where two (2) lucky people will get complimentary Race Packs to enter the race in January. This will be drawn on January 4, 2017.

Meanwhile, the second wave is open to all Color Manila Run registrants only. Five (5) winners will be drawn on January 13, 2017 and win “exciting prizes” from Color Manila.