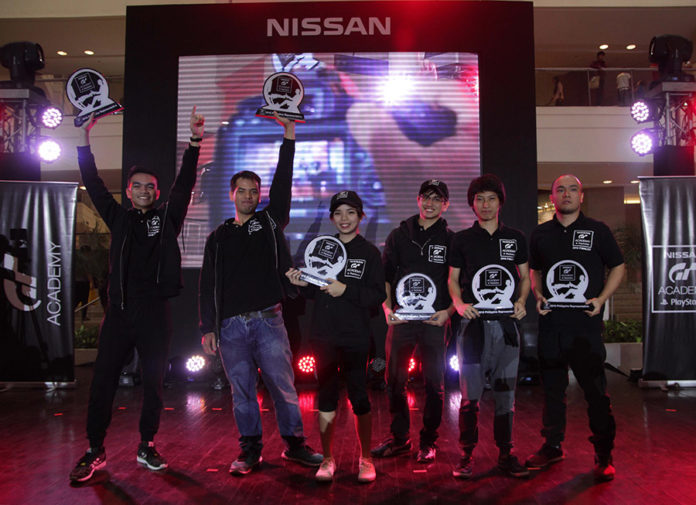 The search for the best Gran Turismo drivers in the Philippines has finally come to an end as Nissan Philippines Inc. (NPI) announces the Top 6 finalists of Nissan GT Academy 2016. But their journey from gamer to professional race car driver has only begun.

This year’s Recruitment stage drew over 21,000 participants, which was a big jump from last year’s 13,000 entries. The fastest 20 drivers then faced-off in the National Finals earlier this month. There they underwent a 4-part skill test involving physical, real world driving, and in-game challenges. A panel interview with motoring journalists also scrutinized their character to see who really had the winning spirit.

After all those challenges, these are the Top 6 drivers of Nissan GT Academy Philippines 2016.

If you missed it, Elysse is in fact a girl and makes her the first female finalist from the Philippines. She, together with the other 5, will fly to the Silverstone Circuit in the UK for Race Camp Week sometime in October and represent the country. Whoever bests all the other countries that include Thailand, Indonesia, North Africa, Mexico, and Australia will be crowned as the new NIssan GT Academy Champion.

That guy (or girl) will then undergo the Nissan Driver Development Program to be fully trained as an international race car driver and professionally race under NISMO.