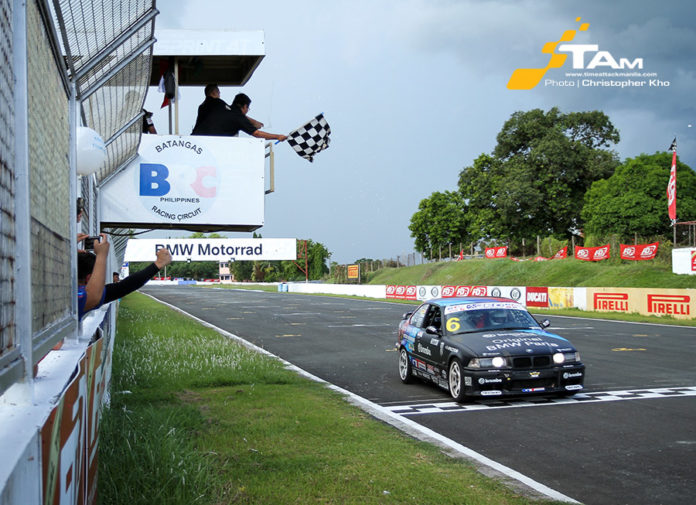 Organized by the Philippine Endurance Challenge (PEC), the very first GT Radial x 4 Oras ng Pilipinas saw 31 drivers, in 9 cars, in 4 categories line up on the grid last June 4 at the Batangas Racing Circuit. Only 7 of those entries would eventually make it to the finish line. The first to do so was the #6 BMW-AutoPerformance M3 that took both the FM1 Class and overall victory.

It, however, wasn’t the quickest machine on track during Race Day, not even in Qualifying. Pole position went to the #5 Parts Pro Racing Honda Civic that set a blistering 1:57.159 lap with ex-Asian Formula 3 driver Tyson Sy behind the wheel. BMW-AutoPerformance was 1.894 secs slower and could only manage P2.

Remember though that this is an endurance race where fastest times don’t matter. 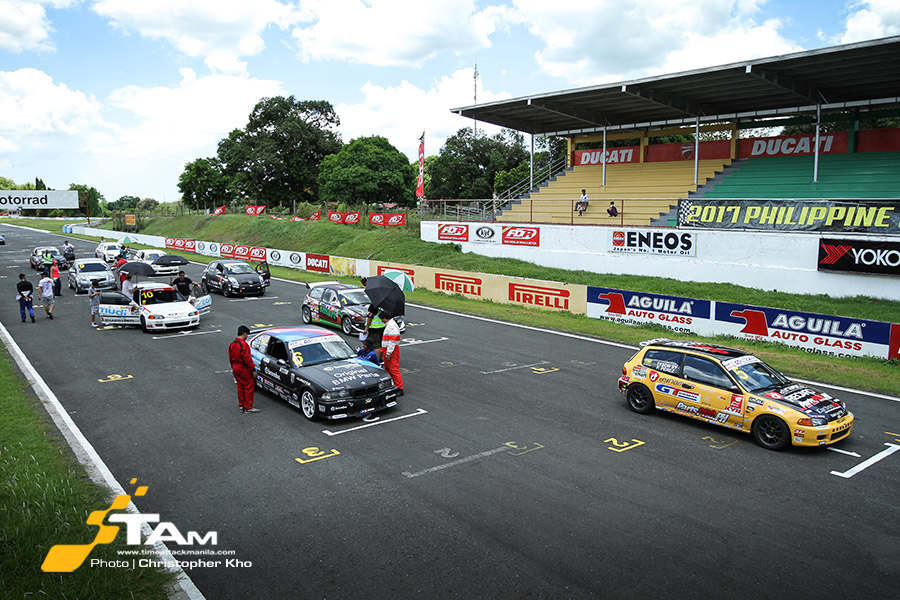 At exactly 12:00 NN on Sunday, lights officially turned green marking the start of the 4-hour race. But it only took 15 minutes before the safety car had to come out. The SmartFuels Honda Civic of Geoff Aguisanda and Don Freu blew its engine and stopped on track, making it the first casualty of the day.

Tyson and teammate Paul Henderson Perez stayed in the lead once the race resumed and from this point on, Parts Pro Racing really looked to be on route to an easy win. 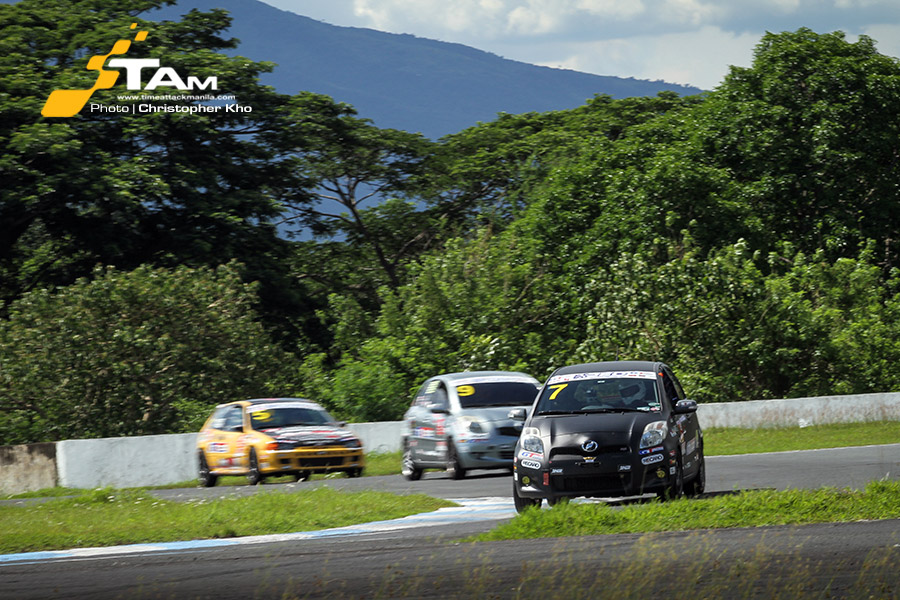 Behind them, the 2 KYB Toyota Yaris were in control of the FM2 Class. Steve Travers, Gay Dela Merced, Sherwin Bargos, Ryan De Lara, and Mars Ocampo in the silver #9 car would cover 99 laps to finish 1st in class at the end of 4 hours. With 2 laps less, the black #7 car shared by Robert Tan, Edward Dela Rosa, Andrew De Asis, Robbie Alvarez, and JC Baguisa took 2nd.

Team Carmudi’s #10 Honda Civic took the last podium spot in 3rd with John Diego, Ron Catindig, and Bubi Camus completing 84 laps. They would pick up another 3rd place finish in FM1 after the #2 Team ATA Honda Civic of Jonathan Nazareth, Deejay Rabara, George Jocson, and Mark Castro suffered a DNF in the closing stages of the race. 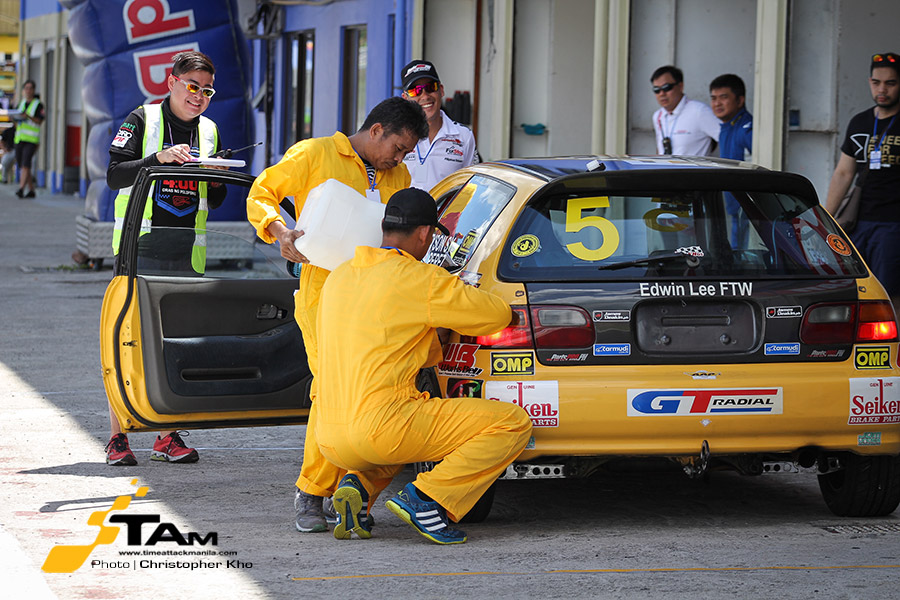 Despite losing almost an hour in the pit due to repairs, Team BRP never gave up. Pepon Marave, Charlie Cruz, Marvin Herrera, Frank Sauceda, and Michael Apacible finished the race 4th in class with their Toyota Corolla completing 68 laps.

A more efficient pit strategy allowed BMW-AutoPerformance to claw away at Parts Pro Racing’s lead and by the race’s halfway point, moved up to 1st overall. Parts Pro Racing responded and attempted to regain the spot with only an hour to go, but were unsuccessful. 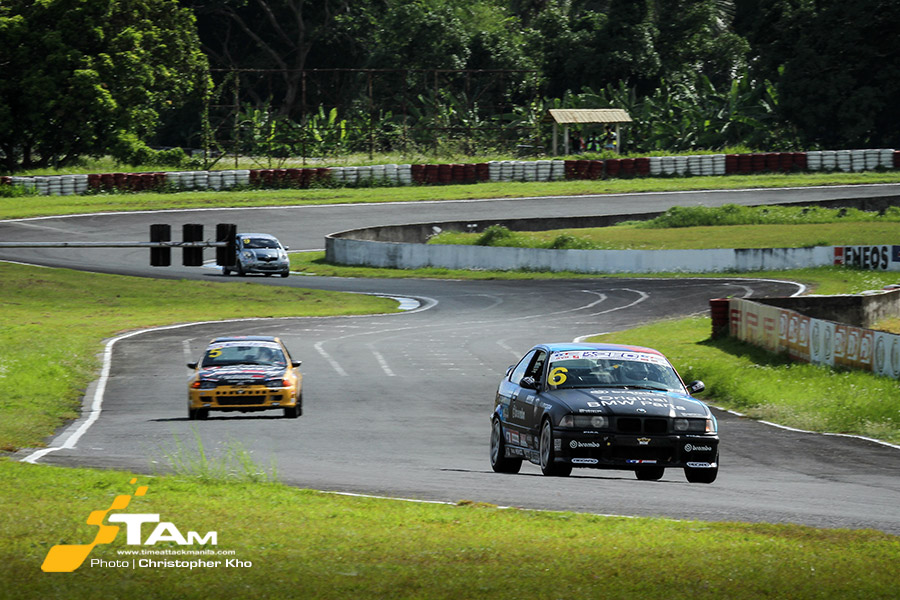 At the end of 4 hours, covering 108 laps in total and 400 km non-stop, Francis Aguila, Stefan Ramirez, and Enrique Hormillo crossed the finish line 1st overall and in FM1 Class. And they achieved it on a single set of GT Radial SX2 tires in their BMW M3 E36.

Parts Pro Racing’s best efforts earned them a very respectable 2nd overall and in FM2. Meanwhile, the #3 Centrum-Rainbird of Al Cañete and Katherine Lim got a well-deserved 3rd place. The retirement of Smart Fuels also allowed them to win in RP Class. 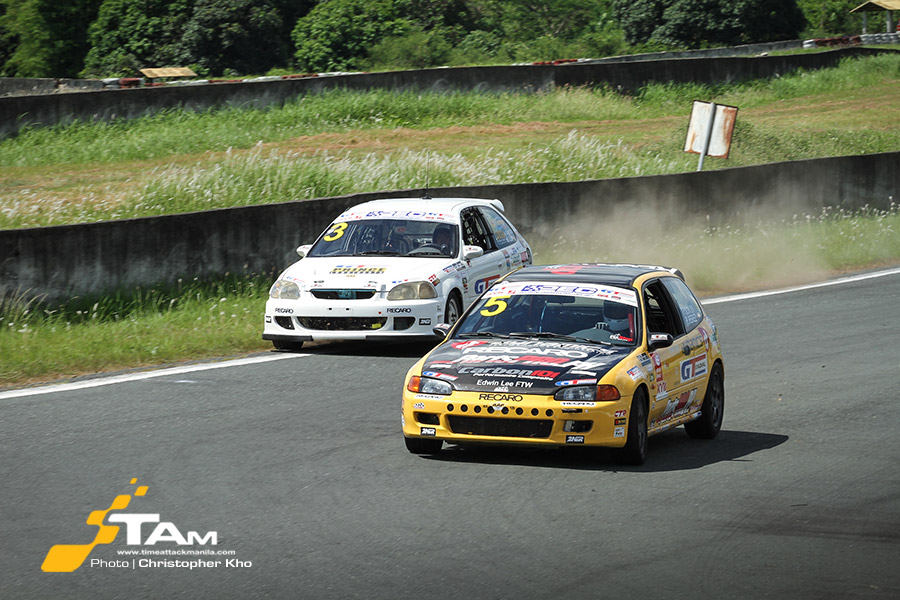 With these new entries, expect a bigger grid at the GT Radial x 8 Oras ng Pilipinas that’s happening on November 25/26 at the Batangas Racing Circuit. 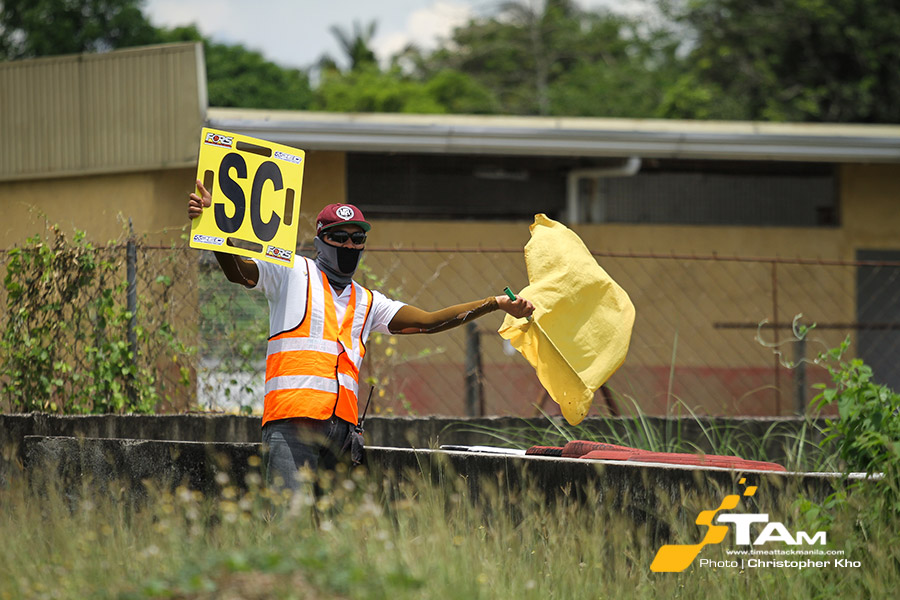 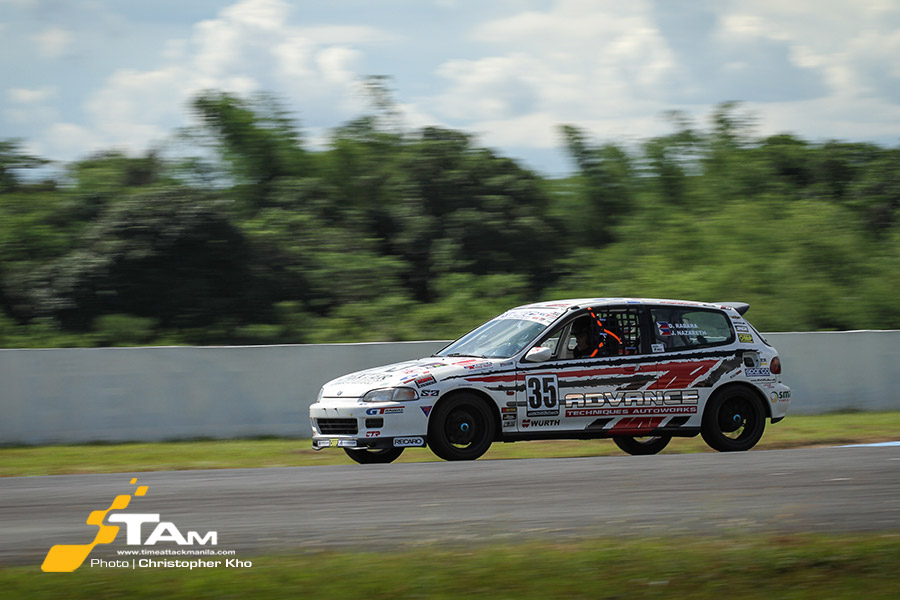 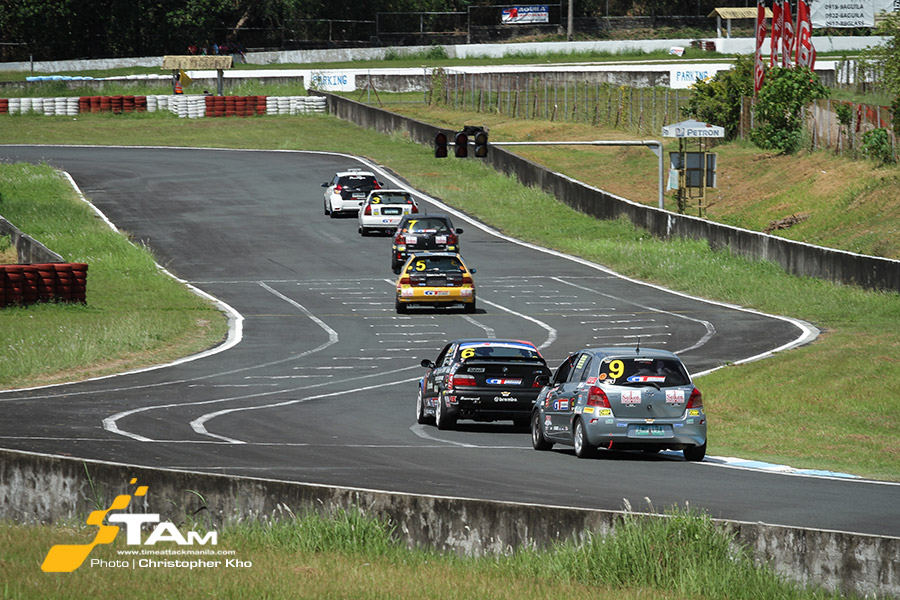 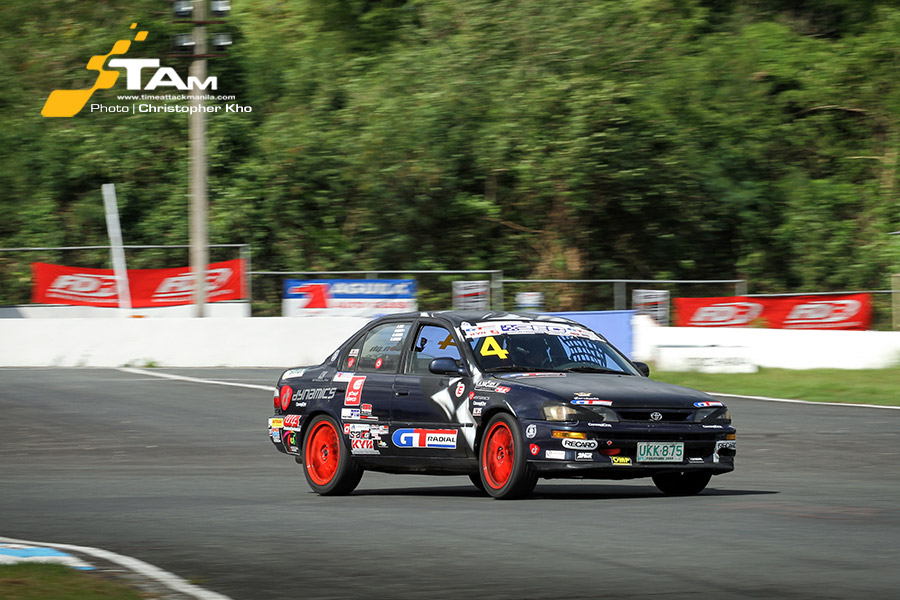 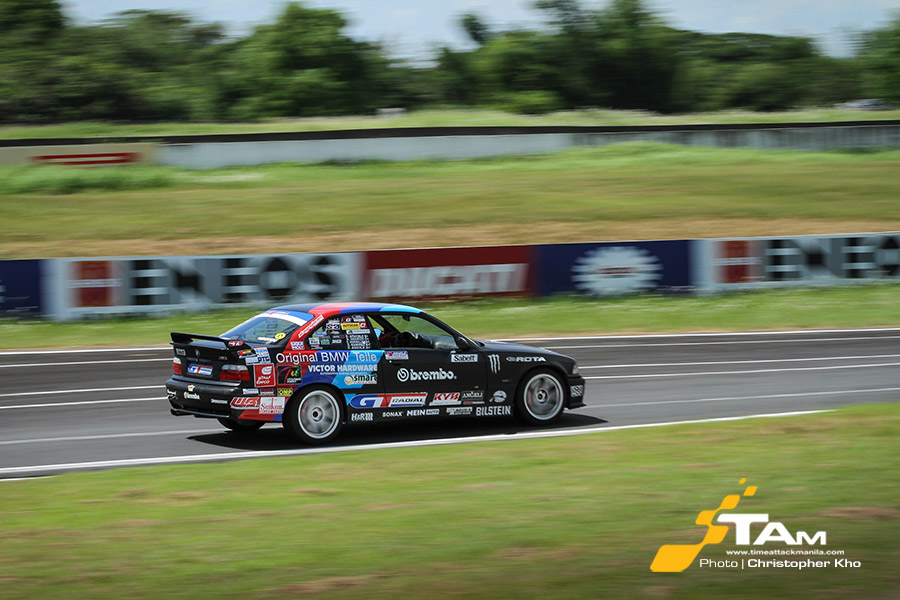 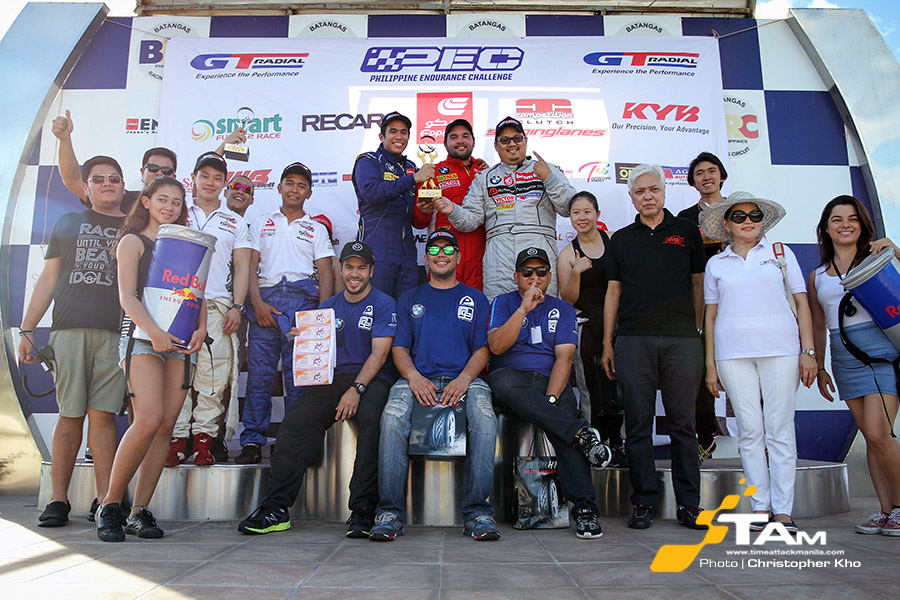