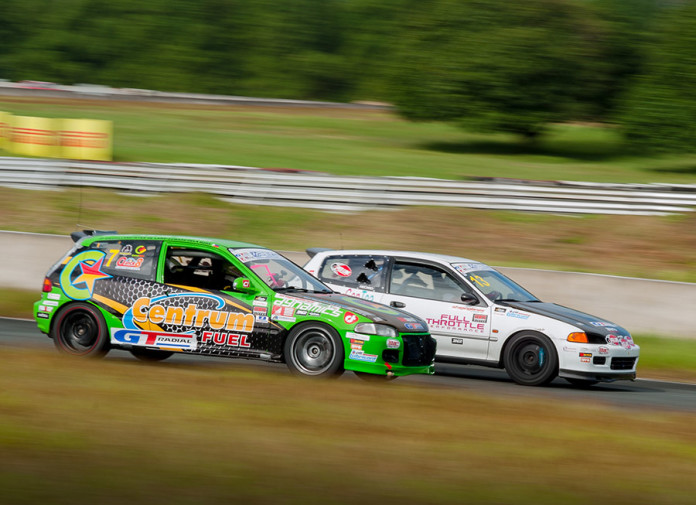 Pole position, however, belonged to the No. 13 Honda Civic EG of Team Full Performance. A blistering qualifying time of 1:55.671 on Saturday allowed them to start on the front row and take an early lead when the lights whet out at 8:25 AM on raceday. But that would quickly change during the first round of pit stops at the 2-hour mark. When the cars returned to the circuit, 1st place was inherited by the Toyota Starlet of GNOME Racing. 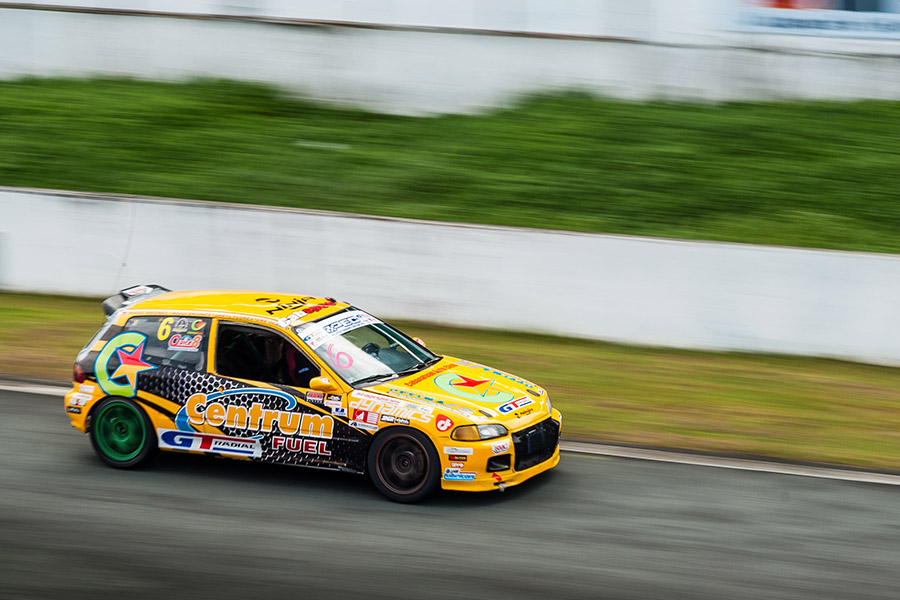 Standings remained constant throughout the day while the race stayed incident-free… mostly. The only real drama happened on hour 7 when the GNOME Starlet suffered a transmission problem, prompting the first and only release of the safety car. There was also the No. 2 Honda Integra DC2 of JMA Racing that spilled fuel along the pit lane due to a broken fuel tank strap.

This catapulted the No. 7 Centrum Fuel Civic EG to 1st overall until the chequered flag came out, earning them the RP Class victory in the process. Finishing only a second behind was its No. 6 sister car driven by Mikko Briones, Emerson Ocampo, Migui Briones, and Paolo Flores giving Team Centrum Fuel a 1-2 finish.

In 3rd overall and only 1 lap behind was the No. 9 Rainbird Philgerma of Macky and Nico Canete. Remarkably, the brothers from Cagayan De Oro recorded the longest stint of 4.5 hours with Macky behind the wheel. 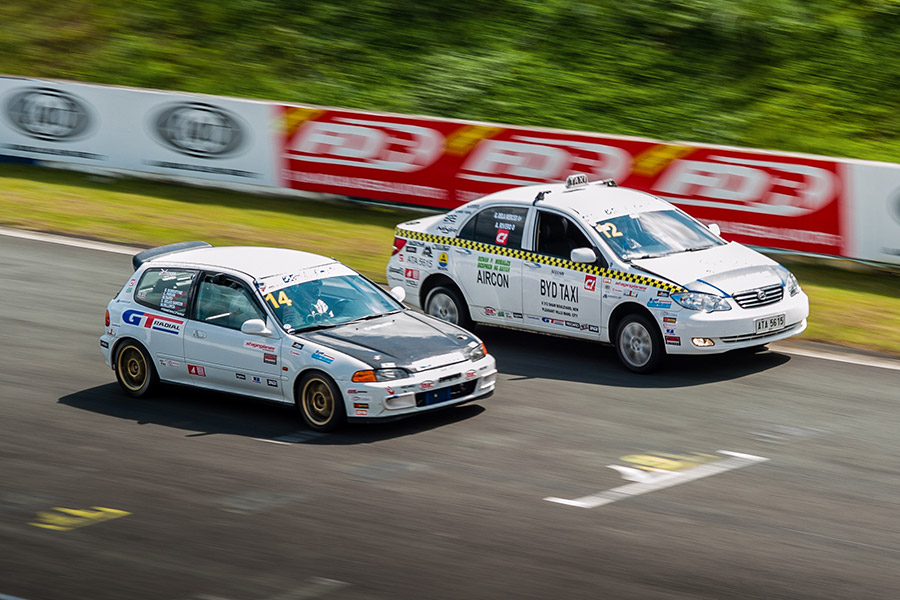 The FM2 Class, for vehicles below 150 hp, was dominated by the BYD/Blanco Race Engineering (BRE) F0 with 205 laps. Team BCON finished a mere 10 secs behind after 8 long hours, while Grupo Toyota’s FLOWER POWER AE101 came in 3rd 2 laps behind. Meanwhile in FM1, Team TORA TORA finished in 1st after completing 210 laps, the multiple-entry BYD F0 in 2nd, and FTP SPARTA in 3rd.

Other notable finishers were the No. 16 Toyota Corolla DX of Mark Bernardo, Albert Quiroz, and Daniel Leonardo for being the oldest running entry and the BYY/BRE F3 of Gab Dela Merced and Angel Rivero stood out because of its taxi-inspired livery.

Remarkably enough, there were only 3 retirements out of the 17 started. There was also a significant decrease in violations and penalties during the race – a testament to the increased safety and improved driver maturity in the PEC. But the biggest change this year is the addition of the Automobile Association Philippines (AAP) to oversee the event and act as stewards. This put the event under evaluation, which will allow future races to be sanctioned. 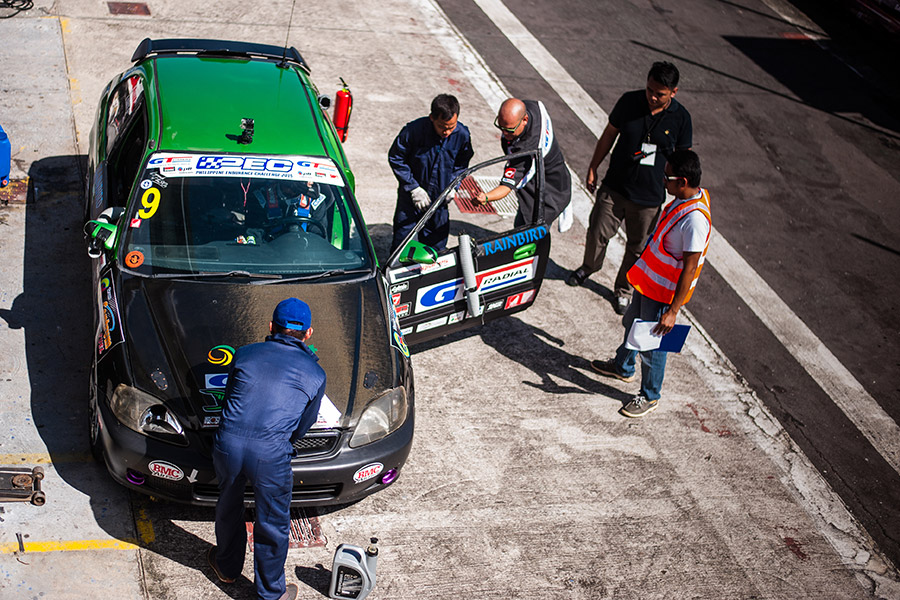 For more info and the latest updates, Like the official Flat Out Race Series page on Facebook. 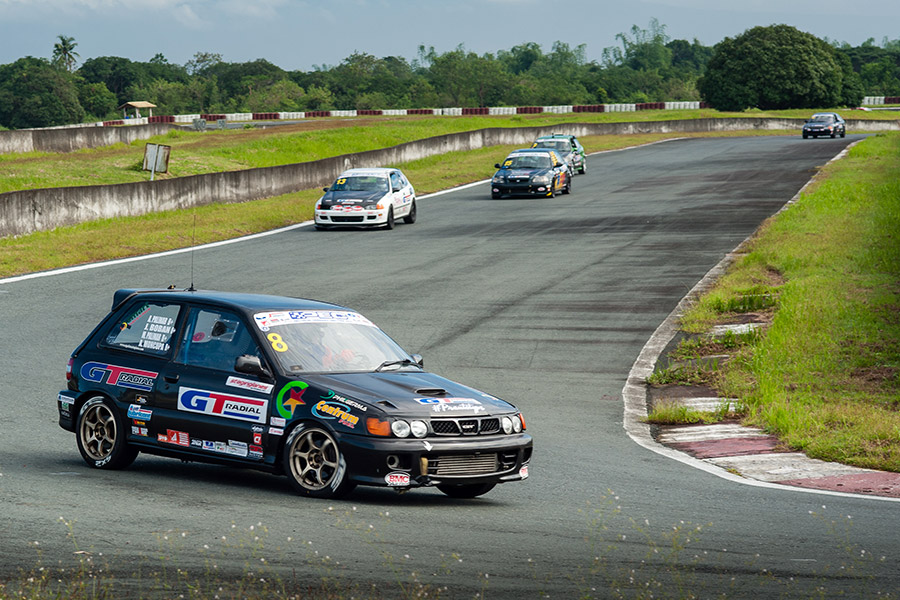 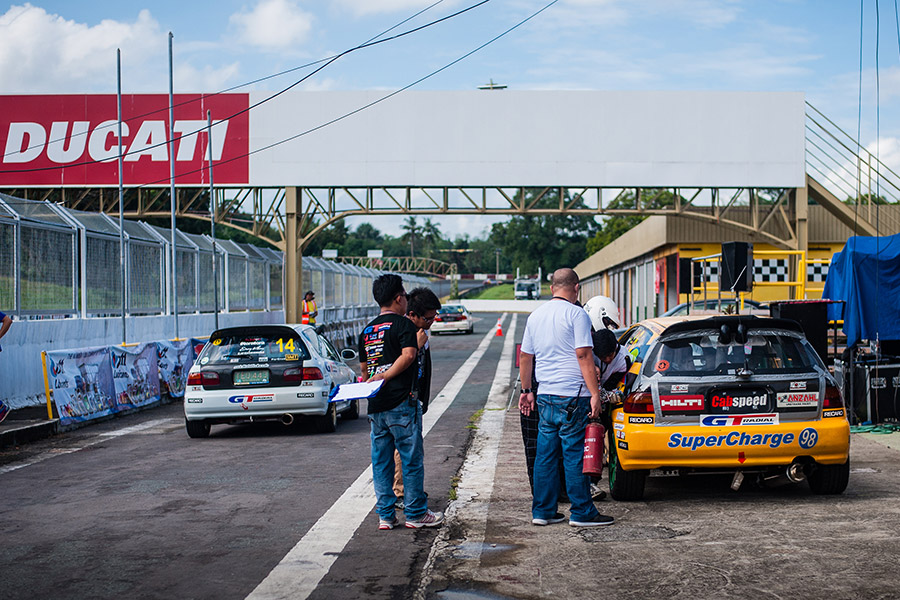 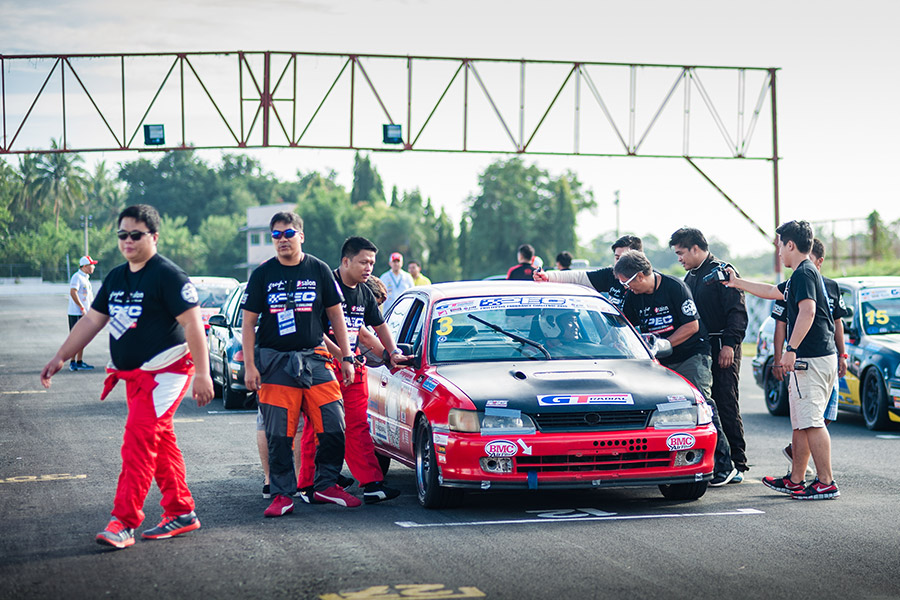