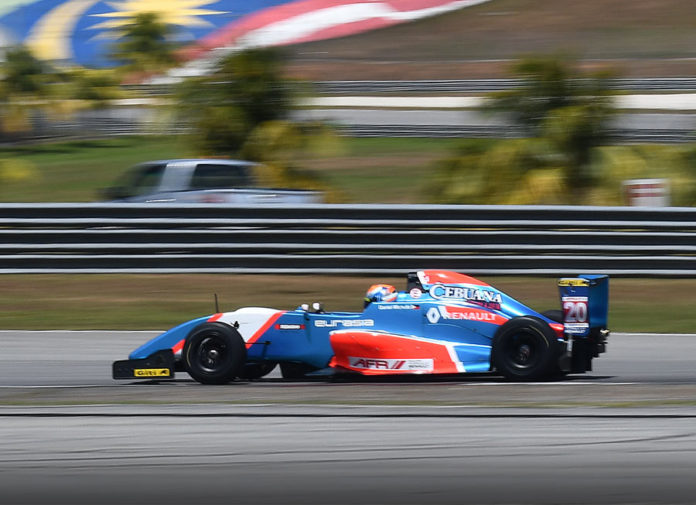 When compared to other drivers in the 2018 Asian Formula Renault (AFR), Daniel Miranda is a rookie on the Sepang International Circuit. It was only his very first time to go around the 5.543 km track last August 24/26 during the series’ fifth event. But despite his zero experience, the Filipino driver made a strong impression by consistently finishing in the top 5 all weekend.

Miranda only had five sessions to learn the circuit before Qualifying and Race Day. He also admitted that it wasn’t easy adapting to the high speed layout, plus the hot Malaysian weather as it was highly demanding on physical fitness. 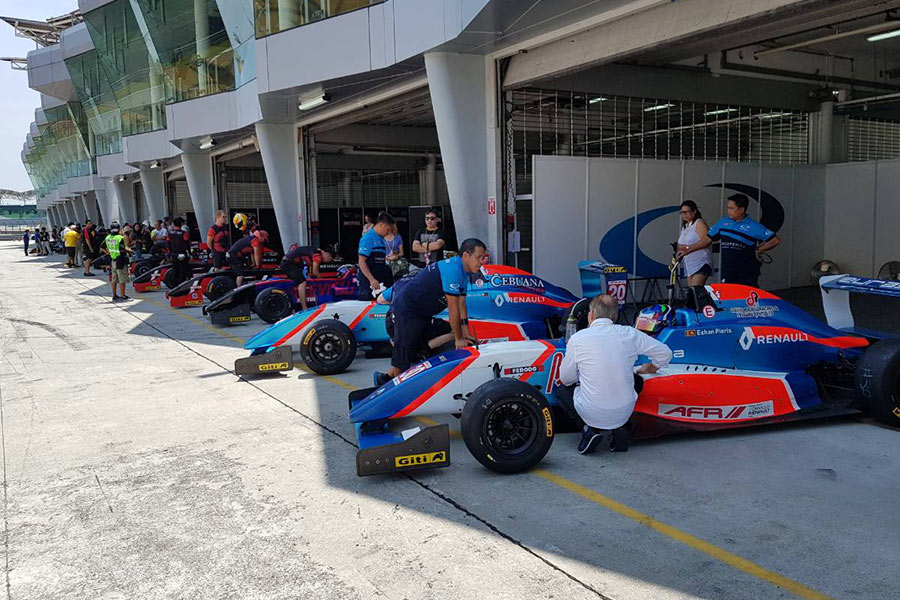 With help from Eurasia Motorsport team engineers and coaches, he improved at every outing and quickly closed in on the front runners. The #20 Cebuana Lhuillier-backed car moved from P7 in FP1 to set the 2nd fastest time by FP2. Miranda maintained this pace into Qualifying where he would out-class his teammate’s P7 to line up P5 on the grid.

A poor start in Race 1, however, dropped him down several spots to P8. He pushed hard to regain lost ground and impressively was back in P5 by the end of the first lap. Miranda then chased after teammate Eshan Pieris all the way to the chequered flag in 5th.

Learning from his earlier mistake, he was able to get a quick launch off the grid in Race 2 and moved up a spot. He worked hard to maintain P4 in the opening stages, but later struggled on old tires as opposed to new sets used by the other competitors. This would cost him a position, yet still allow Miranda to finish again in 5th place. 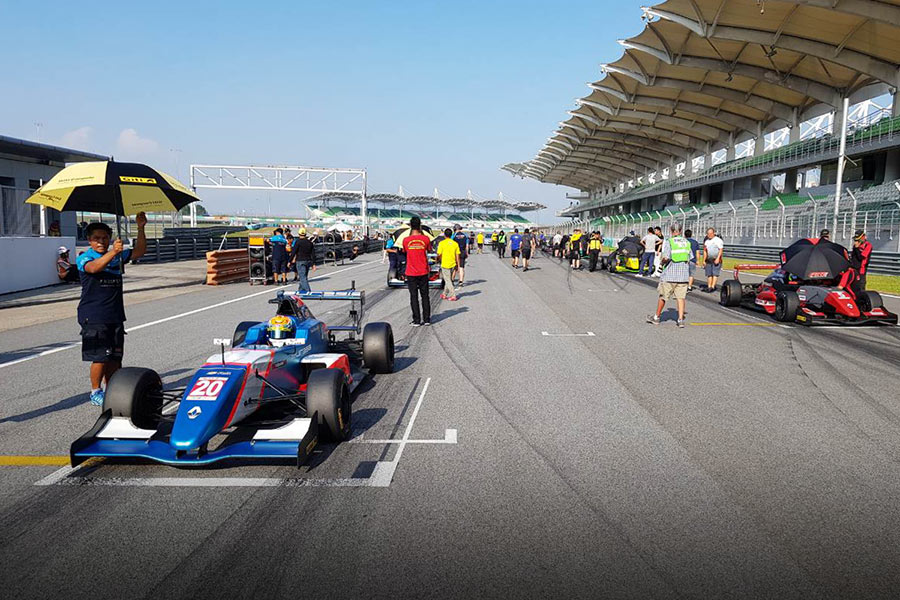 His performance in Malaysia now puts Daniel Miranda 5th overall in the Drivers’ Championship. He will continue his chase for more podium finishes when the AFR returns to the Sepang International Circuit on September 28/30 for the 2018 season finale.

Daniel Miranda: “I’m very happy with my results at Sepang and we’re now up to 5th in the driver’s championship. It’s just my first year racing in single seaters so this is a great achievement for me. I will continue to push myself as a driver and hopefully I can get back on the podium this September for the last round. Thank you Cebuana Lhuillier and everyone who have been supporting me since the start of the season.”

Roland Hermoso, Driver Coach & Manager: “We were just aiming for a top 6 finish since it was only Daniel’s first time in Sepang, as compared to the rest of the grid who have raced here before. But to see Daniel improve so fast and to come out this strong is a fantastic result from the weekend. It has been a great season so far and can’t wait to fight for stronger finishes when we return to Malaysia for the finale next month.” 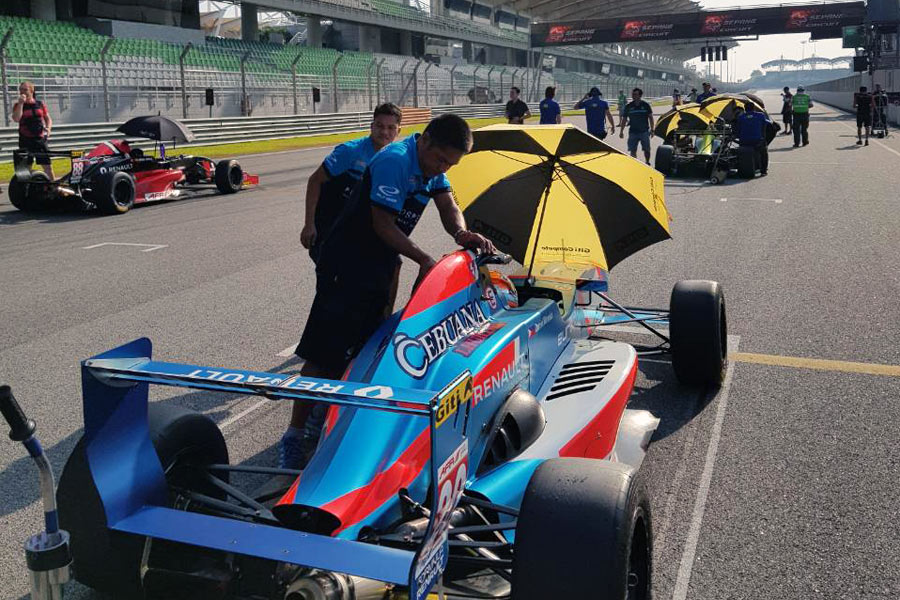 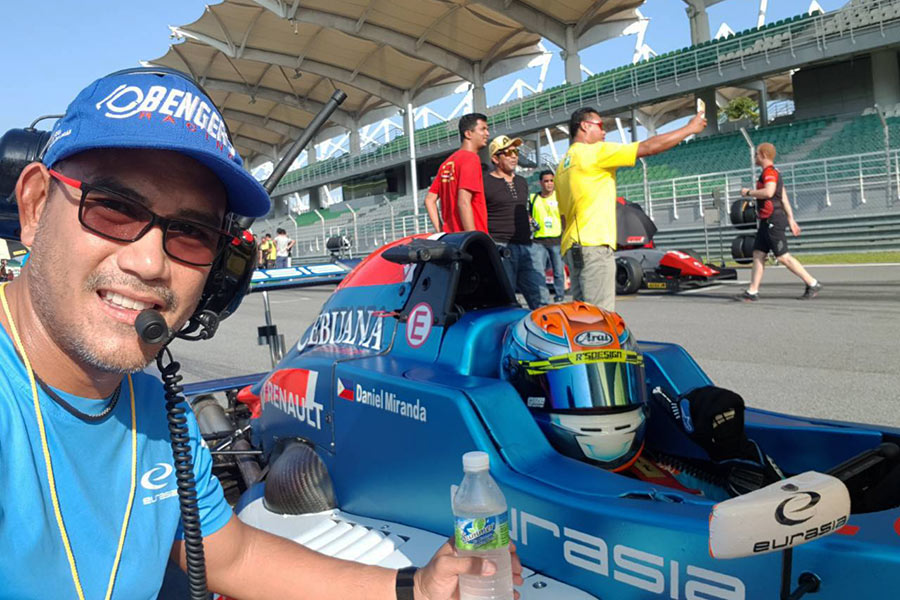