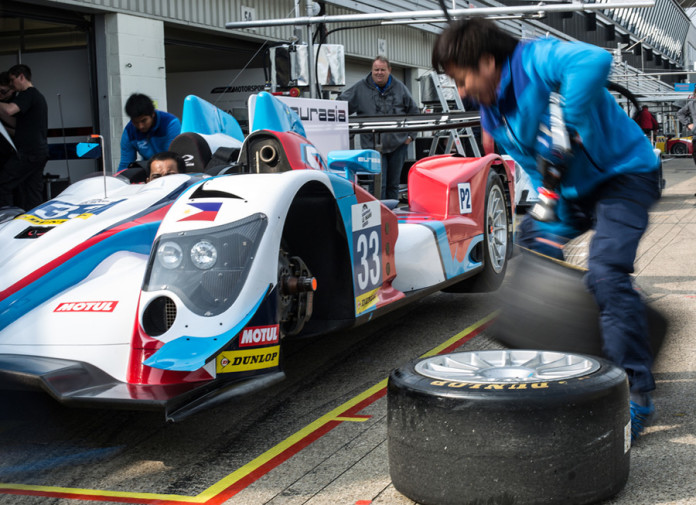 Whether you like motorsports or not, as long as you’re a full-blooded Filipino or Filipino by heart, there is one good reason why you should watch the 24 Hours of Le Mans this year. And that is the No. 33 machine of Eurasia Motorsport who will race under the Philippine flag.

Yes, the team has been granted an entry to the 2016 edition of the legendary 24 hour race, set to take place this 18th and 19th of June. There, they’ll run their brand new ORECA 05 Nissan (sporting a huge Philippine flag on its front) against 21 other international teams in LMP2.

As the name suggests, Eurasia Motorsport is a fusion of talent from 2 continents to offer the best of both worlds. But while there are Pinoys amongst their ranks of mechanics, engineers, and staff, their driver line-up is sadly Filipino free. Still, that won’t stop us from cheering for Frenchman Tristan Gommendy, Dutchman Nick de Bruijin, and Chinese driver Pu Jun Jin who will share Eurasia Motorsport’s No. 33 LMP2 contender around the Circuit de la Sarthe.

After all, they are racing the Philippine flag for us, which is a first in motorsports history. And in case they win, do take note that it will be our national anthem that will be played on the top spot of the podium, not theirs.

“Eurasia Motorsport is incredibly excited to have the opportunity to compete in the world’s greatest race, the 24 Hours of Le Mans. I like to think we are representing Asian motorsport with our all-Asian team and the fact Eurasia has an entry reflects the growth and success of the sport, but particularly the Asian Le Mans Series (AsLMS),” said Eurasia Motorsport Team Principal, Mark Goddard.