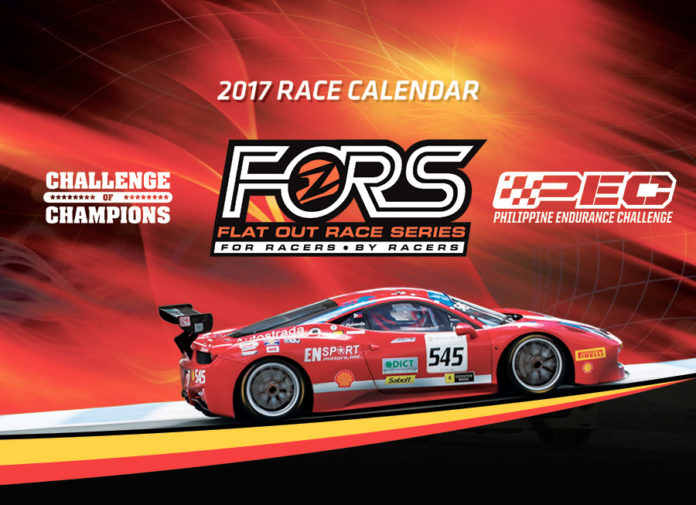 At last, the off-season break is almost over. We can all finally put on our helmets, strap in the driver’s seat, and hit the track when the 2017 FlatOut Race Series (FORS) begins this month.

Now entering its third year, the country’s premier grassroots motorsport event has made some improvements for the upcoming season. One area is on the total number of races in the 2017 calendar, which has increased from 9 to 10.

FORS will still have 8 championship rounds, beginning on March 18 at the Batangas Racing Circuit (BRC) and culminate on October 14 at the Clark International Speedway (CIS). The 8 Hour GT Radial Philippine Endurance Challenge (PEC), the longest and only endurance auto race in the country, will also still be the year-ender. What’s new though is the shorter, more bite-sited 4 Hour Philippine Endurance Challenge in June where teams and drivers can train before taking on the full on 8 hour race.

Then there’s the Rules and Regulations that was revised to encourage better sportsmanship, further develop driver skill, and upgrade safety standards. Several items were added to prevent possible future disagreements between drivers, organizers, and race officials. Hopefully, this ensures that we’re all still friends at the end of the year.

As for competition’s sake, champions in Brackets B, C, D, and E may only win in their class for 2 consecutive years. They then need to move up to the next higher grid after squatting in the same bracket for such a long time.

But the most important change in 2017 is on safety. A driver’s side Race Net is now mandatory for all, while having an on-board video camera is a must for Grid racers. 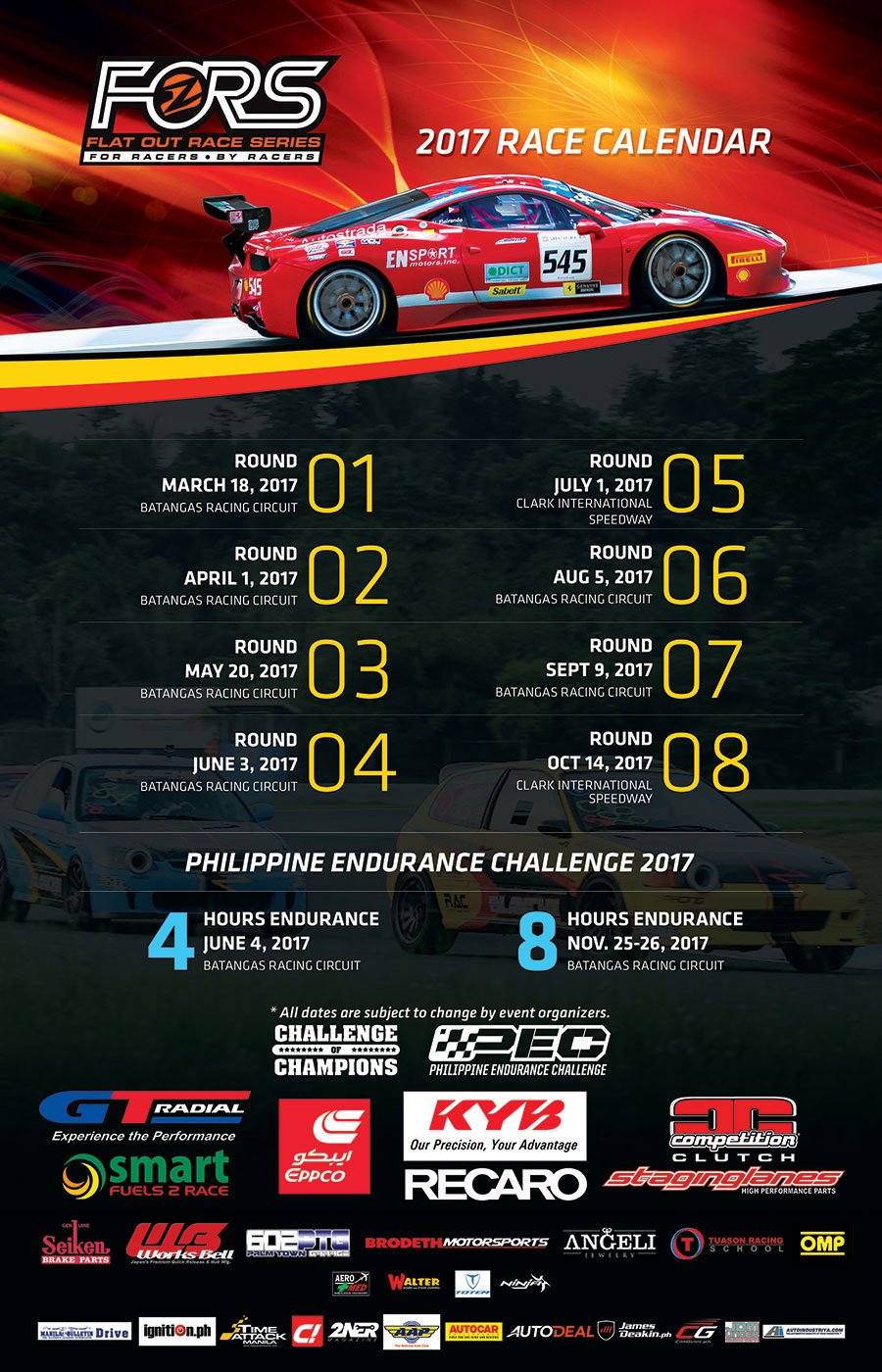 “Our goal for 2017 remains the same, to development local motorsports in a fun, easy, and accessible program in a proper, safe environment where true skill can thrive. With this, we’ve introduced several new regulations to further improve safety standards for all participants. The Automobile Association Philippines (AAP) will also continue to watch over the races, helping us enhance our knowledge as organizers,” said FlatOut Race Series co-founder Edward Dela Rosa.

Entry fee is for the Time Attack and Grid Race is P3,500 per class, inclusive of timing and driver insurance. Package discounts apply if a participant decides to join more than one class.