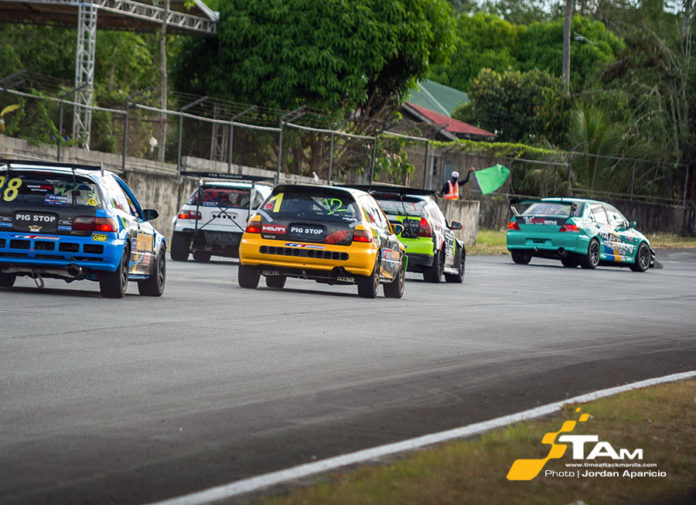 Despite soaring temperatures, 80 entries braved the summer heat just so that they could go racing in Round 3 of the Petron FlatOut Race Series (FORS). This proved to be a challenge for both man and machine last 19th of May 2018. But that didn’t stop Don Don Portugal from setting a new record at the Batangas Racing Circuit (BRC).

He clocked a 1:42.573 lap in his Mitsubishi Evolution 7, equipped with Zestino Circuit 01S tires. This beat the previous best by a slim 0.077 sec margin and earned him 1st place in Bracket R. 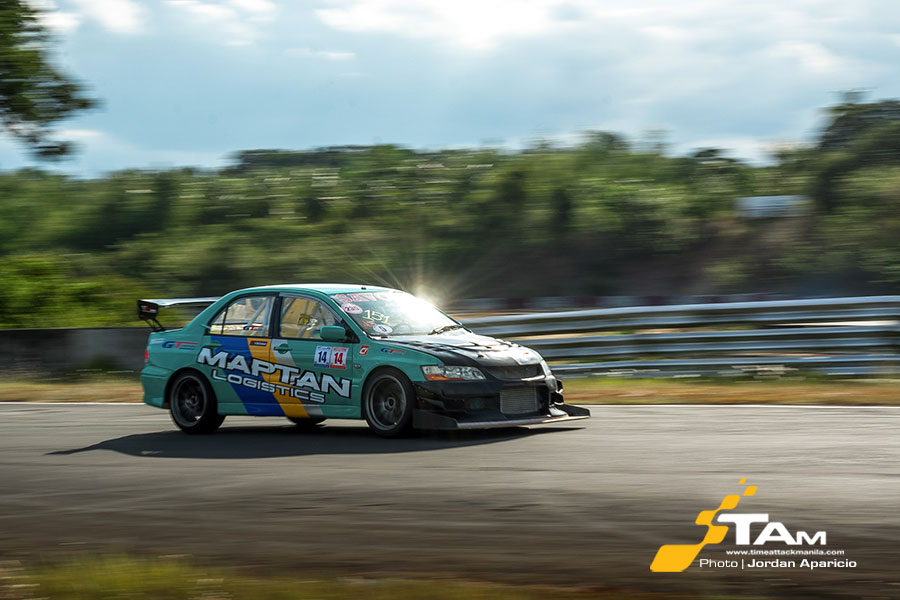 Down the field, the Staunch Performance Grid D race provided the most action in the day. 16 drivers fought for the lead in the 10-lap race and in the all the chaos, the driver who crossed the finish line 3rd would eventually take the win.

Time Attack
Rafael la O’ in the Staunch Performance Honda Civic EK, on the other hand, set the pace in Bracket A with a 1:46.652 lap on GT Radial SX2 tires. Don Don came 2nd while Eduardo Suiza in the W-Autosport / Staging Lanes Honda Civic EG was 3rd.

Emerson Ocampo in the Centrum Fuel x GT Radial Honda Civic won Bracket B why a whisker. His 1:56.207 best was only 0.089 sec quicker than Christopher Co in 2nd place. Jero Consing was 3rd with a 1:56.406 lap. The widebody Civic EGs of Sonny De Torres and Julian Diego dominated Bracket C and ended up 1st and 2nd, respectively. Luke Mendoza was 3rd in the Ethanworx Racing Team x Speedtuner Engineering Subaru WRX STI. 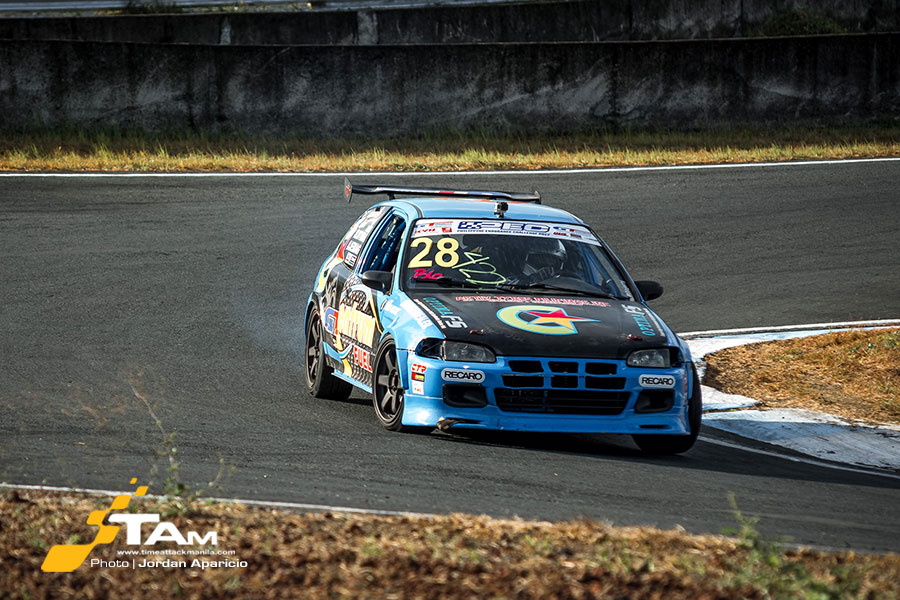 Instead of calling it a day, Dominique Bon decided to run his detuned Honda Civic EK in Bracket D due to a broken turbo. He won over Robert Tan in the Grupo Toyota Yaris and AAP Motorsport Development Program (MSDP) graduate Armand Marcaida.

Avin Villaseñor scored his 3rd consecutive win in Bracket E, while 15-year-old Kody Ng was the quickest in Bracket F. Then there was lady driver and MSDP graduate Gabie Desales who beat the boys in Bracket G to win on only her second FORS outing.

Christopher Co finally took the top spot on the podium in the 86 Class, followed by Jermyn Sy in 2nd and Edwin Sarmenta in 3rd. 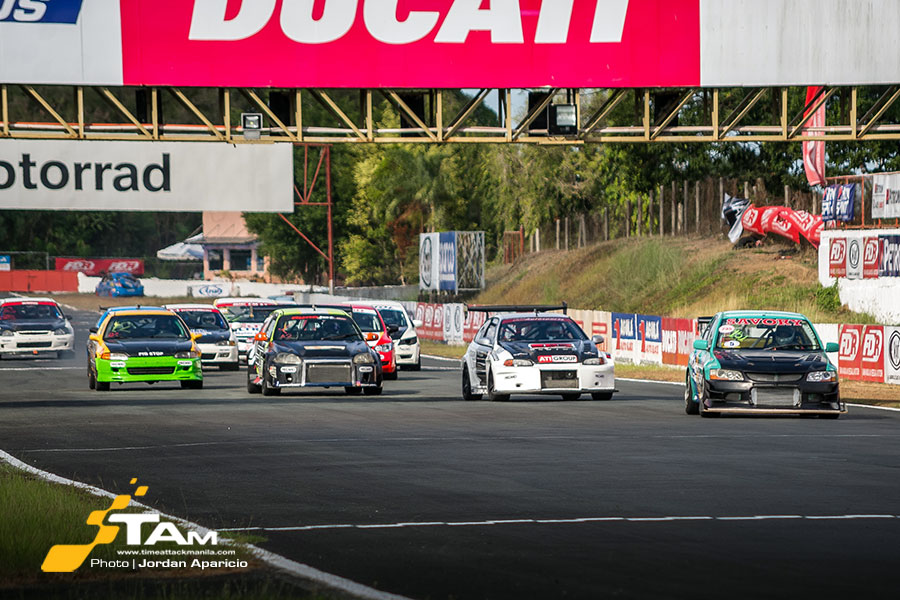 Grid Race
Supported by the FORS’ official fuel and oil Petron Blaze 100 Euro 6 and Petron Blaze Racing, the combined 12-lap Petron Grid A, KYB Grid B, and Recaro Grid C race was a battle for outright speed. Don Don Portugal once again set the pace and enjoyed a lights to flag victory with a comfortable 24.518 secs lead. Rafael la O’ and Eduardo Suiza played catch up and finished 2nd and 3rd.

Emerson Ocampo mirrored his performance in the Time Attack session lead the KYB Grid B race for good reason. He broke out of his bracket time and dropped to 3rd after serving his penalty. This gave the win to Paolo Santos in the Honda Civic FD followed by Ethanworx Racing Team’s Jonmark Ong in 2nd.

It was a similar story in Recaro Grid C where Paul Santos inherited the win after Julian Diego and Sonny De Torres were handed hefty time penalties. The 2 had a fierce battle for the lead which resulted in both drivers breaking out. 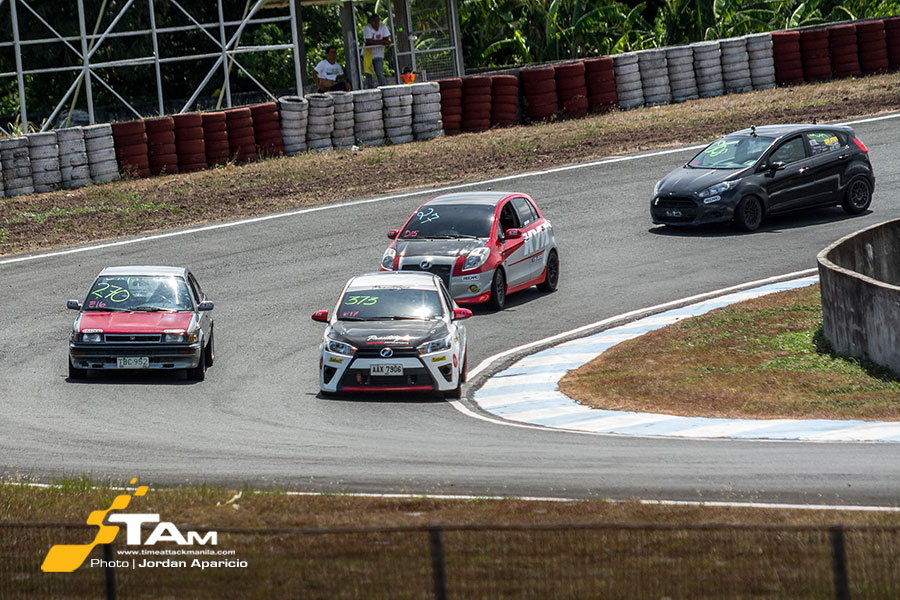 Up to 10 drivers battled for 1st place in the 16-car Staunch Performance Grid D race. John Benedict Carbonel in the Honda Civic EK and Errol Panganiban in the Carporn Racing Mazda MX-5 were in control upfront, but broke out of their brackets and lost their positions. This rewarded Andre Tan’s consistent driving with a hard-earned 1st place, followed by Erwin Manaog in 2nd and Carlos Marzo in 3rd.

Mars Ocampo in the Toyota Yaris won the SmartFuels 2 Race Grid E race with a 0.851 sec advantage over Jeff Pobadora. Jun Cabrera, who drove a Yaris instead of his usual Civic EG, finished 3rd.

There’s going to be a short break before the Petron FlatOut Race Series resumes on June 8, 2018 at the Clark International Speedway for Round 4. 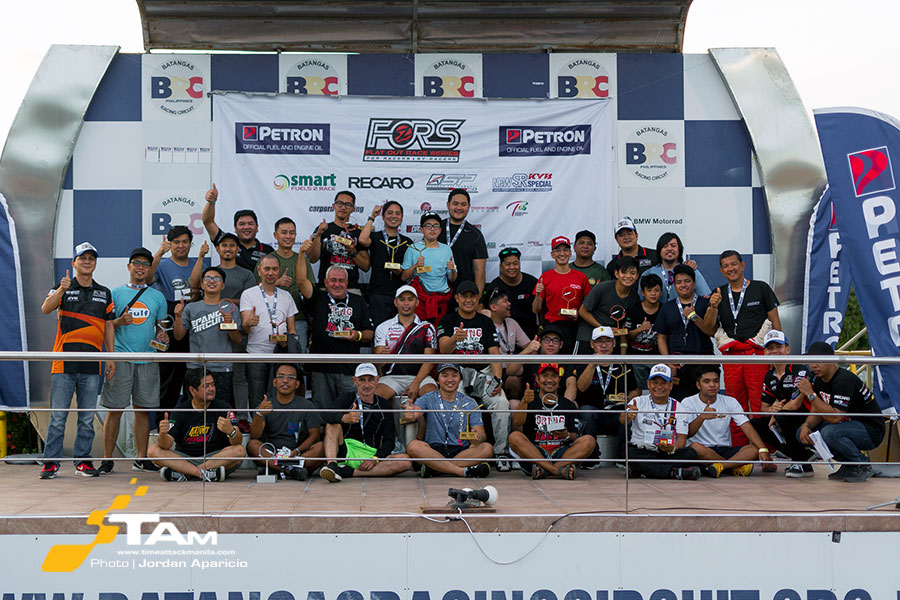 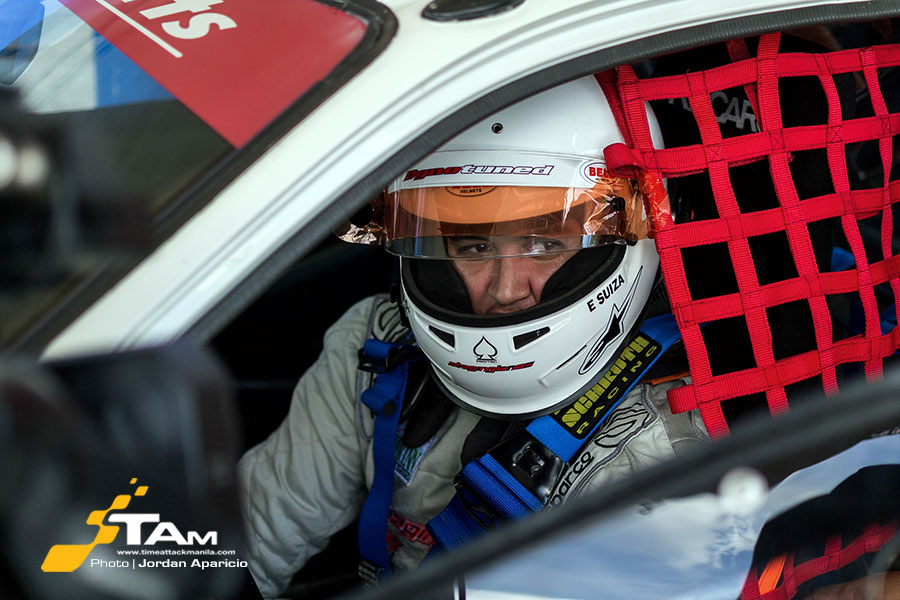 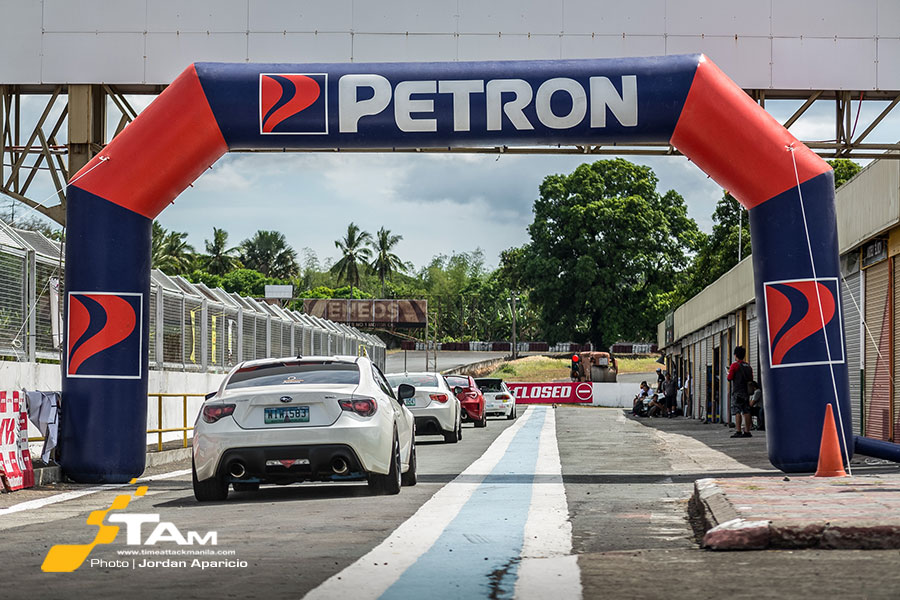 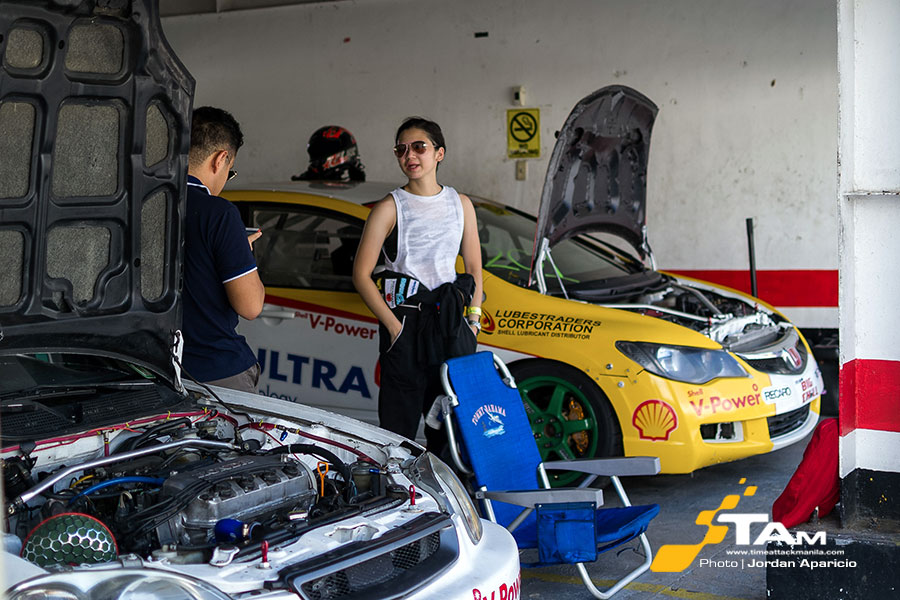 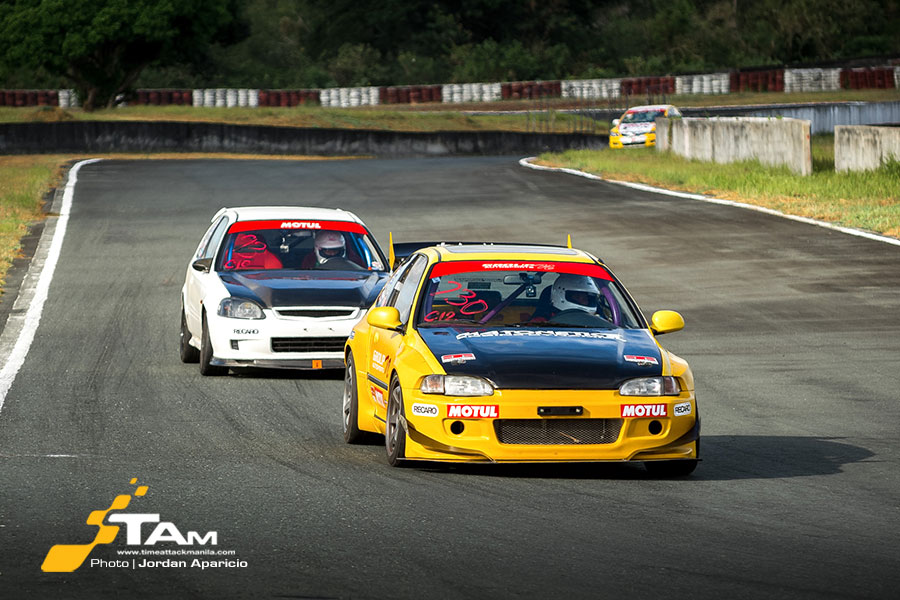 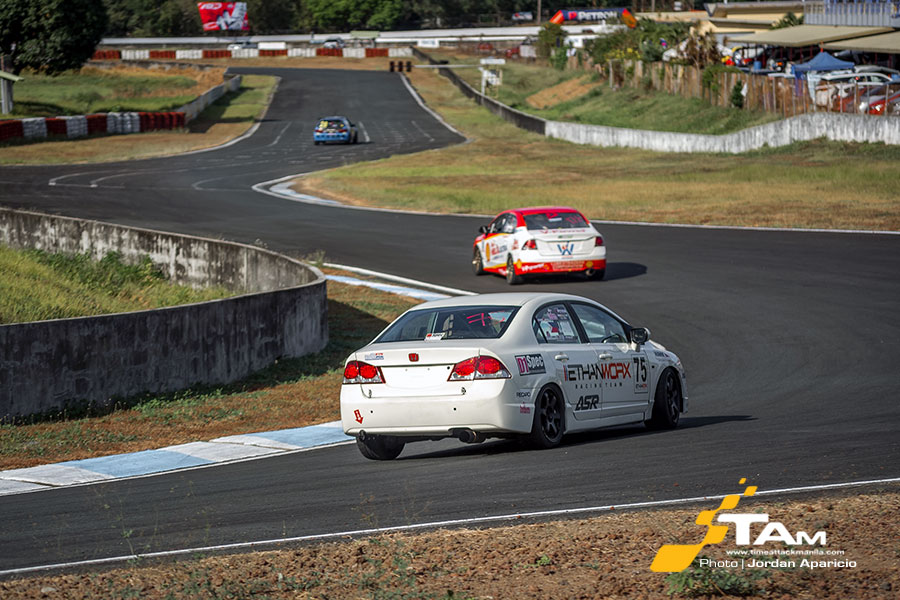