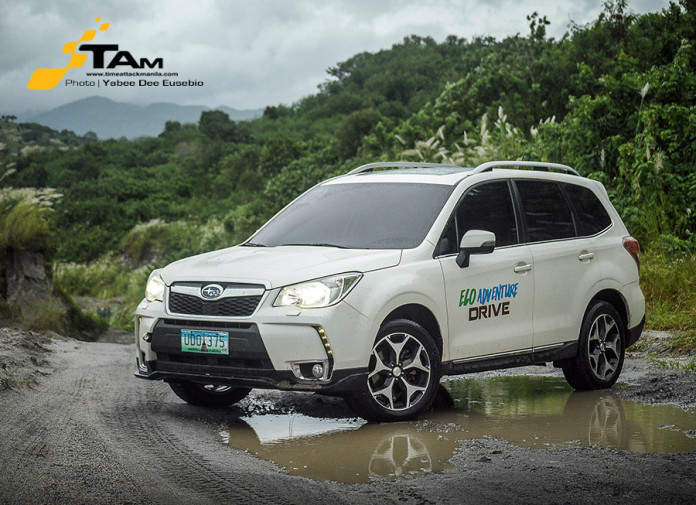 While Symmetrical All Wheel Drive does make all Subarus (except the BRZ) perform well on the toughest terrain, its local distributor Motor Image Pilipinas wanted us to know that its vehicles are also practical for everyday use. So, they took us on a ‘EcoAdventure’ to prove a point.

The trip comprised of 2 parts: an Economy Run from Manila to Pampanga followed by an Off-Road Adventure in Sapangbato, Angeles. Our weapon of choice was the top-of-the-line Forester XT with all of its 237 hp and 350 Nm of torque from its 2.0L 4-cylinder boxer engine. With those numbers, there’s always a misconception that these type of engines have an appetite for gasoline, but we were determined to prove that wrong. 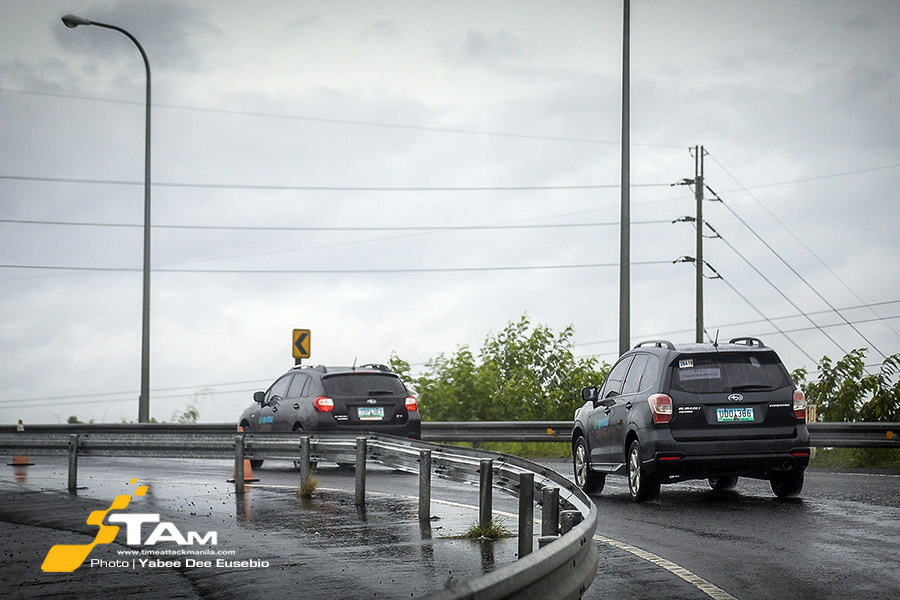 After getting a tank full of fuel, we made our way through the morning rush hour traffic along EDSA. This forced us to use more fuel than we would have wanted, making it hard to get the best fuel efficiency numbers. But that soon changed once we hit the highway. Holding an average speed of 65 km/h, this was a true test of discipline as there was always the temptation of going flat out knowing that we had all that power resting under our right foot. However, our curiosity to see the Forester produce such economical numbers outmatched our desire for speed.

As we reached our pit stop, the Forester XT was topped up with 7.56 L of fuel after a 106 km drive which calculates to 14.02 km/L. Although we were satisfied with the result of our hard work, we can’t help but think how well the other teams did. 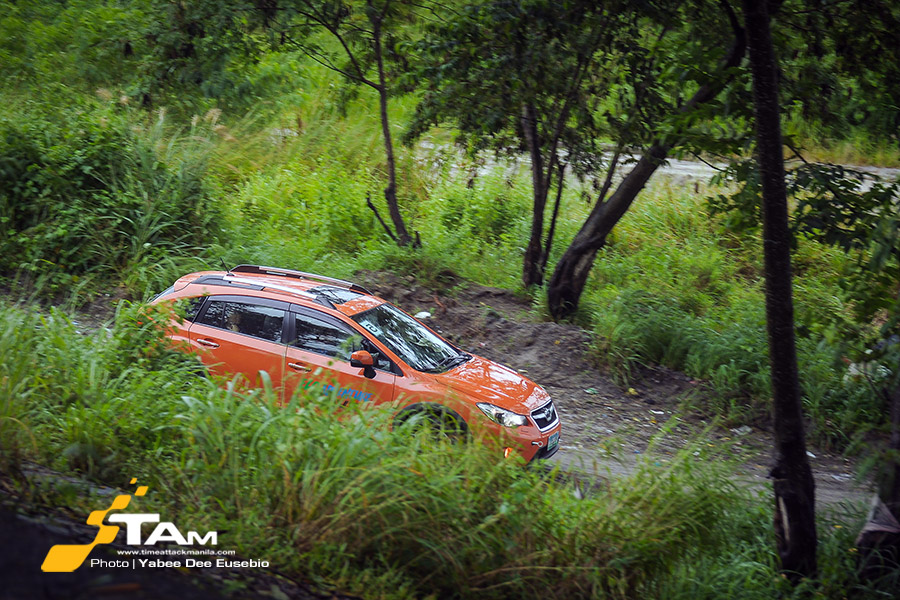 We had to jump back behind the wheel for the next part of the drive – an off-road excursion across the rain-drenched, lahar-filled Sapangbato. This was where Subaru’s Symmetrical All-wheel Drive and power of the boxer engine was really put to the test, which also involved the XV and Outback.

Feeling a bit anxious due to the lack of off-road experience, we let the other cars go first. There were newbies like us who carelessly went ahead and ended up getting stuck. Luckily for them, a rescue team was at hand to pull them out. But the veterans showed us how it’s done, staying on the power on and shuffling through the steering wheel to keep the car from bogging down and on top of the thick slurry.

The trail then led us to a river crossing, which seemed to be an impossible challenge for a humble crossover. But to our surprise, even something as unassuming as the XV could take on this obstacle and display its water wading capabilities in the raging river. The fading daylight, however, prevented us from getting the Forester XT wet as if we needed any confirmation that it too can take the plunge and survive.

Then, there was the drive back to home base. We had to kick things into high gear and beat the setting sun. Our instructors constantly reminded us to drive faster and push harder so none of us would get stuck on the soft terrain. Just imagine the trouble if rescue team had to shovel a car out in the cold, dark, and not to mention wet evening. This was my chance to put the Forester XT through is paces and experience the thrill of driving a Subaru in these conditions.

Luckily for us, the return trip was a success and everyone made it back in one piece. While others were happy just to be alive, I was smiling ear-to-ear with all the adrenaline from the adventure.

Looking back, a combined fuel consumption of 14.02 km/l isn’t bad for something that’s as fast as the Forester XT. As a matter of fact, our numbers were the best amongst all Foresters that day. But the real story here is how Subaru proved that Symmetrical All Wheel Drive doesn’t compromise off-road abilities for fuel efficiency. The exercises made it clear that the same machine can take the worst conditions and still drive comfortably and practically for everyday use.

Visit the AutoDeal Car Guide for more information on the Subaru Forester XT. 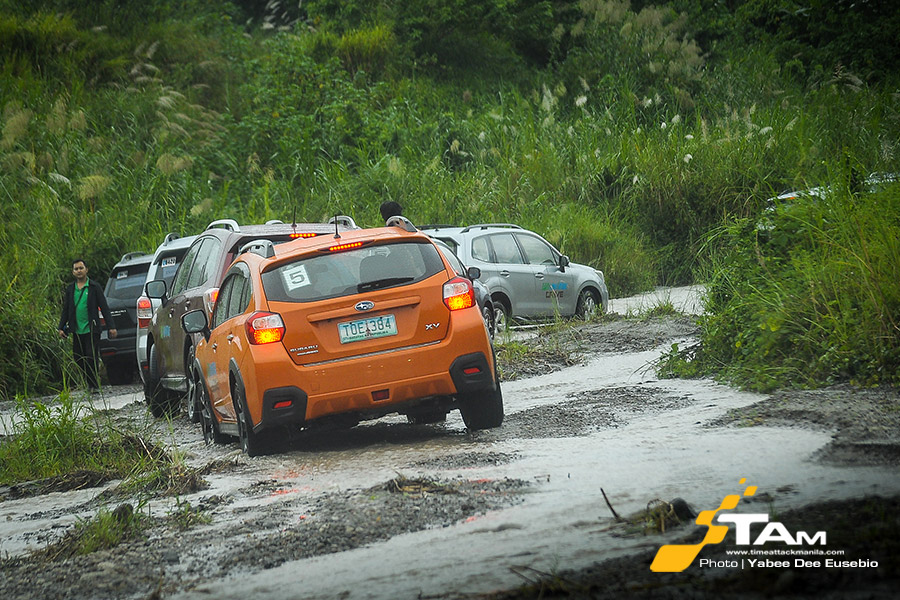 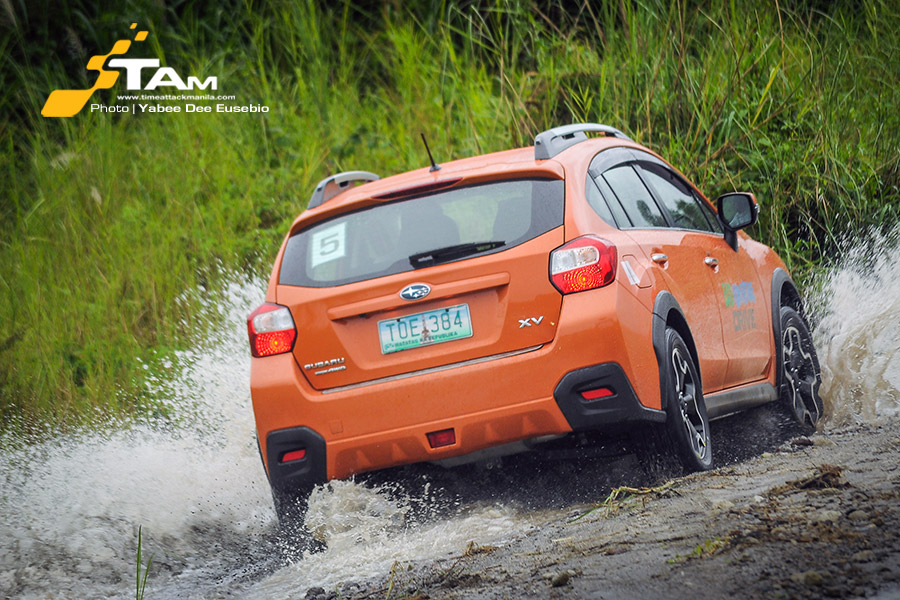 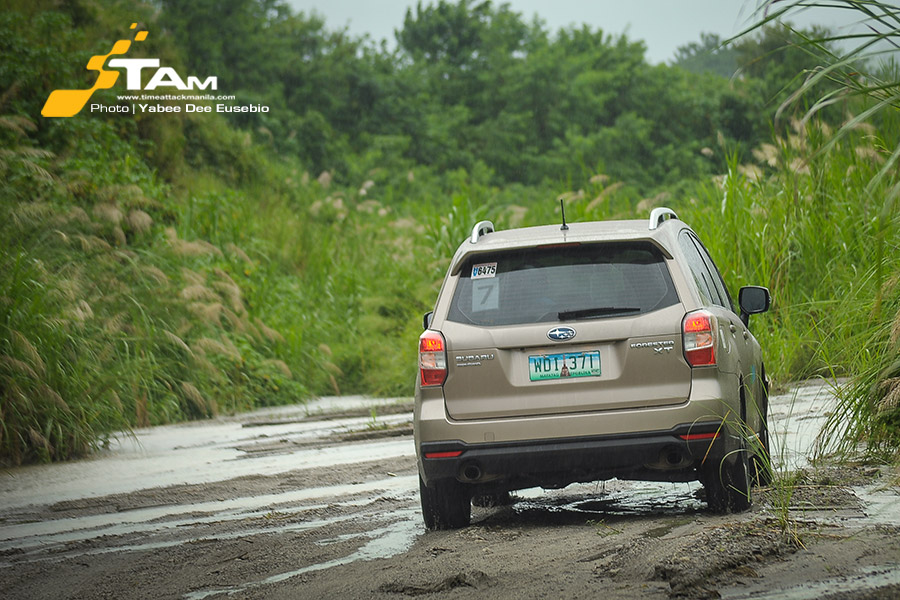 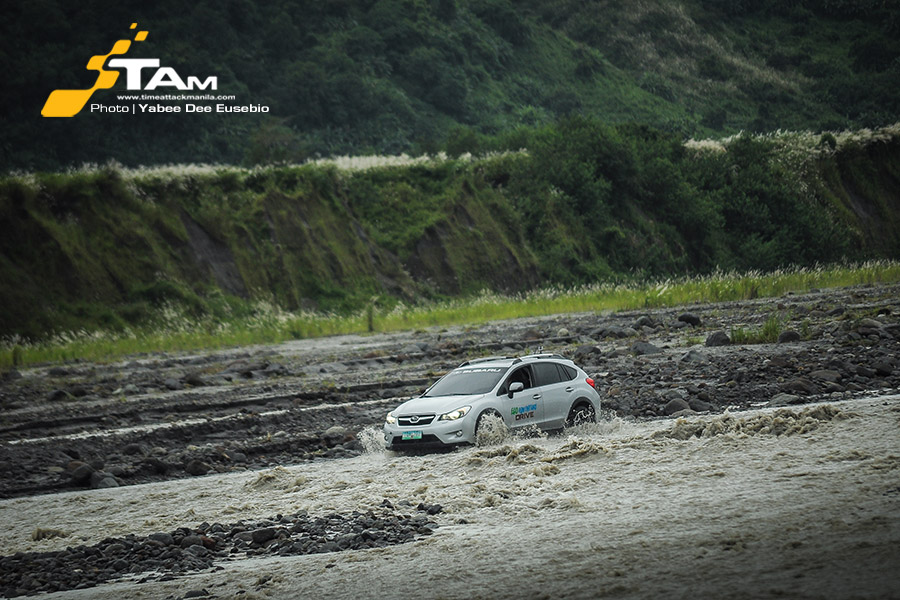 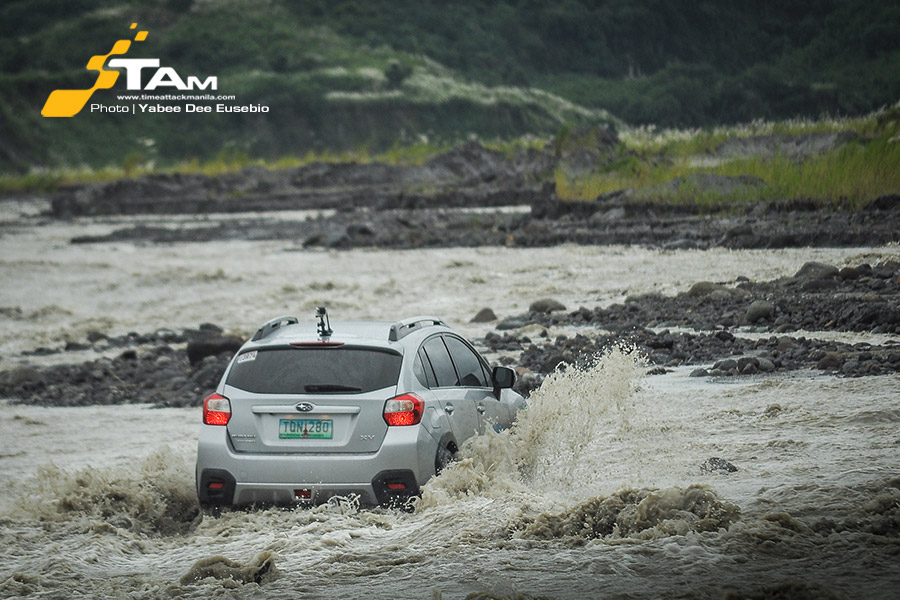