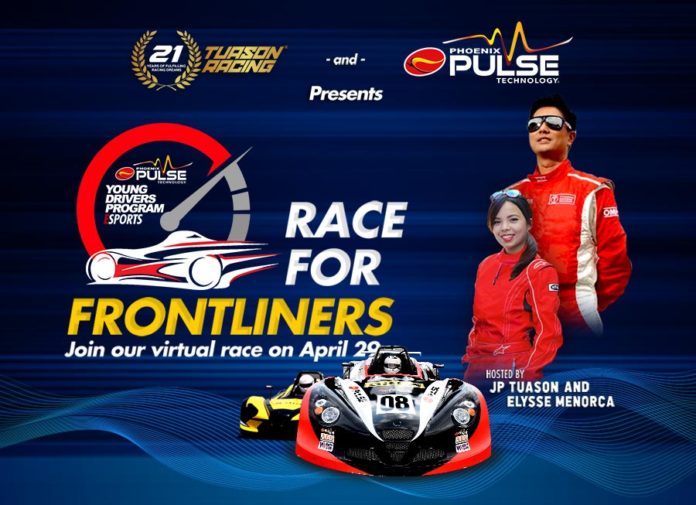 A little over a week ago, Tuason Racing thought that it would be a good idea to host an online sim competition to help raise funds for our frontliners during this COVID-19 pandemic. Little did they know that it would become an instant hit with nearly P60,000 donated to the RITM, Muntinlupa Hospital, and Asian Hospital.

So naturally, these genuine kindhearted people decided to do it again.

In partnership with the Phoenix Pulse Young Drivers’ Program (YPD), ‘Race for Frontliners’ is back for a second event on the 29th of April 2020. And this time, they’re pledging one (1) Family Mart food pack for every competitor who enters the virtual race to be donated to the PNP Maritime Group and Philippine Coast Guard.

Much like the pilot event, it’ll once again be run on GT Sport on the Sony PlayStation 4. Up to 75 drivers will go up against each other, released in batches of 15 cars per grid, all driving a ‘2015 Honda Civic Type R FK2’ on the the Brands Hatch Indy circuit. Podium finishers then get to win prizes such as Phoenix Pulse Fuel GCs, TopLift Toolsets, and Tuason Racing merchandise. But someone will end the night with a High-Definition TV courtesy of LG Philippines. 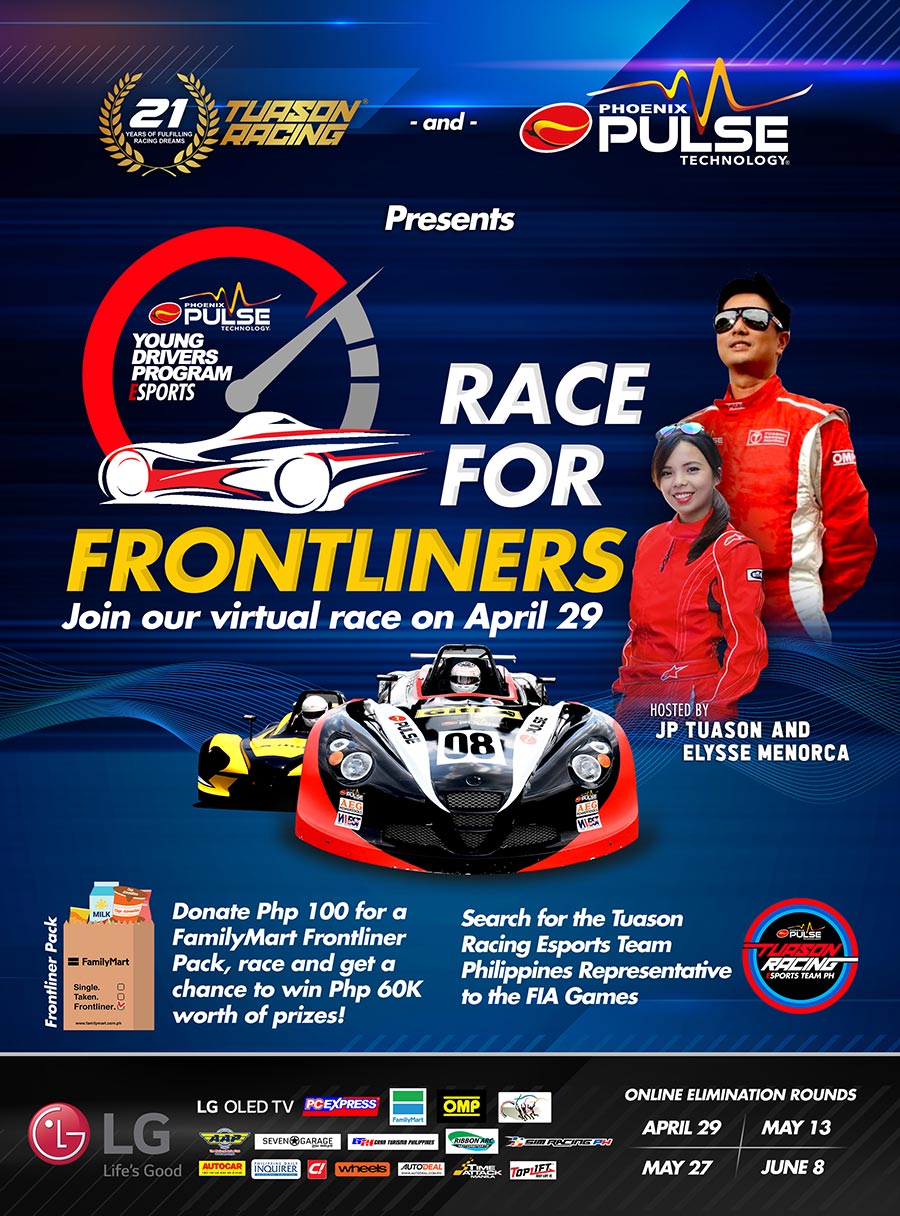 On top of this, respective race winners also earn a slot in Quarter Finals for the Phoenix Pulse YDP for eSports. Those who made it into the list from last week were Joaquin Garrido, Kevin Puatu, Jeff De Vera, Fritz Nathaniel Cabidoy, Rabboni Buenaventura, Ricardo Elacion, and Nathaniel Roy Cruz.

The second round of ‘Race for Frontliners’ will be livestreamed this 29th of April at 8:00 PM, hosted by Tuason Racing CEO and Founder JP Tuason with sim racer-turned-real race car driver Elysse Menorca.

For more info and to watch the livestream, Like the Tuason Racing page on Facebook. You may also read the Phoenix Pulse YDP’s Rules and Regulations by clicking this link.