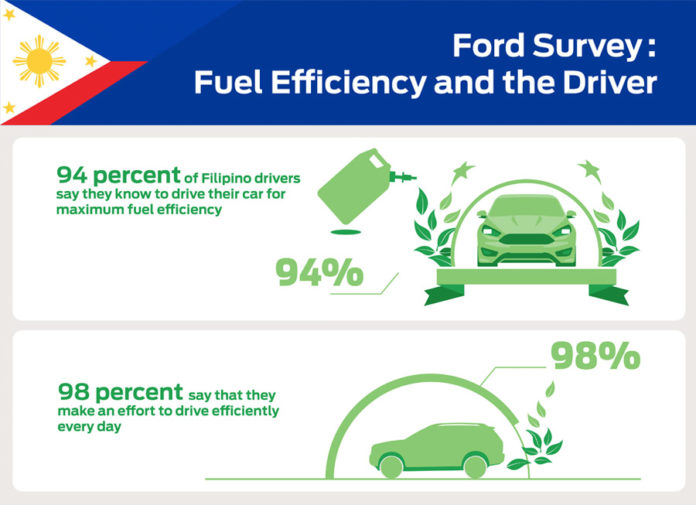 According to a survey commissioned by the Ford Motor Company, 94% of Filipino drivers think they know how to drive fuel efficiently. Heck, 98% admit they make it a daily effort most probably because gas is so damn expensive.

But there apparently lies the problem. What we think we know doesn’t always equate to what we actually know, as the survey figured out. More specifically, they discovered that most of us were misinformed on key fuel-saving driving techniques. That means we’ve been flushing money down the drain all this time. And OMG it’s a pretty damn long list.

Some of the things we’ve been doing wrong involve the weather, GPS, cruise control, and maintenance detailed in the infographic below. Although you can always buy a more fuel efficient ride, such as one equipped with a Ford EcoBoost engine, improving your driving habits is free.

Mind you, the survey covered 9,500 respondents from 11 countries in the Asia Pacific region, 783 of those were Pinoy.