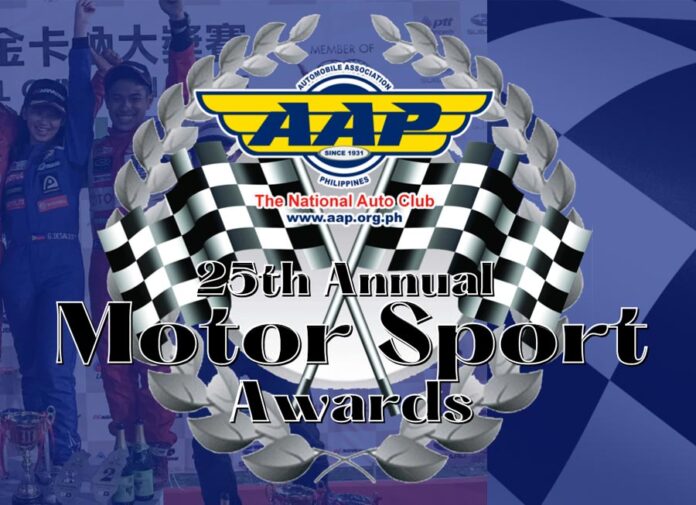 If it weren’t for this pandemic, the most distinguished people in local motorsport would have physically gathered for the 25th Annual Motorsport Awards. This is to celebrate the best drivers for the 2019 season before the world went into lockdown. But thanks to modern technology, the Automobile Association Philippines’ (AAP) still found a way to celebrate our racing heroes online with help from the Manila International Auto Show (MIAS).

The main accolades are still reserved for the Driver of the Year awardees, but oddly 4×4 Off-Road is not included in this year’s list. Other distinctions are for the National Slalom Series, National Karting Series, Asian Karting Open Championship (AKOC), and Philippine Grand Touring Car Championship.

Of course there are also special awards for those who clinched their respective titles in the MSDP National Gymkhana Series, First Step Racing Cup, Vios Racing Festival, Giti Formula V1 Championship, and National Drifting Championship. Recognition is then given to drivers who competed overseas as well as race marshals who excelled in their duties over the past year.

Sadly, we also lost important members of the community who were all given Posthumous Awards. The most notable of which was Reynaldo ‘Jun’ Espino Jr. that’s now part of the AAP Hall of Fame.