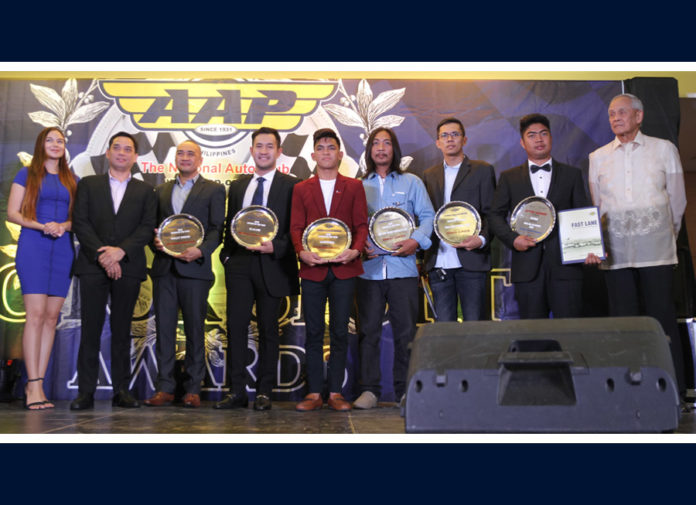 Another year, another opportunity for the Automobile Association Philippines (AAP) to recognize the country’s most outstanding race car drivers at the Annual Motorsport Awards. And on its 24th edition, the motorsports governing body added several new disciplines to their list which proves that local motorsports is growing indeed.

As always, the main trophies cover the top drivers in slalom, karting, drag racing, 4×4, rallycross. But new for this year are the awardees for the First Step Racing Cup, Formula V1 Challenge, and Philippine Endurance Challenge’s overall champion.

Here are the men and women who excelled in 2018, as presented during the 24th AAP Annual Motorsport Awards held last 4 April 2019.