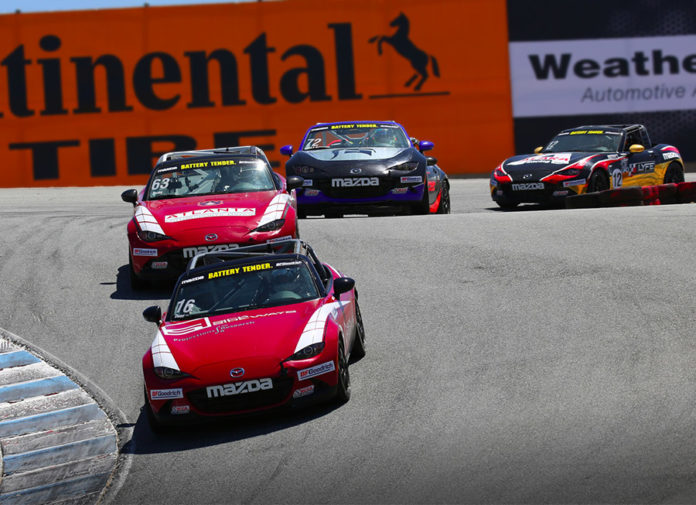 Every low-cost, lightweight, and fun-to-drive sport scar ever built deserves its own one-make-race, such as the 4th generation MX-5. Mazda’s answer to that is the Global MX-5 Cup which held its very first race at the Mazda Raceway Laguna Seca last May.

At $53,000 (or P2.47-million) each, the Global MX-5 Cup Car is fitted with a sealed SkyActiv-G 2.0L engine and matching sealed ECU to prevent cheating. There’s also a set of stainless steel headers, exhaust system, oil cooler, heavy duty radiator, and slick tires to help it do its job on the track. Brakes have braided lines, cooling ducts, and better brake pads while the suspension have fancy adjustable dampers and race springs. Of course, there’s the FIA-approved rage, harness, window nets, fire system, and racing seat to prevent racers from losing limbs or their lives. 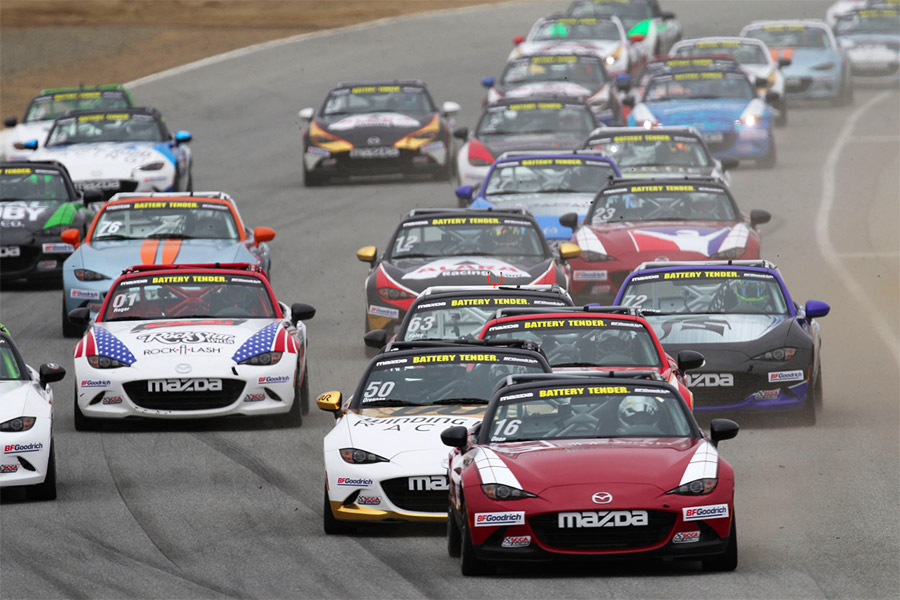 Mazda begin selling the cup cars in late 2015 and have since sold 100 examples, 60 have already been delivered, and 40 took part during the opening round.

Surprisingly, the Global MX-5 Cup wasn’t as ‘entry-level’ as we thought it would be. There are 2 races per event lasting 45 minutes EACH. That’s quite a long race for non-professionals considering that there are no driver changes. *whew*

Some noteworthy drivers on the North American grid are 2015 MX-Cup champion John Dean, Skip Barber class title holder Robby Foley, and iRacing 2015 champion Glenn McGee. All 3 are scholar recipients of the ‘Mazda Road to 24’ program that puts them behind the wheel of a Global MX-5 Cup car. 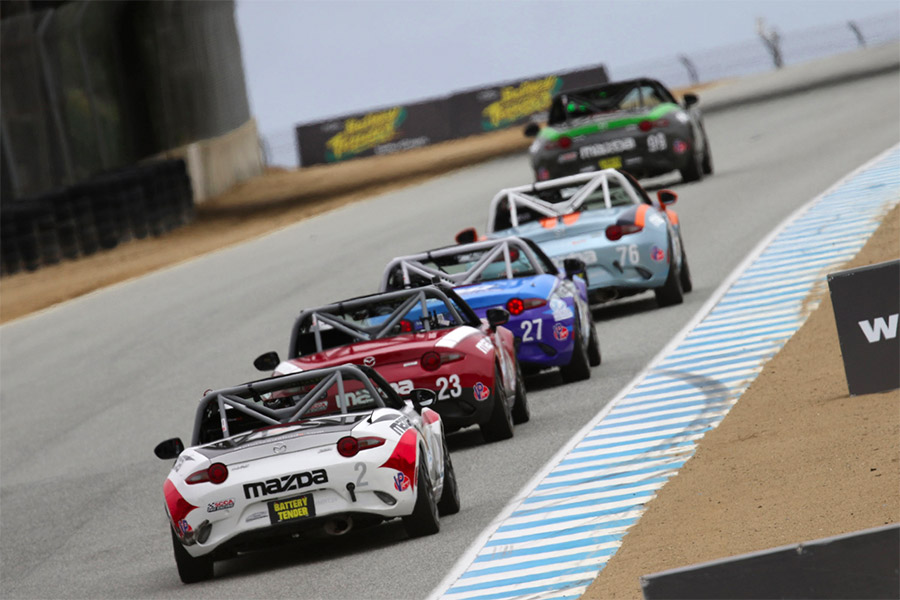 The Global MX-5 Cup, as the name suggests, intends to have individual series around the world. All series champions will then meet at the Mazda Raceway Laguna Seca for the Global Shootout and the grand prize for that is a 1-day test in Mazda’s TUDOR United SportsCar Championship SKYACTIV prototype.