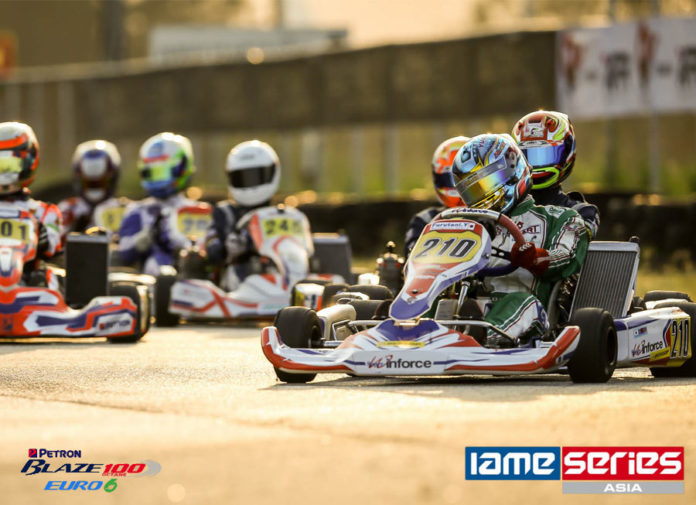 With its official fuel sponsor Petron Blaze 100 Euro 6, the IAME Series Asia is all set to kick off another season this 2019. The upcoming race calendar will feature 6 rounds across the region, which begins this March 23/24 at the Clark International Speedway in the Philippines.

Like in previous years, the 4 main categories of the series are: Cadet, Junior, Senior, and Master. But they’re also adding a new Clubman category that’s designed to encourage and promote grassroots racing for amateurs. Each race weekend will then have Practice on Saturday followed by Qualifying, Race 1, and Race 2 on Sunday. The first of which will use the newly-constructed Clark International Speedway Kart Track in Pampanga. The 13-turn, high speed circuit is located within the compound of the Clark International Speedway and aims to further fuel the sport in the country.

After the Philippines, the IAME Series Asia will then visit circuits in Thailand and Malaysia with the season running from March until September 2019.

“We are expecting to see karters from all over Asia, from Singapore, Malaysia, Thailand, Indonesia, Hong Kong, China, Japan, Korea and of course, the Philippines.This is going to be a very exciting race to kick start the season, with drivers from so many nationalities battling it out on the beautiful circuit of Clark International Speedway,” said KC Chong, ISA Organizing Team. “Competitors in the respective categories in the Championship will once again stand a chance to win invitations to the IAME International Finals in Le Mans, France. These invitations will be supplemented with €2,000 cash and race tyre packages each, making them truly attractive prizes.”

2019 welcomes new technical regulations in the IAME Series Asia such the use of a newly-developed exhaust system that will give the X30 engines a further performance boost. This is another example of IAME’s constant endeavor to improve the level of racing in their one-engine-make series.