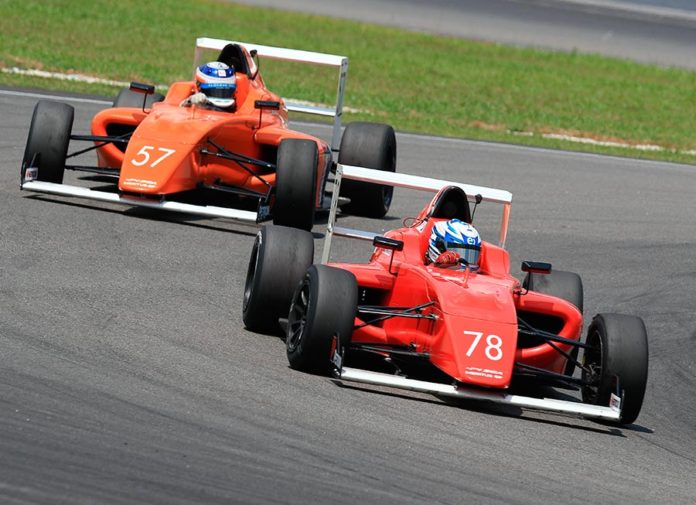 When the Formula 4 Southeast Asia (F4 SEA) first published its 2019 calendar, we were stumped to see the Philippines as part of its 10-round super season. The original plan was to visit Malaysia, Thailand, India, and back to Malaysia before making a final stop at the Clark International Speedway (CIS) in late November for back-to-back race weekends to culminate the year. But apparently, that’s no longer going to happen.

That’s because based on their latest announcement, F4 SEA has opted to stay in Malaysia and host the season finale at the Sepang International Circuit instead. And their only justification for the sudden change in plans is that “fate intervened.”

Whatever that’s supposed to mean, it’s certainly a big blow to the local motorsports community for us to miss out on such a big event. Not only did they already snub us last year, but how often do we really get to host regional or international events here to the country?

Adding to that, we also have 2 very competent drivers who we could have seen race the flag on home soil. John Dizon is a prime candidate after making his F4 SEA race debut in Malaysia last month. So is newly-crowned ROK GP Junior Champion Miguel Quiñones who tested with the series in Thailand earlier in the year.

Honestly, we were also banking on the fact that the F4 SEA’s biggest sponsor, Petron Corporation, will at the very least insist on having an event in the Philippines. But we guess even they couldn’t pull enough strings to make it happen.

We guess we’ll just have to follow the rest of the 2019 season on livestream thru Formula 4 SEA’s page on Facebook.

Event #9 is set to take place on November 22/23 at the Sepang International Circuit, alongside the Sepang 1,000 km Endurance Race. It’ll then be followed by the season finale on December 13/15 which shares the same weekend with the WTCR Race of Malaysia.