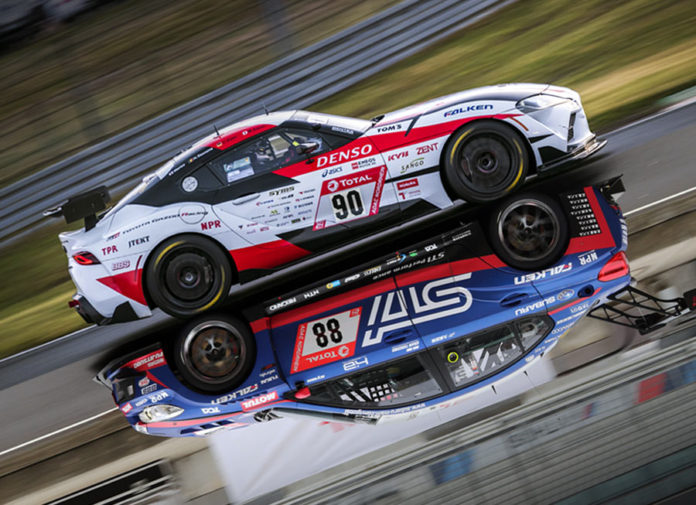 The hot topic in this year’s Nürburgring 24 Hours was how the #991 Manthey Racing Porsche GT3 R utterly dominated the legendary German endurance classic. It led for 22 out of the 24 hours only to lose out to the #4 Audi Sport Team Phoenix R8 LMS in the final stages due to, of all things, a penalty. But this was of little concern to us as there was a more important battle brewing further back. It was a battle between keyboard warriors to see whether the Subaru WRX STI or Toyota GR Supra would finish higher in the overall standings.

Some may argue that the 2 were competing in separate classes. Indeed, the #90 Subaru WRX STI NBR Challenge was in SP3T for entries with 2,000cc turbo engines, while the #90 Toyota GR Supra was in the SP8T class for bigger 4,000cc turbocharged machines. However, in this era where Nürburgring lap records is the new standard measure for performance, it’s only fitting for these modern JDM legends to square off in a 24 hour race around the ‘Green Hell’.

Also, there’s no such thing as a fair fight when you’re going for internet points. 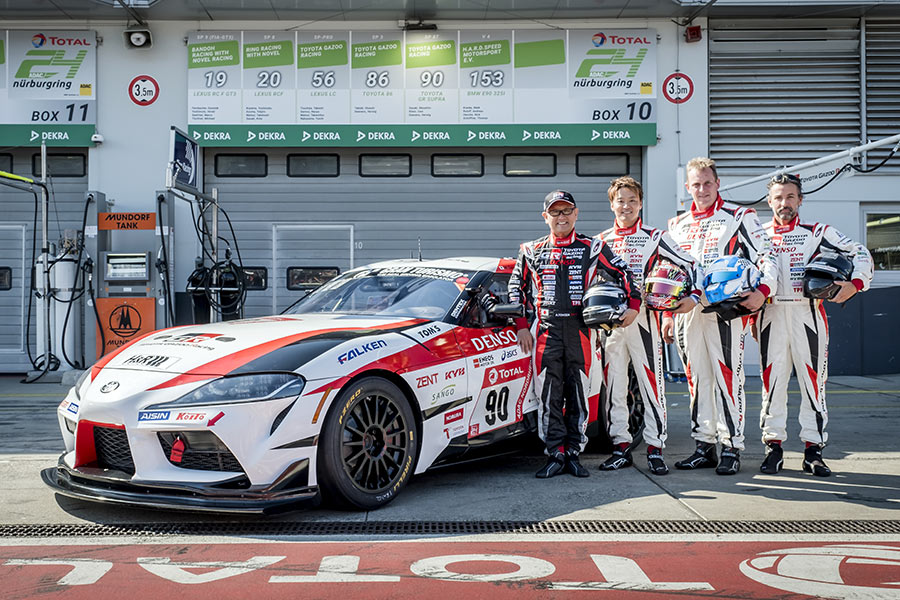 Toyota GAZOO Racing entered what we suspect is a race-prepped GR Supra, not the GR Supra GT4 Concept that’s in development. While it’s fitted with slicks, bigger brakes, a rear wing, and all the mandated safety equipment, it appears that it’s still running the original 3.0L turbo inline-6 and 8-speed automatic. But in its own right, the #90 GR Supra was able to hold its own against much quicker full-fledged GT4 race cars in the SP8T category.

With drivers Masahiro Sasaki, Uwe Kleen, Herwig Daenens, and Toyota Motor Corporation CEO himself Akio Toyoda, it safely made across the finish line 41st overall and 3rd in its class. The GR Supra would also set a fastest time of 9:14.890 and completed 137 laps in total. 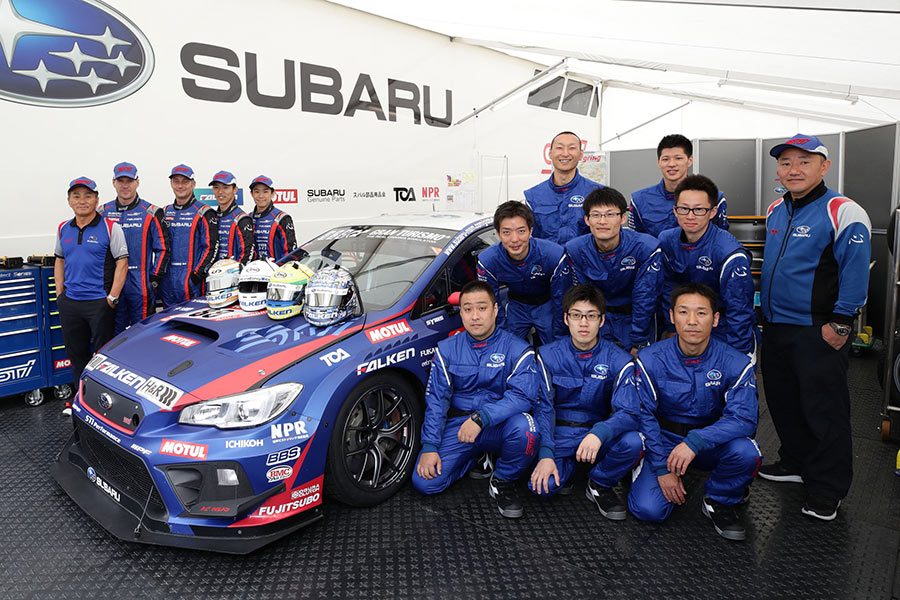 Subaru Tecnica International (STI), on the other hand, was on their 12th consecutive attempt at the Nürburgring 24 Hours. They’ve won SP3T a total of 5 times in 2011, 2012, 2015, 2016, and 2018. And unlike the GR Supra, the Subaru WRX STI NBR Challenge was a bespoke machine, designed and built from the ground up with just this event in mind.

Hence it was no surprise that, in its 2019 specification, the #88 entry was untouchable in SP3T and lapped 20 secs faster than anything else in its class. Or more importantly, its 9:03.998 best time allowed it to pull away from the GR Supra by a lap every 3 hours.

This would have grown to an 8 lap lead by the time the chequered flag dropped, allowing Carlo van Dam, Tim Schrick, Hideki Yamauchi, and Takuto Iguchi to finish 19th overall and claim their 6th class victory in SP3T with 145 laps in the bag. 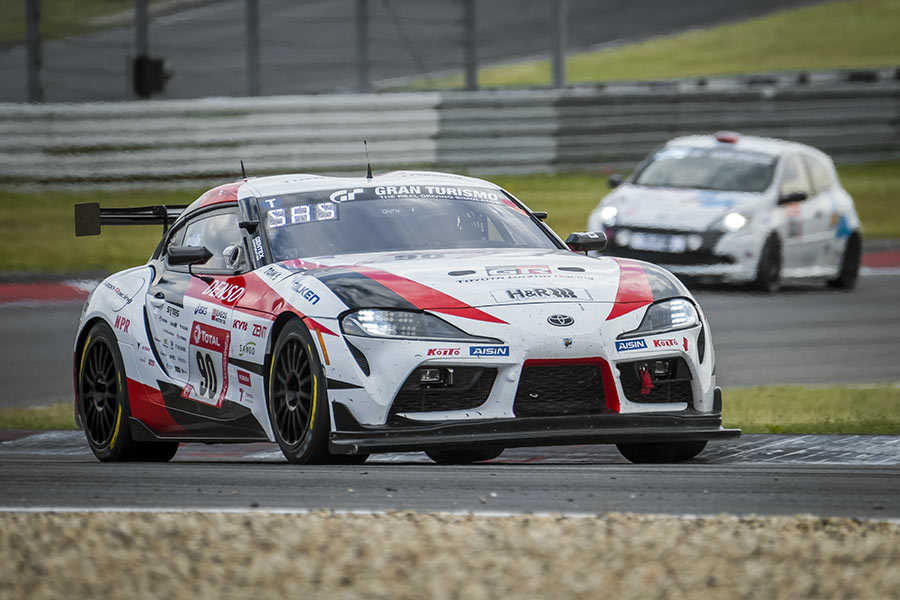 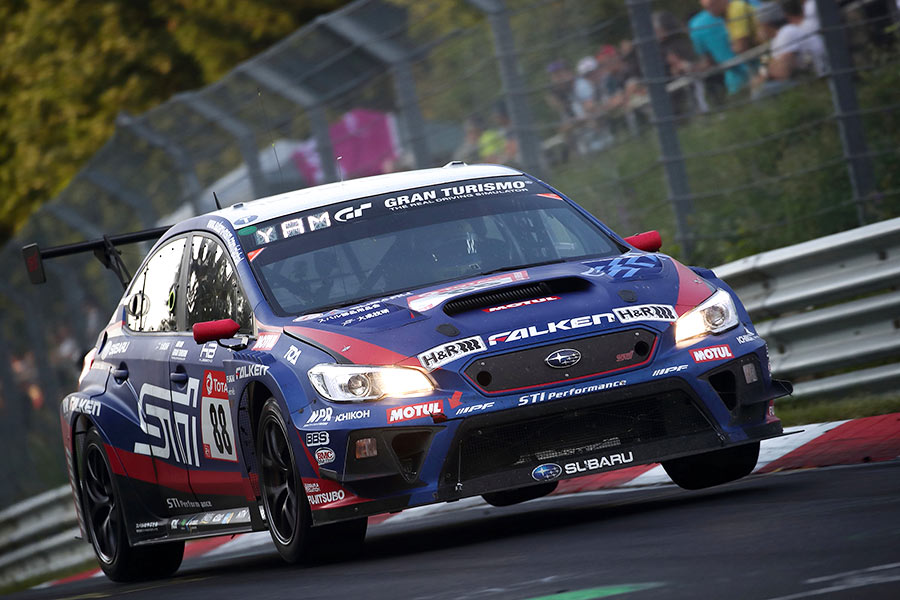 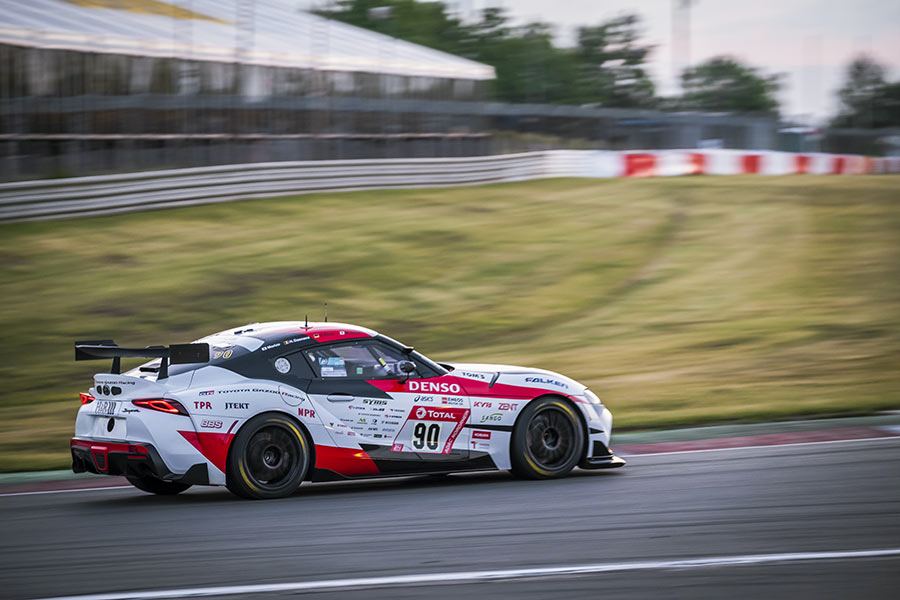 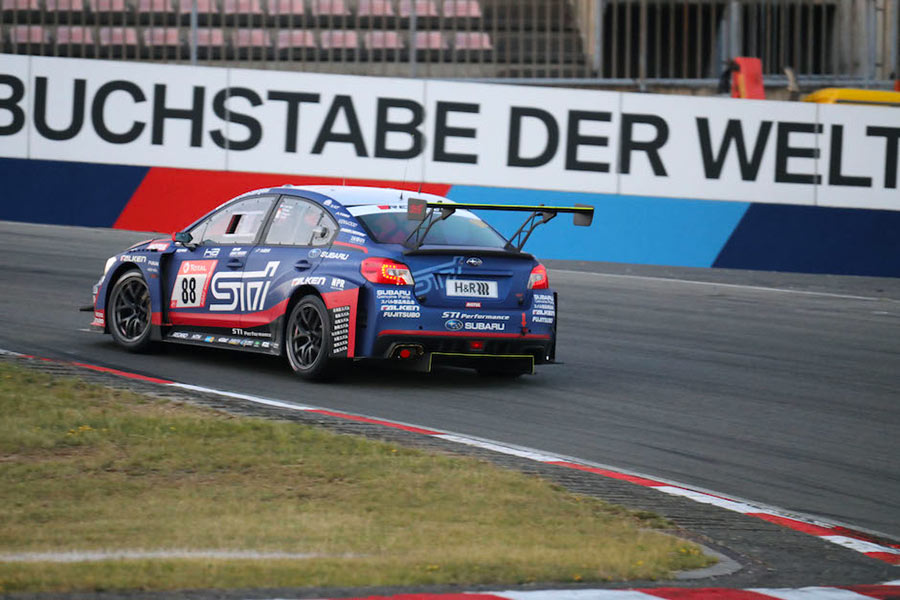 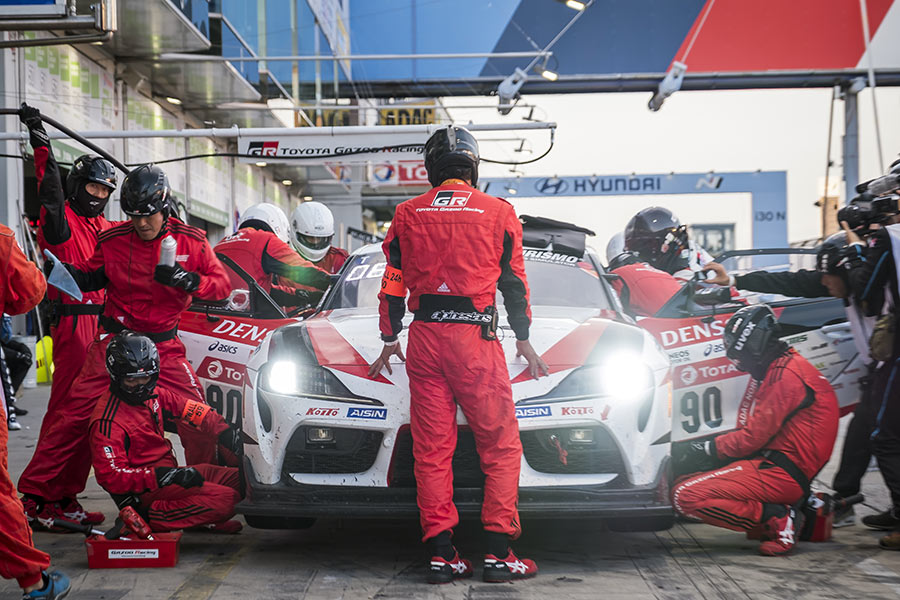 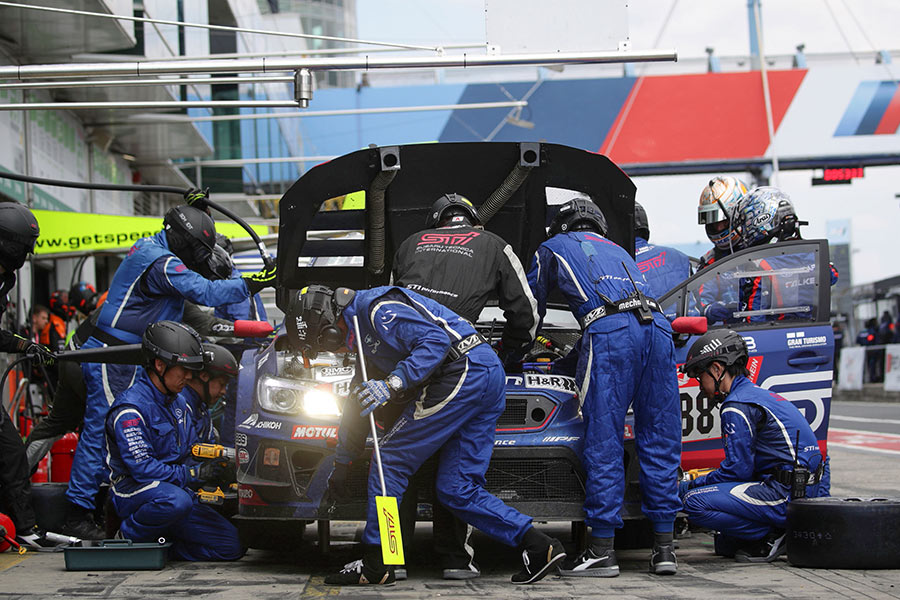 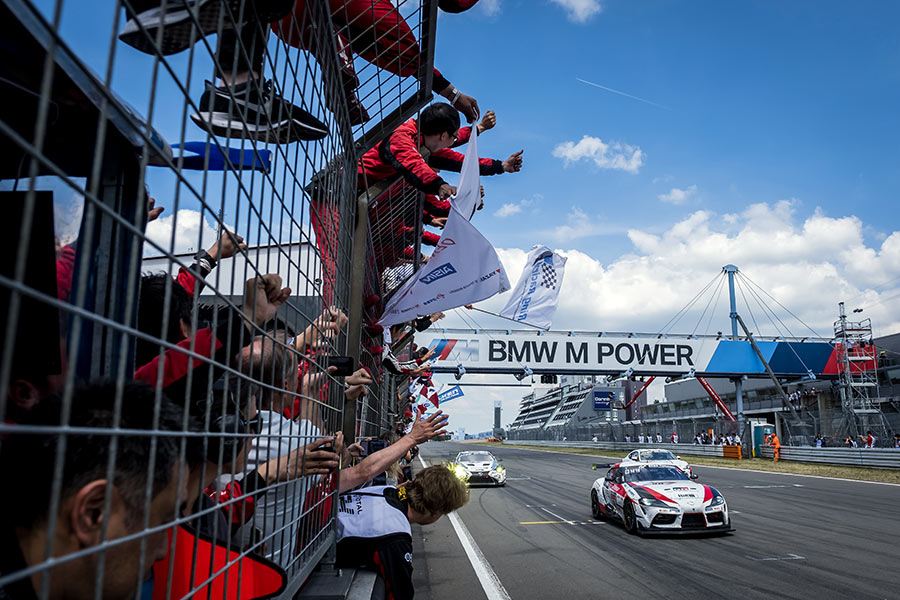 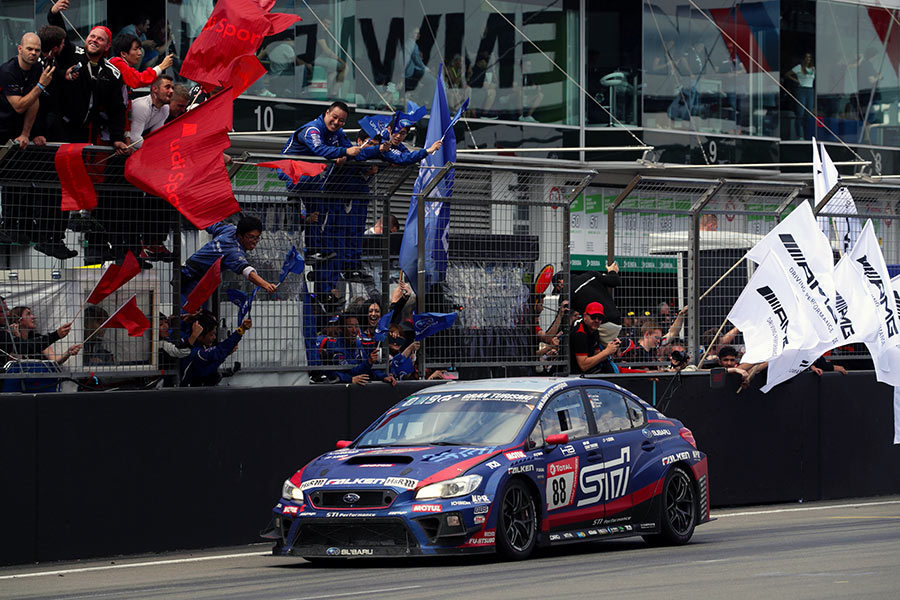