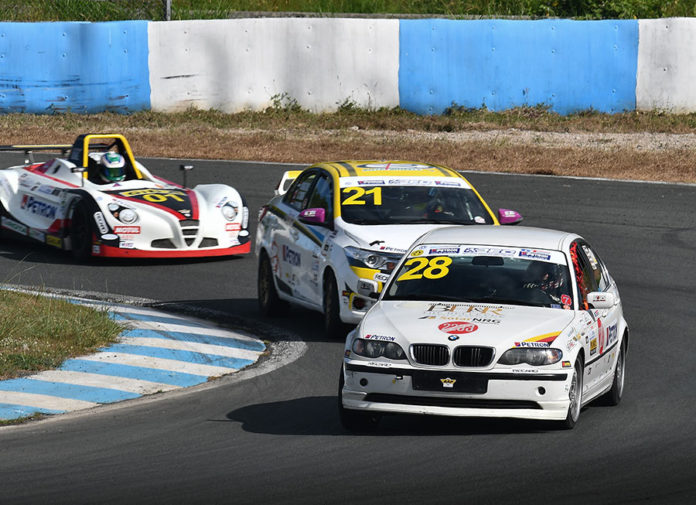 As the name suggests, ‘Raceform x Ethanworx x Garage 2233’ is a collaboration between a group of friends who, despite their general lack of experience in endurance racing, thought it would be fun to enter the Petron x 8 Oras ng Pilipinas. Because why the hell not? And judging by the results, things went better than as planned.

Not only did their 4 cars all make it to the finish line last December 1/2, but they also bagged the overall team championship on what was their very first real attempt. This was how they did it. 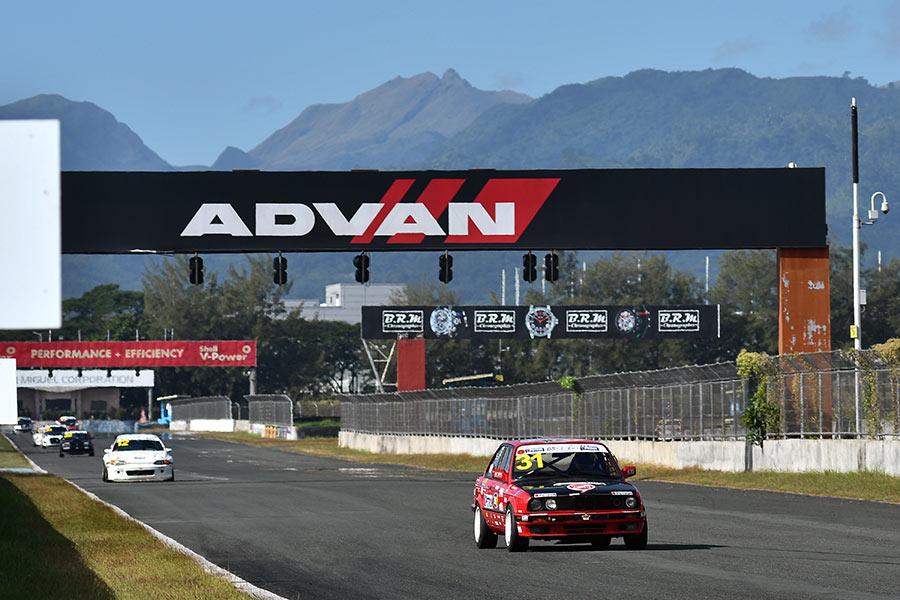 The #31 BMW E30 325is was the group’s oldest, yet quickest machine. Shared between drivers Don Pastor, Enrique Hormillo, and Jason Choachuy, the old gal could consistently lap the Clark International Speedway (CIS) in the 2:18’s. Although it was a few seconds off pace, they were banking on the BMWs handling, durability, and German reliability to take them to a podium finish.

It ran without a hitch just as the team expected. However, what they failed to account for was the E30’s fuel economy, which had to stop 2x as much for fuel.

Nevertheless, it made it to the finish line 6th overall and 5th in RP Class with 179 laps in the bag. 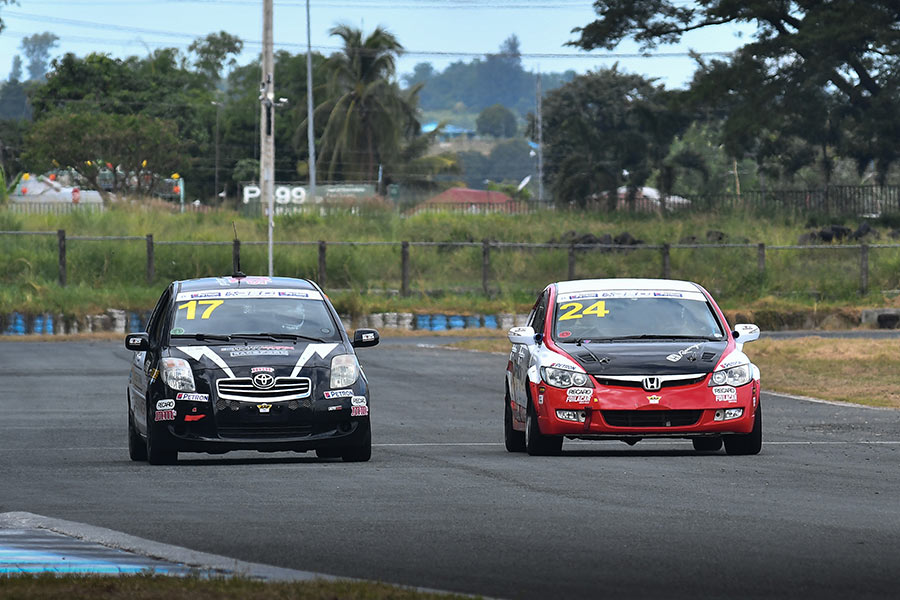 A few laps behind was the black #17 Toyota Yaris of Angelo Magtoto, Avin Villaseñor, Freddie Lilagan, and Michael Arquillo. These guys weren’t gunning for any speed records. Instead, their strategy was focused on setting consistent lap times, making error-free pit stops, and ensuring a trouble-free run.

This very simple approach worked remarkably well for the group who gained 17 places over the race. Apart for a single drive through penalty, Raceform’s #17 entry made it to 12th overall and 4th in FM-3 by completing 170 laps. 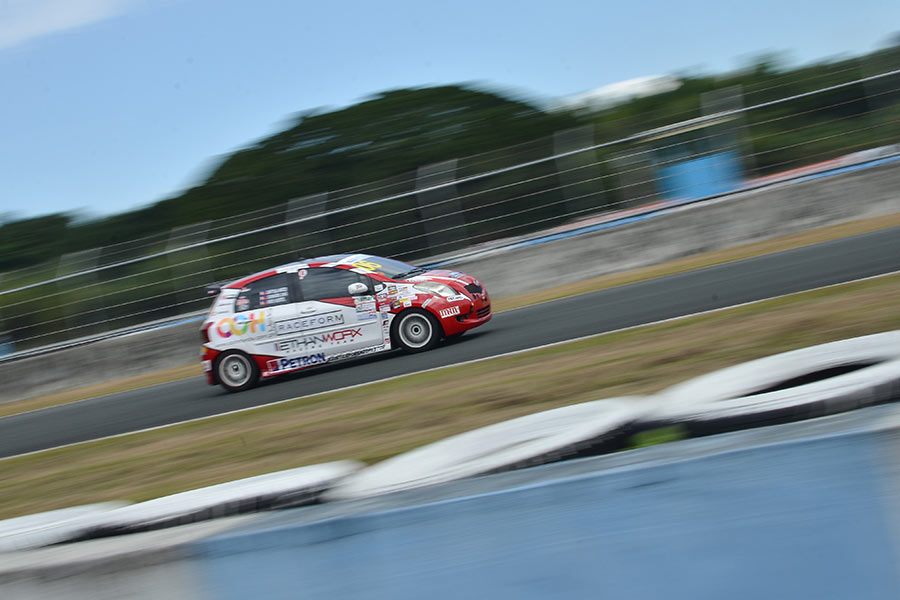 Its sister red #6 Toyota Yaris, however, wasn’t as lucky. It lost a lot of time in the pit lane early on due to a transmission issue, which required several minutes to fix. Lack of race prep also caused them lengthy stops for fuel and driver changes.

In spite of these setbacks, lady driver Gaby Dela Merced, Jonmark Ong, and Mike Hortel relied on their years of race experience to claw their way back up the standings. It wasn’t easy to make up for all those lost places, but the trio eventually took the chequered flag with 161 laps finishing 17th overall, 6th in FM-2, and 7th in FM-3. 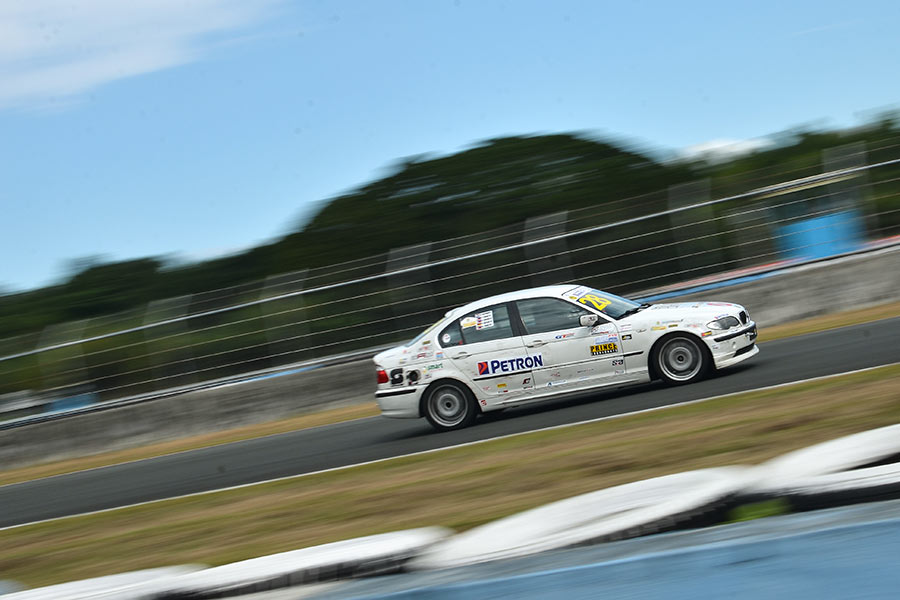 If it wasn’t for a damn brake issue, Raceform’s #28 BMW E46 325i would have probably fought for a podium even with its all-amateur driver lineup. It was also a relatively-stock, all-original, daily-driven BMW that had 140,000 km on the odo. This fine example of German engineering was running as high P4 in FM-1 by the race’s halfway point and was closing in on 3rd.

Then on lap 100, the brakes decided to fail. One of the few non-OEM components on the #28 BMW had to be replaced, which included the pads, calipers, rotors. Though the mechanics did a great job to get everything done in the shortest time possible, they still lost over an hour in the garage.

Alfredo Roa, Deejay Sanchez, Mark Consenheim, Patrick Chan, and Patrick Hesse squeezed every inch of performance from their mighty BMW to cover 147 laps and complete the race 21st overall and 6th in FM-1. 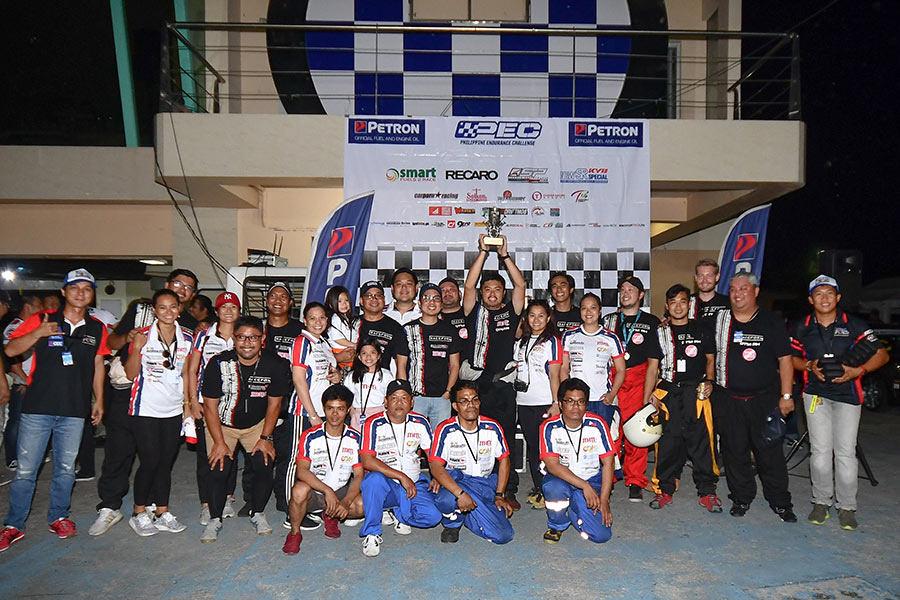 By summing up their laps, ‘Raceform x Ethanworx x Garage 2233’ concluded the Petron x 8 Oras ng Pilipinas with a 131 lap advantage in the overall team standings and land on the top spot. Not bad for a bunch of first timers, who raced for fun.

Don Pastor, Team Manager: “I’m quite happy as we achieved team champion for the 8 hour PEC. Majority of our drivers are first timers in racing, which has always been our objective at Raceform, to get enthusiasts into motorsports. Getting the individual car class trophy will be our next goal and it will be a work in progress. But I strongly believe that I have champions in the making in our hands and who will produce wins in time.” 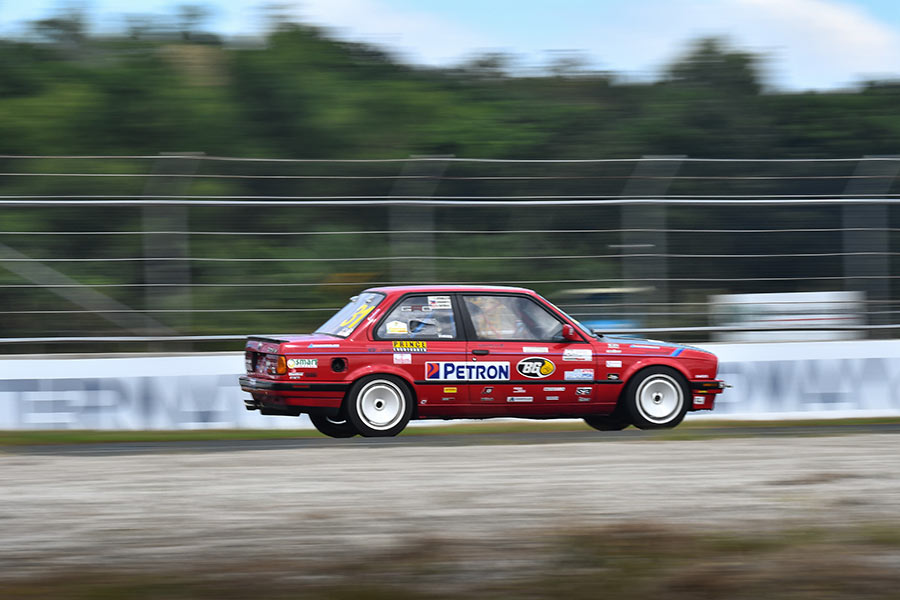 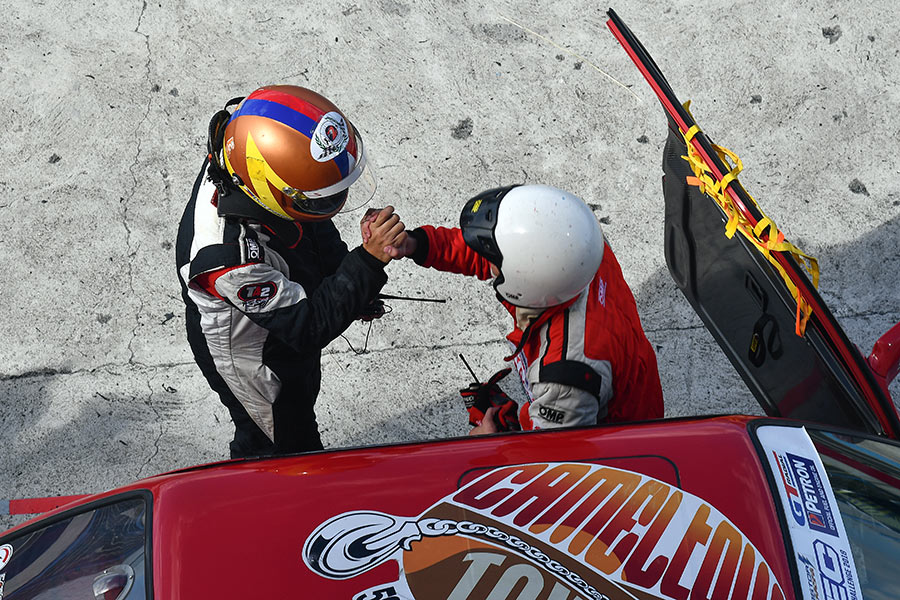 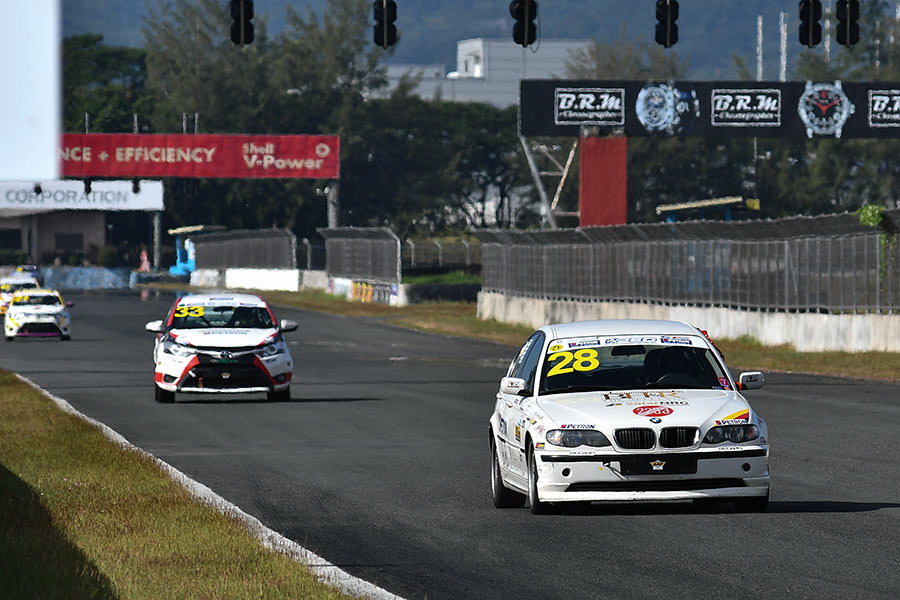 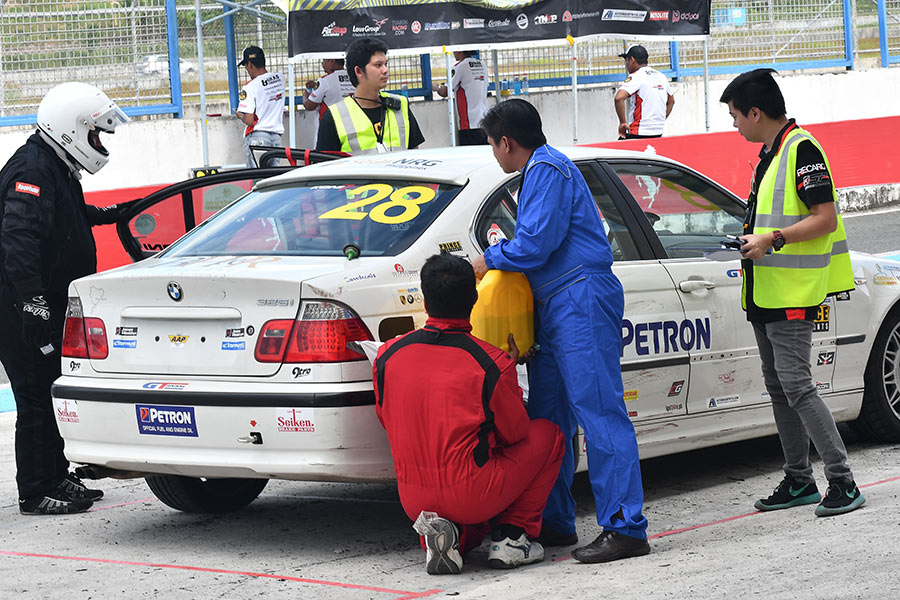 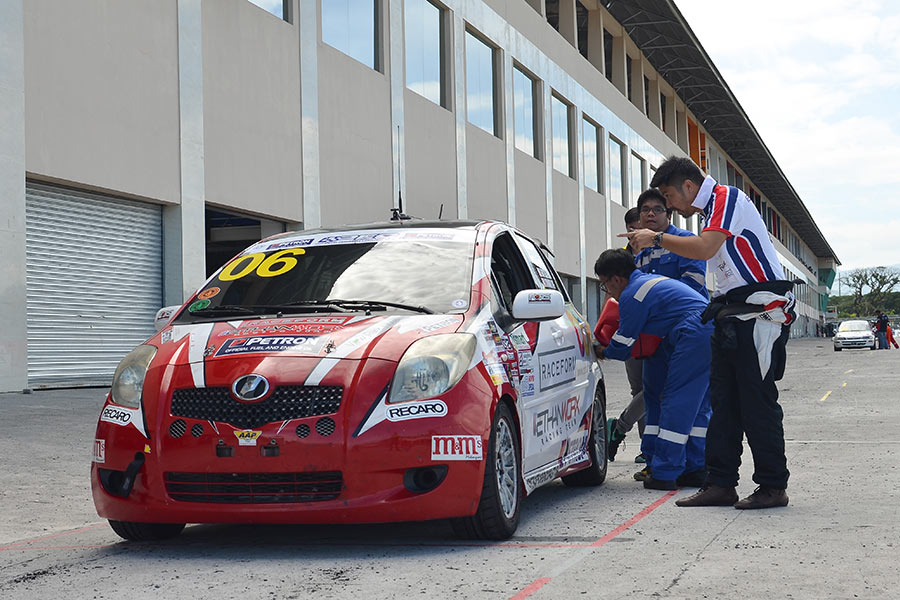 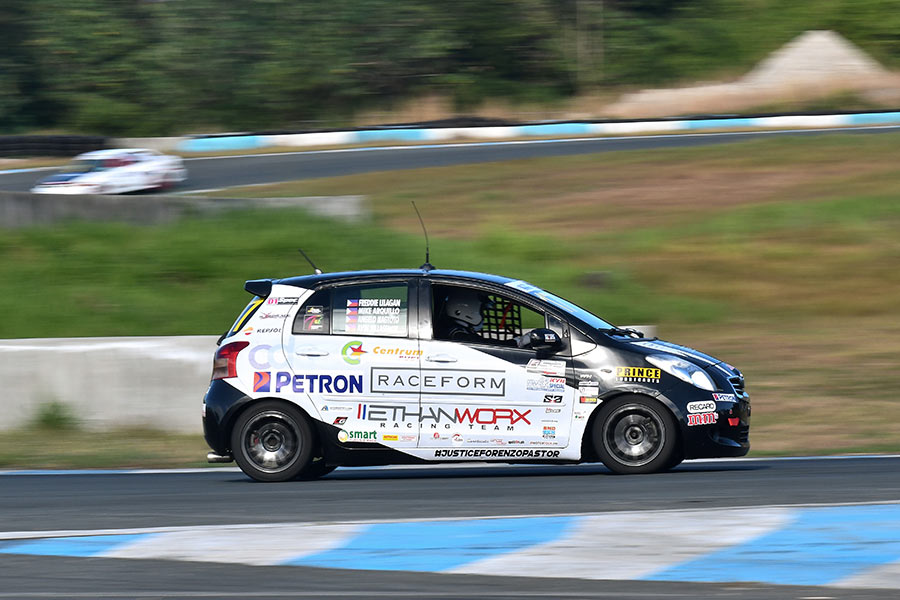