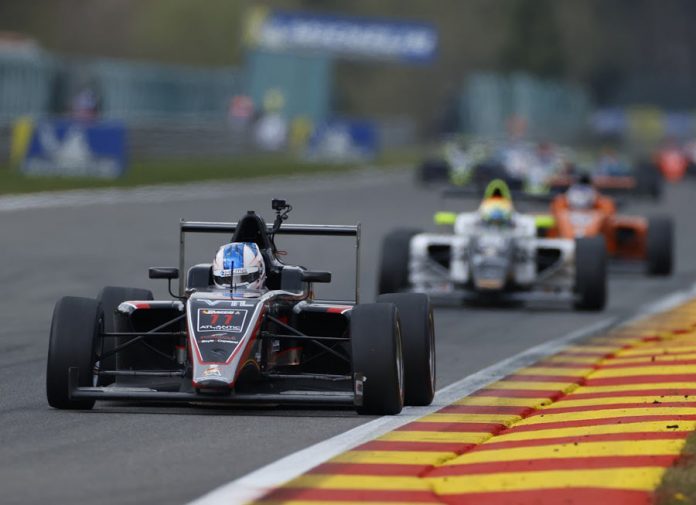 What a start it was for Pinnacle Motorsport to take pole position and a podium finish on their very first outing in Europe after many years competing in Asia. This was how the Motorsport Ireland-licensed team and their young talent Alex Dunne marked their Spanish F4 Championship debut over the weekend, kicking off a positive start to the 2021 season at Spa-Francorchamps.

Alex snatched headlines early on by setting the quickest lap in Q1 on what was his first event in single-seaters. The young Irishman then looked to improve on his best time, unfortunately his next lap was nullified after exceeding track limits which left him down in P12. Another attempt in Q2 sadly only resulted in P7 after he was held up in traffic. 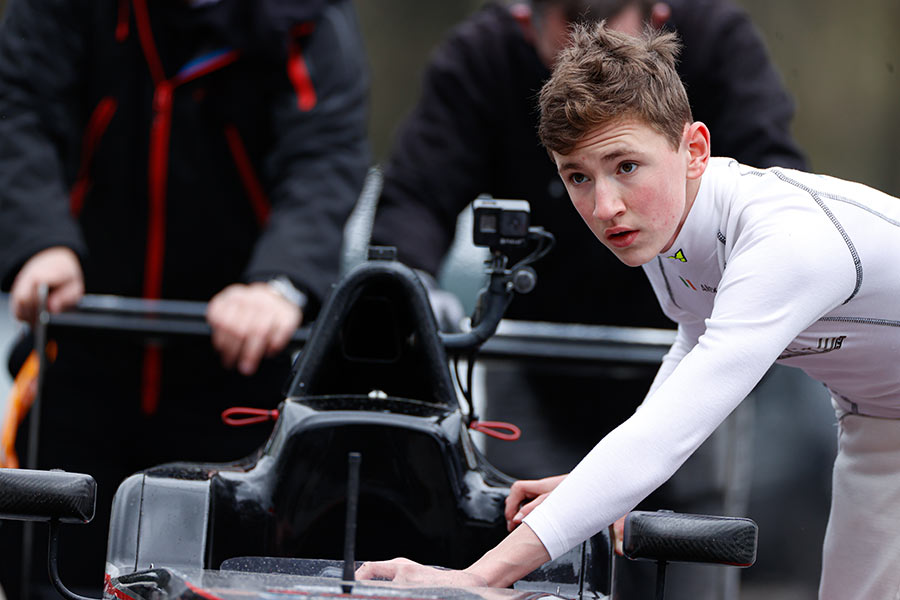 With a grid full of 28 drivers hot on his heels, Pinnacle Motorsport’s sole entry in the series slipped back to P4 at the start of Race 1 but quickly regained the lead during the chaotic opening lap. A lengthy safety car period, however, only left them with 10 minutes when racing resumed prompting all drivers to scramble for position. Alex dropped to P5 before fighting his way back to 3rd earning Pinnacle Motorsport’s very first podium in Europe.

Alex was back on the hunt for another podium in Race 2 that afternoon. But his impressive charge from P7 on the grid was cut short after an error attempting to take P5 cost him a front wing. A trip to the pit lane lost him a whole lap to the leaders and ended up in a lowly 25th.

The slight setback only fired him up even more as the 15-year-old went on full attack mode in Race 3. An impressive drive saw him climb his way from P12 and was en route to a podium if it weren’t for the multiple safety car periods. This hampered his progress and had to settle for 5th place when the chequered flag dropped. 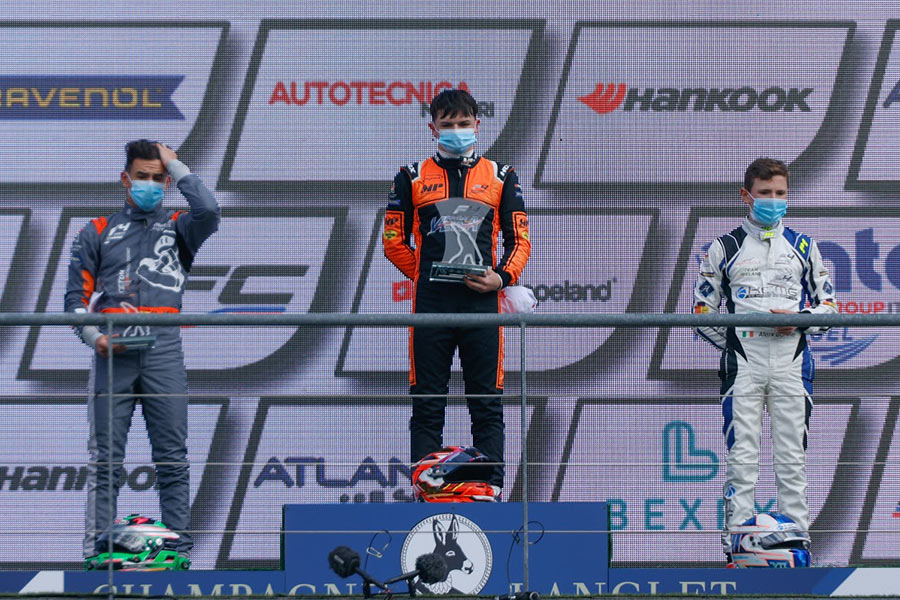 A pair of strong finishes in Belgium now puts Alex Dunne 5th overall in the points race as the Spanish F4 Championship heads to the Circuito de Navarra on the 29th to 30th of May.

Alex Dunne: “I’m delighted to have completed my first ever car racing weekend with a pole position and a debut podium. I’ve learnt so much this weekend and with so much being new to me I am really happy with how everything went.This weekend sets us up very nicely for a championship challenge over the remainder of the season and I can’t wait for the next event to build on this performance. Thanks to KCMG and Pinnacle Motorsport for making this possible.”

John O’Hara, Team Director: “Alex really impressed us with his debut performance this weekend. We had full confidence that he had the pace to fight in front, but taking pole in qualifying was a nice surprise to everyone at Pinnacle Motorsport. He also showed maturity in his driving as he battled for position on track. If it weren’t for the lengthy safety car periods and a slight error in Race 2, we could have easily finished on the podium more than once.”