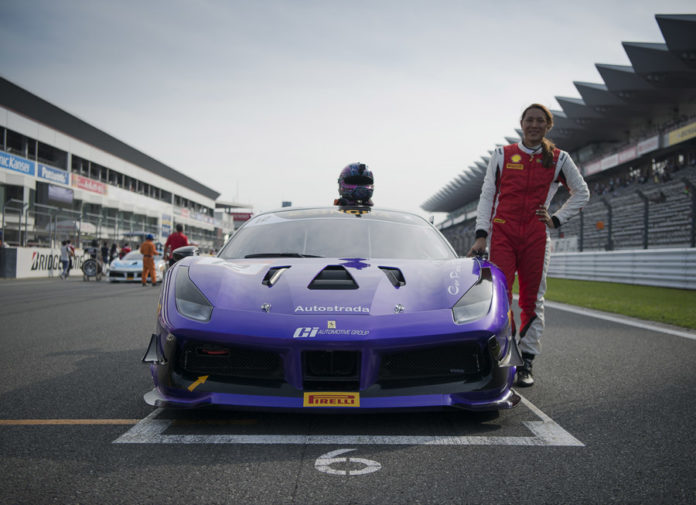 So, what has been Angie King been up to these days? After making a one-off outing in Formula Masters Series last June, she joined the Ferrari Challenge Asia Pacific’s grid when it visited the Fuji Speedway on July 7/9.

The rookie piloted the purple-liveried #12 488 Challenge around the 4.563 km circuit. Amongst a field of 35 drivers from 13 different countries, she was the only one to race the Philippine flag. Angie also entered the Trofeo Pirelli AM class, which is the second highest division in the Corse Clienti series on what is already the 4th event of the season. But it didn’t really show as she was able to drive to an impressive debut and land a podium.

Angie was able to quickly get up to speed despite driving an unfamiliar machine. She was consistently within the top runners in practice and made it as high as P4 in one of the early sessions. 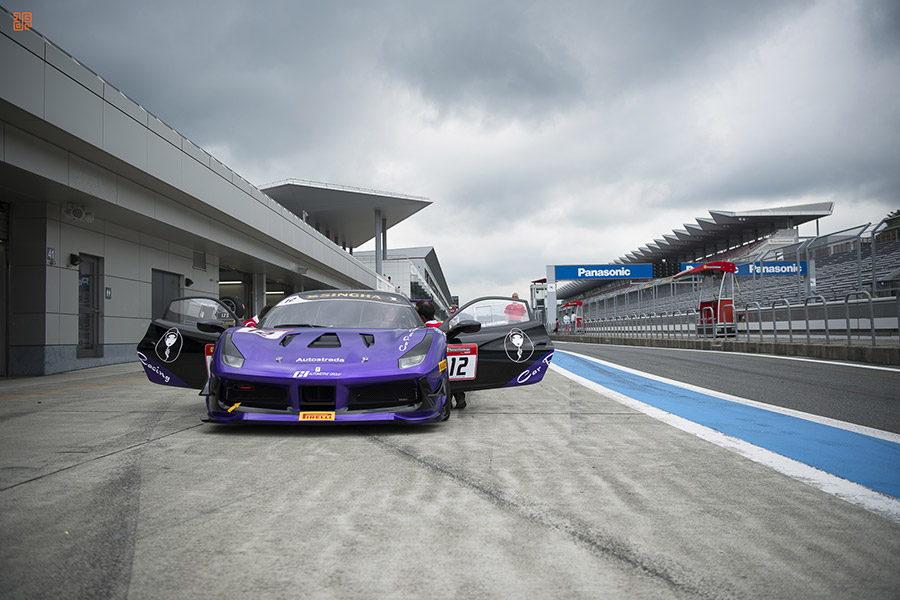 A good qualifying run allowed her to start P8 on the grid in Race 1.

“I had a great start and I managed to push up halfway through, but above the 12 laps I spun out on the chicane. I lost my position and got confused on where I stood amongst my competitors,” said King. “But that didn’t stop me from trying to catch up.”

When the chequered flag dropped after 18 laps, Angie completed her first race 2nd in Trofeo Pirelli AM and more impressively, 6th overall. She was only 36.284 behind the winning car and set a best lap of 1:44.828. 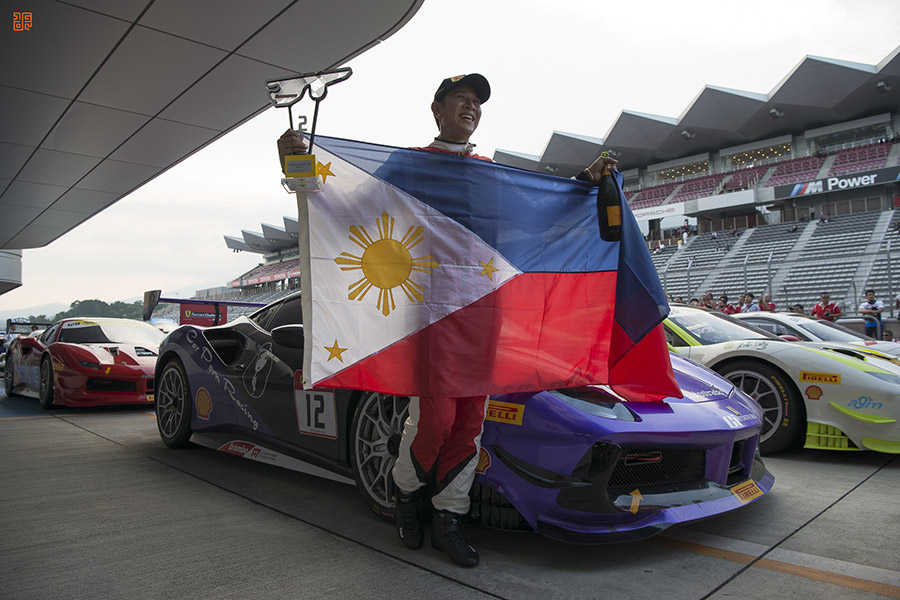 Another solid result in qualifying put her in P8 again on Race 2. All hopes of a good finish, however, was immediately crushed when Angie was hit by a spinning car on only the second lap of the race. Damage on the #12 machine proved to be too much and sadly had to be retired.

“Coming into the series as an amateur with little experience with professional racing, I was very nervous especially since I didn’t know the track or the car,” said King about her first Ferrari Challenge experience. “I had several challenges during the practice runs, and I wasn’t very confident about how I will do during race day. 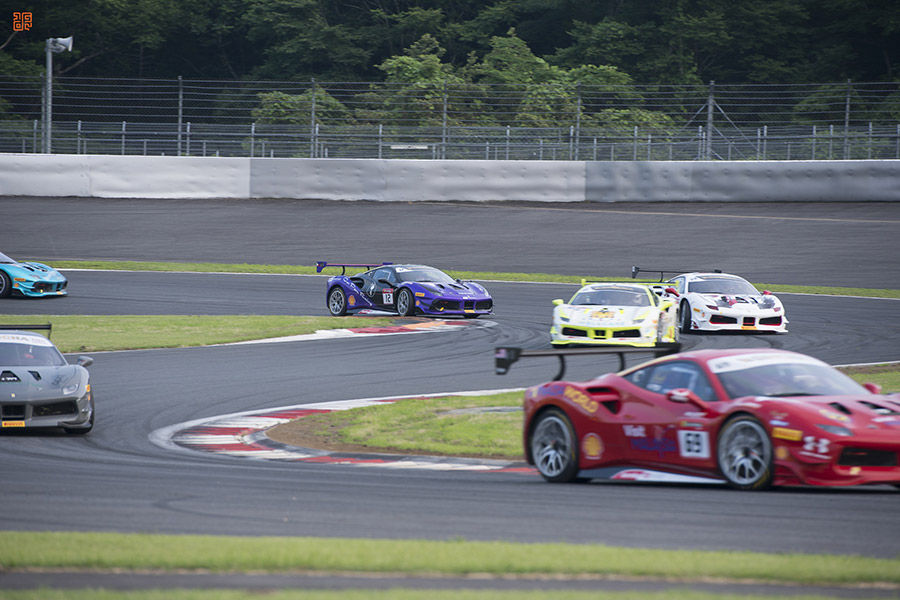 “To say that I was ecstatic is an understatement. I was in shock that I was able to garner a podium finish on my first race, gaining respect from my crew and the other drivers that day,” she added. “I am in love with the 488 Challenge and Fuji Speedway and I can’t wait to get to the next race.”

The Ferrari Challenge Asia Pacific resumes on August 25/27 at the Sepang International Circuit. There, Angie will once again race the Philippine flag to more podium finishes.

“Angie King is well known for her passion for cars and racing and she has been a long-time friend,” said Wellington Soong, Chair and President of Autostrada Motore, the official distributor of Ferrari in the Philippines. “Having her represent the country this year in one of the most competitive non-professional series in the world is an honor, and her podium finish just solidifies the talent of Filipinos in the world of racing, powered by one of the world’s strongest car brands.” 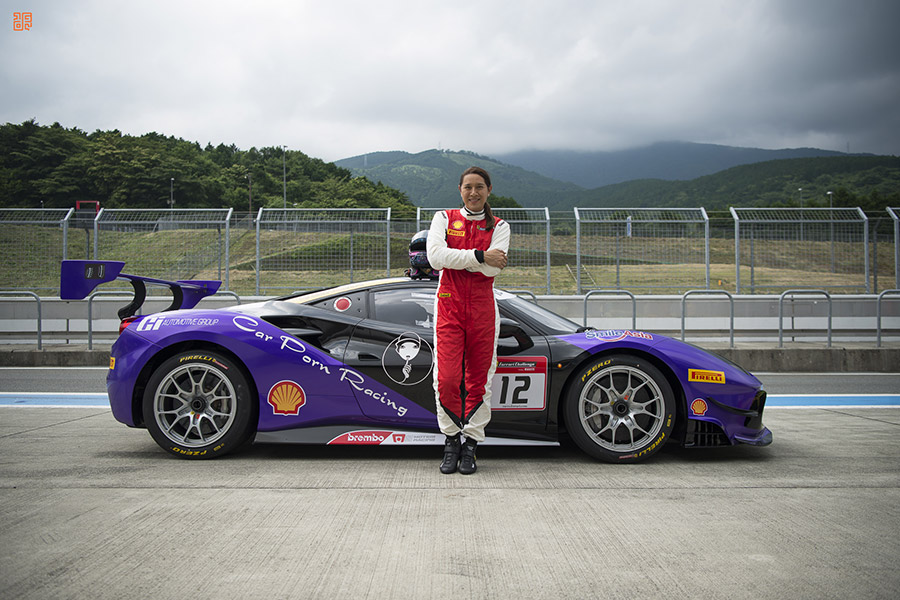