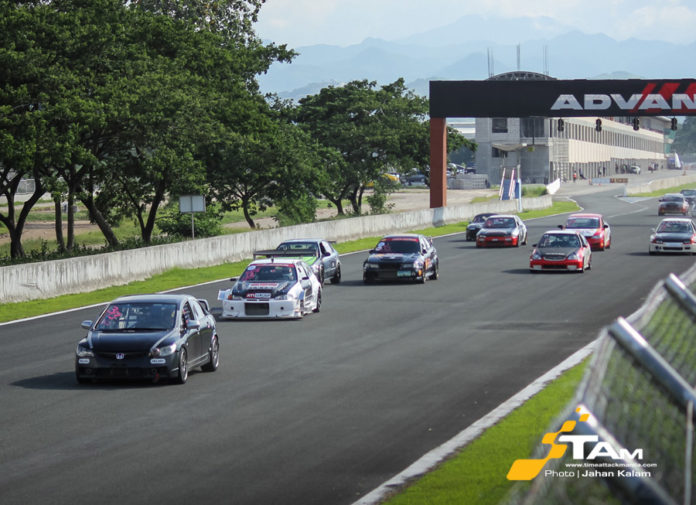 Despite having less horsepower than the rest of the GT Radial Grid A field, Eggy Ong in the #313 Forced Speed Honda Civic FD scored a dominant win at Round 5 of the FlatOut Race Series (FORS).

The 2017 season made its first visit to the Clark International Speedway (CIS) last 1st of July. There, 69 entries participated in the Time Attack and Grid races held under sweltering temperatures. While others struggled in the difficult conditions, Eggy took the chequered flag with a 14.998 sec advantage. He also ended the day with a podium spot in Bracket R and Bracket A. 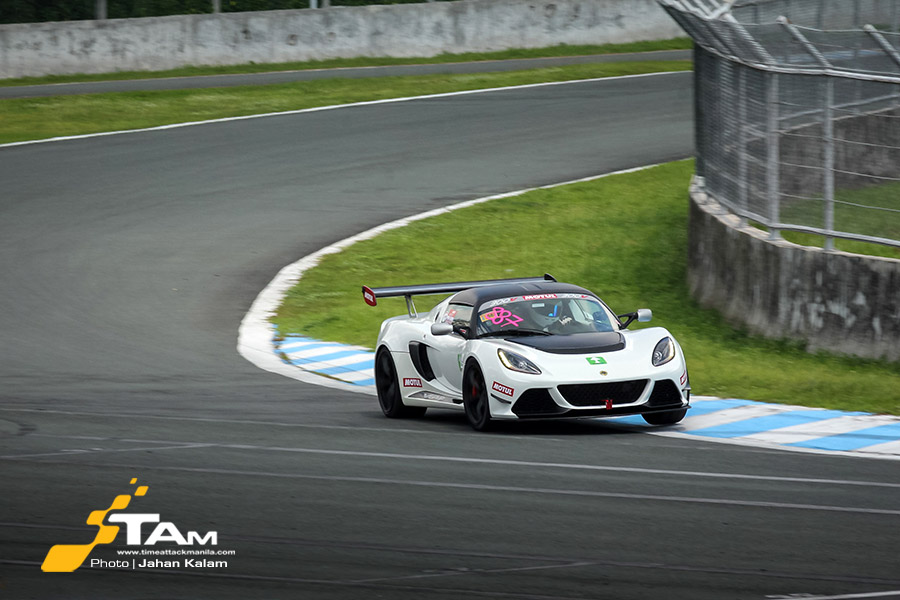 Eduardo Suiza set a 2:10.212 lap to win Bracket A driving the #200 W-Autosport / Staging Lanes Honda Civic EG. Eggy went out again on a different set of tires to grab 2nd, while Rafael la O’ in the #1 Auto Magic Honda Civic EK was 3rd. 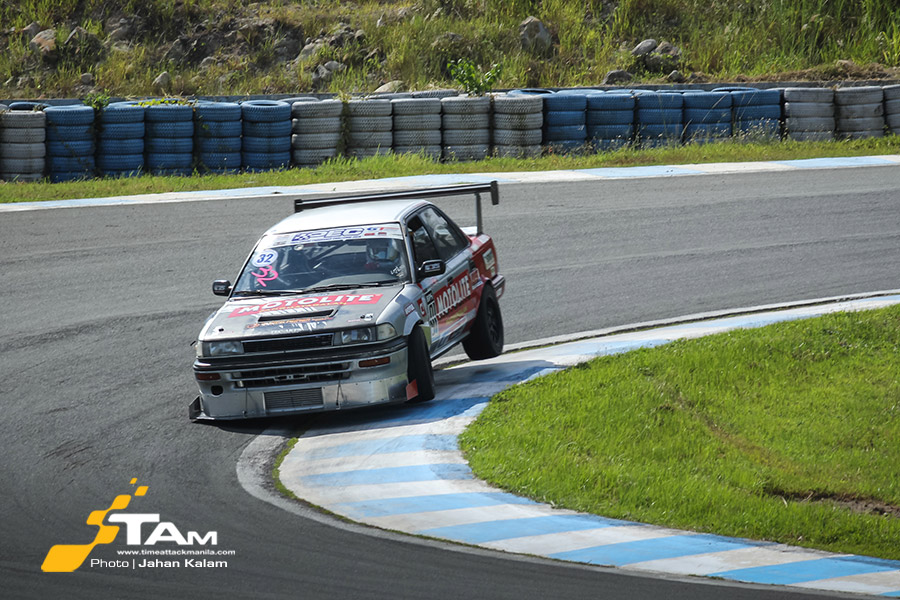 Jero Consing was quickest in Bracket B with a 2:16.765 lap. Andrew de Asis maintains his championship lead by finishing 2nd and was followed by Nicolo Fernandez in 3rd. Besting a field of 9 drivers, top spot in Bracket C went to Kikong Dela Rama. Dax Santiano and Bubi Camus were 2nd and 3rd, respectively. Then there’s Bracket D where Greg Suing beat Ralph Tan and Raymond de Pano for 1st place.

Abet Reyes, Michael Angelo Turing, and Bernard Michael Santos landed on the top 3 spots in Bracket E in that order. Bracket F victory went to Mark Castro who outpaced Steve Travers and Robert Tan for the win. Lastly, Mark Pascual in the BYD F0 continuously improves, this time ending up 1st in Bracket G. He was followed by Miguel Narciso in 2nd. 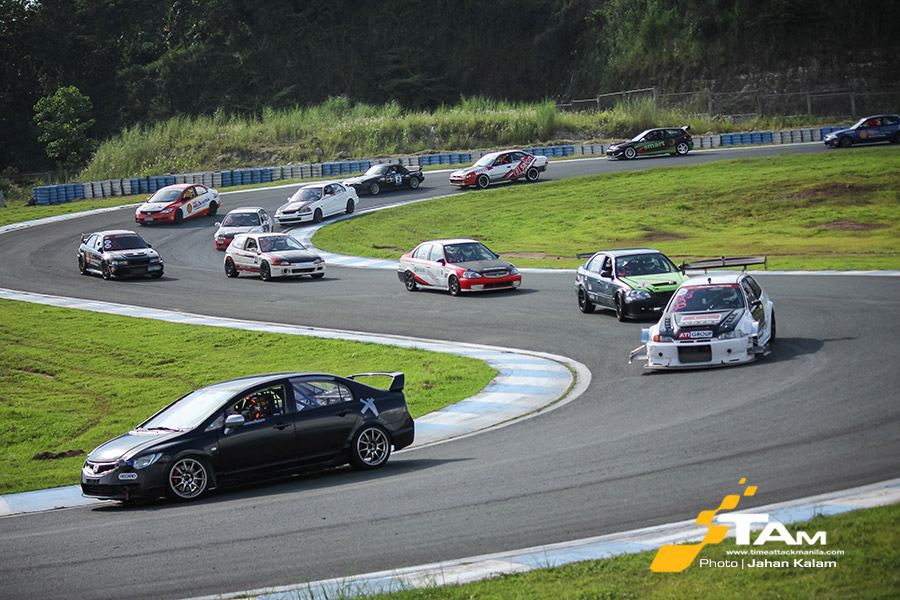 Grid Race
The GT Radial Grid A race was a 3-way battle between reigning champion Eduardo Suiza, Eggy Ong, and Rafael la O’. Eggy made a blistering start off the line to immediately take the lead. He controlled the race from that point on and won with a commanding lead. Eduardo followed in 2nd while setting the fastest time of the race. La O’ then crossed the line a lap behind in 3rd.

Eggy’s fellow Forced Speed teammate Nicolo Fernandez won the KYB Grid B race. Driving the #350 Honda Civic EG, he won the 11-lap race by a 3.225 sec margin. Close behind was Blanche Racing’s Andrew De Asis while Dominique Bon was 3rd. Bubi Camus won his first race on his debut season by beating Jack Saquilayan and Polo Bautista. He built a 4.269 sec lead in the BRE x Carmudi Mazda MX-5 during the Smart Fuels Grid C race to take the win. 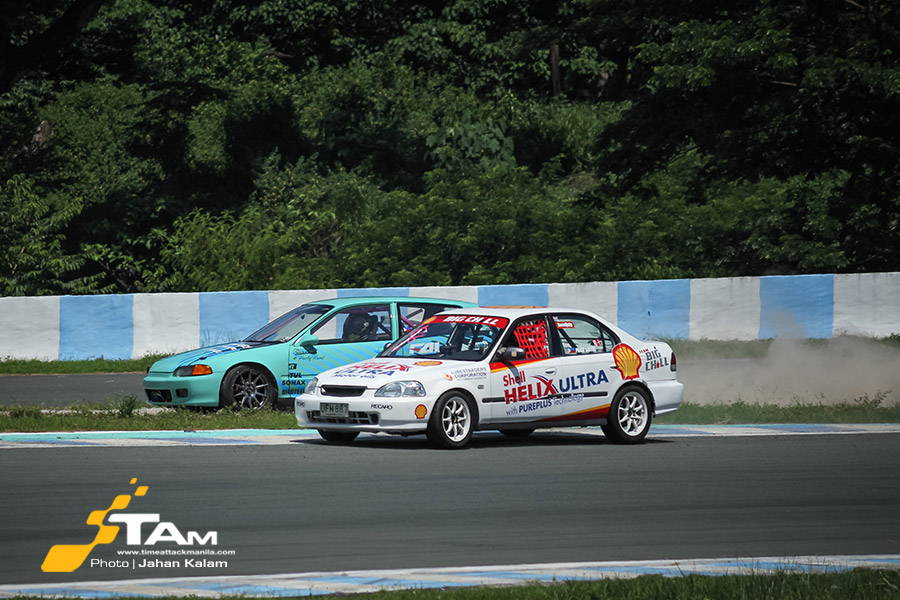 With 14 cars of the grid, the Recaro Grid D race was once again the biggest of the day. The lead battle brewed between Motorsport Development Program (MSDP) graduate Paolo Santos, Ralph Tan, and Raymond De Pano. Ralph pushed too hard and broke out of his bracket that earned him a 120 sec penalty. Raymond was likewise slapped with a penalty that dropped him down the order. This allowed Paolo, fellow MSDP graduate Bernard Michael Santos, and Ronn Catindig to take 1st, 2nd, and 3rd, respectively. 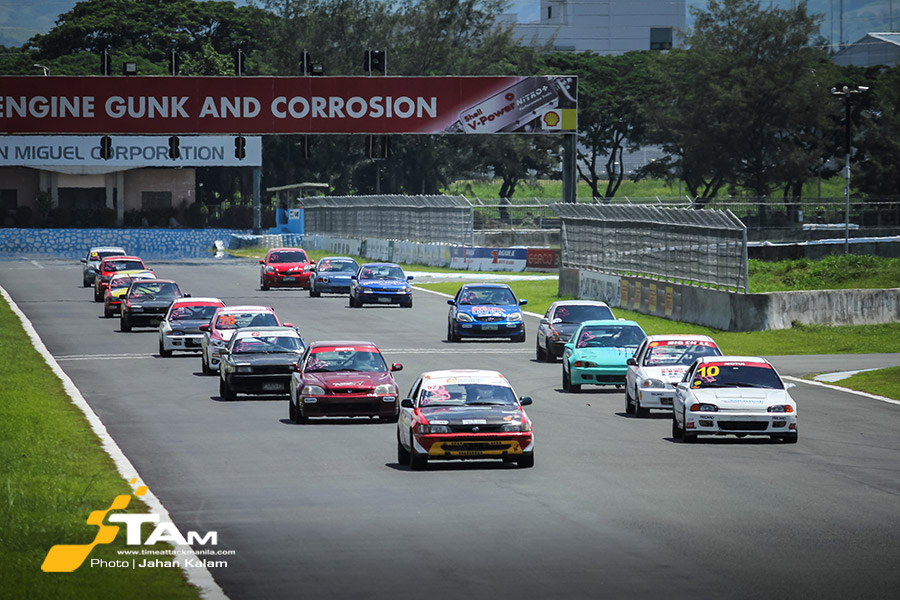 The FlatOut Race Series (FORS) will return to the Batangas Racing Circuit on August 5 for Round 6. 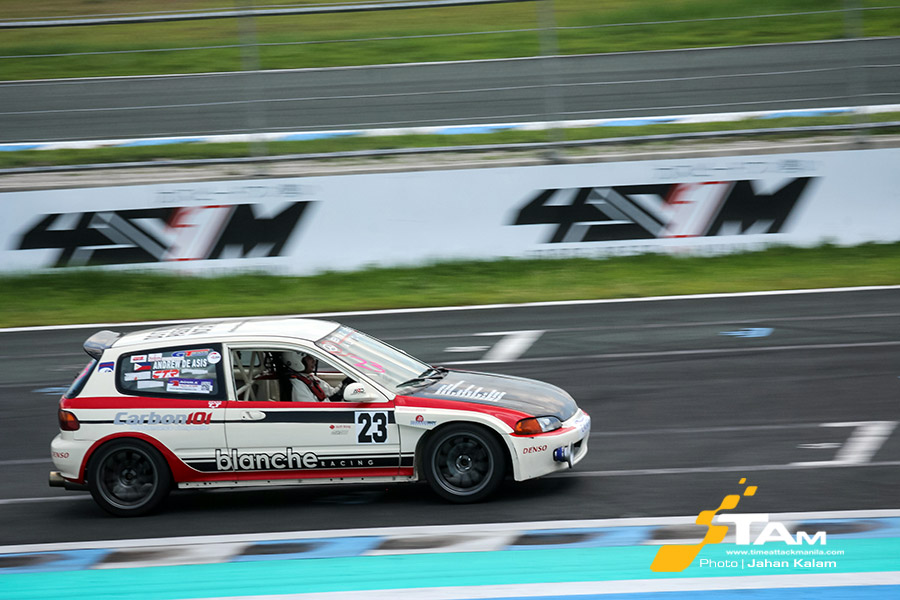 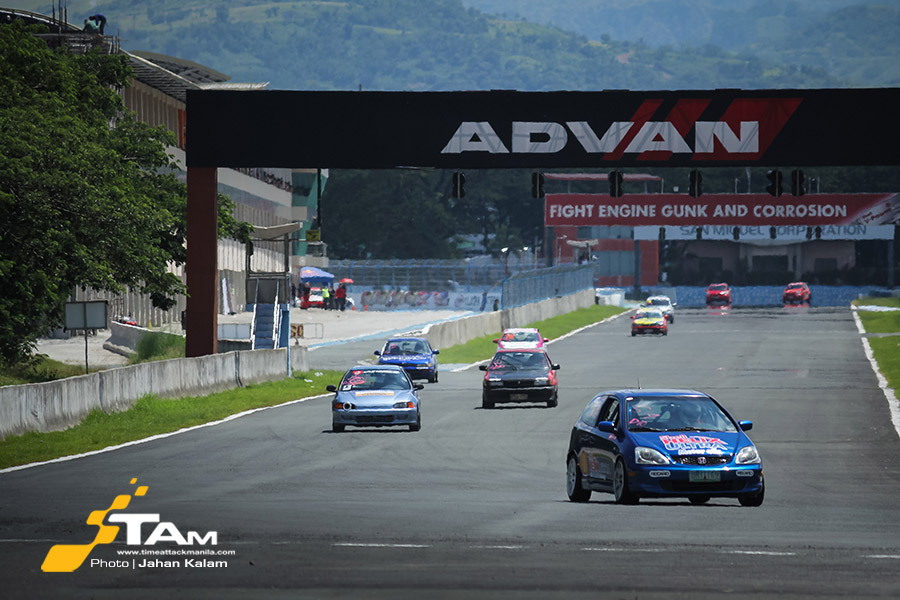 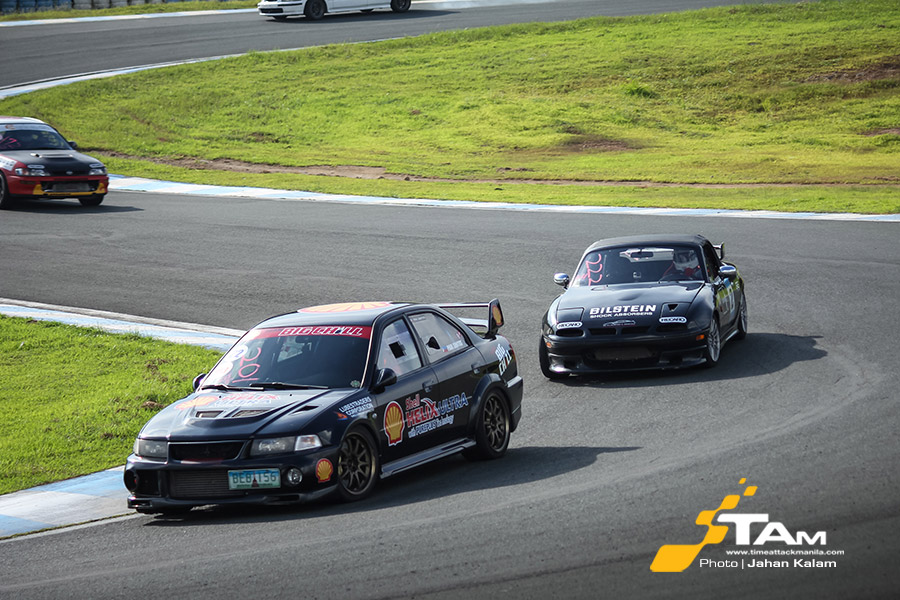 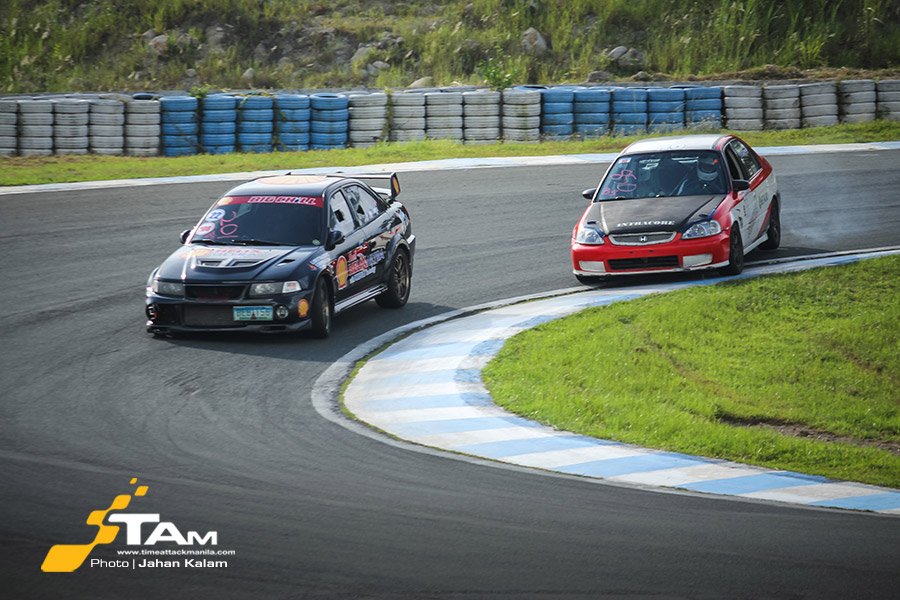