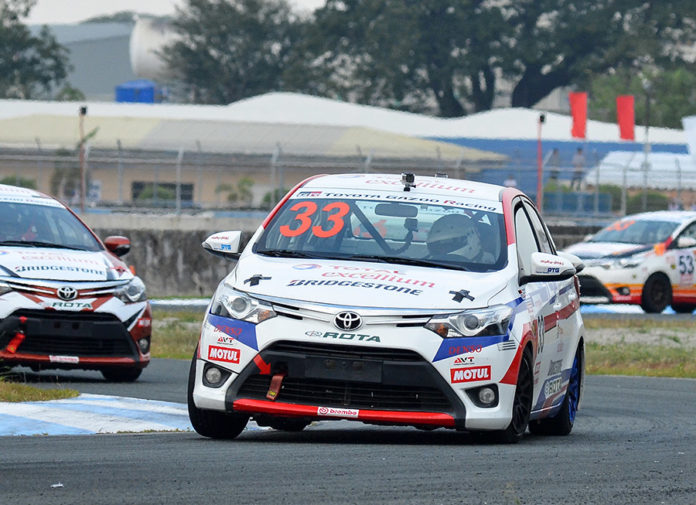 Year after year, race after race, Ton Ramos has always given his best to win in the Vios Cup. He came close on several occasions, but the coveted race win has always eluded the Toyota San Fernando (TSF) team driver. Then, at the 2017 season opener last April 29, his fortunes changed when finally earned a much-awaited 1st place finish at the Clark International Speedway.

TSF worked non-stop to prep the #33 Toncars-sponsored Vios Cup Car. This gave Ton a well-balanced, well-handling machine come race day. Fittingly, he managed to set a 2:28.227 lap during qualifying and lined up P2 on the grid. 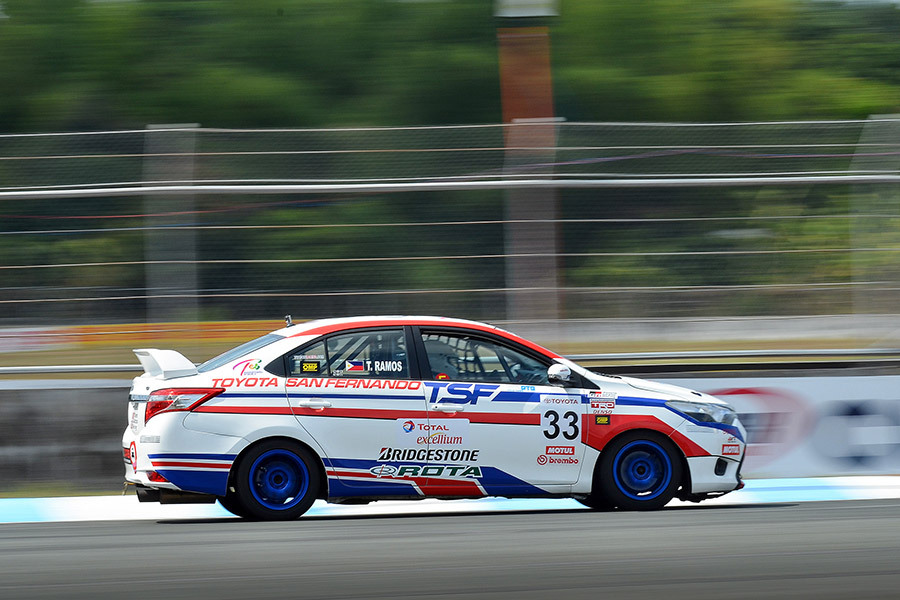 Starting from the left-hand-side of track in Race 1, he immediately pulled alongside pole-sitter Mark Sy of Toyota San Pablo in the run to the first turn. Ton then emerged in P1 after the first series of corners and spent the next few laps defending his lead. But his outright pace allowed him to break away from the 16-car field.

Now with a significant gap to 2nd, Ton decided to ease off and focus on bringing the car home. He cruised to victory with a 2.123 sec lead and crossed the finish line in 1st, collecting his very first win since entering the Vios Cup in 2015. Notably, he did so without any incidents or contact.

Ton was in a class of his own and also managed to set the fastest lap of the race of 2:27.993, quicker than his qualifying time. 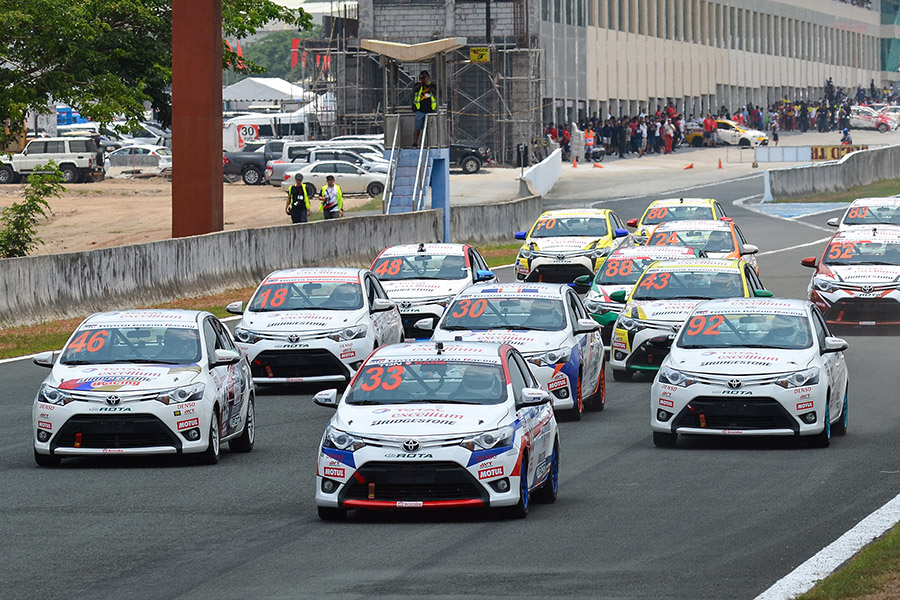 “After 3 years of racing in the Vios Cup, I finally won my first race. It was the perfect day for me. Everything came together and my car felt really good since practice. Come race day I simply focused on my driving, avoided any contact, and comfortably took the chequered flag,” Ton said.

With a win now in the bag, Ton simply enjoyed Race 2 that afternoon. However, any hope of repeating his success was dashed when he incurred a penalty for a jumpstart and another for overtaking under the yellow flag. But despite these slight setbacks, he was just happy fighting for position and ended the race in 14th place. 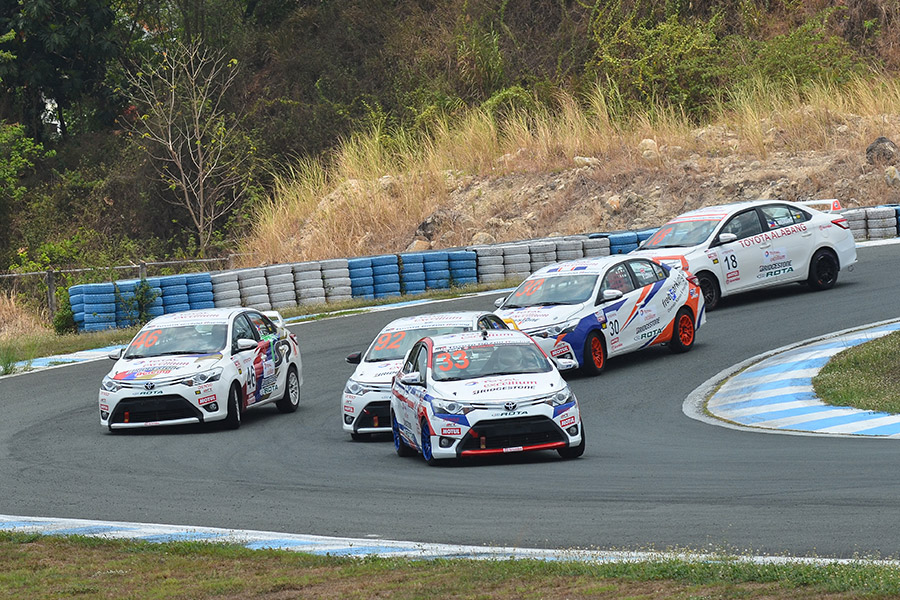 “I’d like to thank our technical director Jeffrey De Leon for giving me a great car, my driving coach Tetsuya-san, and team manager Pauland Dumalo for his advice. Of course, this wouldn’t have been possible without the support of my wife Julia, friends, family, and the entire Toyota San Fernando team,” he added. 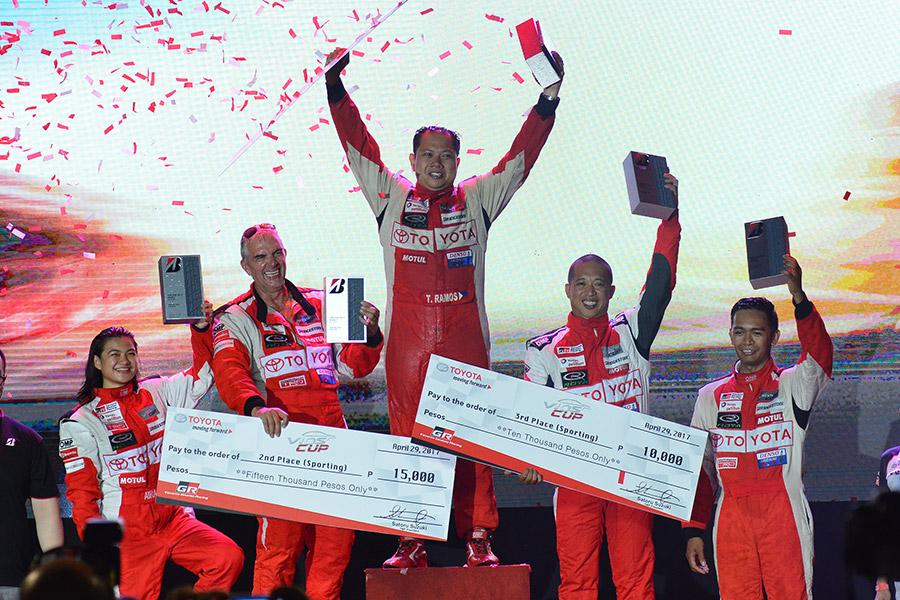