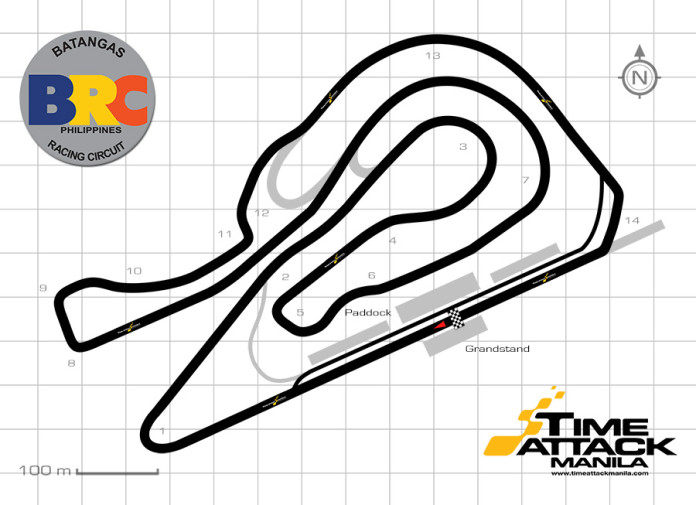 Batangas Racing Circuit (BRC) is 3.700 km permanent race track located in Rosario, Batangas, Philippines which is around 106 km away from Manila. The full course has 14 turns, runs in a clockwise direction, and has a Grade 4 license from the FIA.

It first opened in 1996 and originally had a shorter 2.800 km layout with only 10 turns. The circuit was renovated in 2002 that lengthened the straight after Brian’s corner, added the double left hander Casino, and a chicane. This added 600 meters to the total track length, stretching it to 3.400 km. It was renovated again in 2005, stretching the main straight to accommodate a 650 meter drag strip thereby revising T1 and increasing track length to 3.700 km.