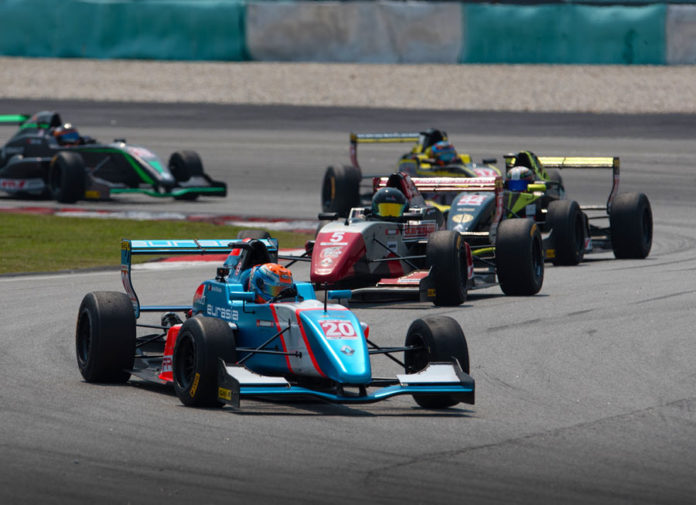 Eurasia Motorsport driver Daniel Miranda capped off what was a stellar debut season in Asian Formula Renault (AFR) in the best possible way. That’s because for the first time in his young single-seater career, he was able to score 2 podium finishes from 2 starts at the Sepang International Circuit (SIC).

Daniel raced on the 5.543 km Formula 1 track just a month ago where he ended up in 5th twice. Now taking everything he learned from that outing, he went on to find where he could improve on his lap times on the weekend of September 28/30. 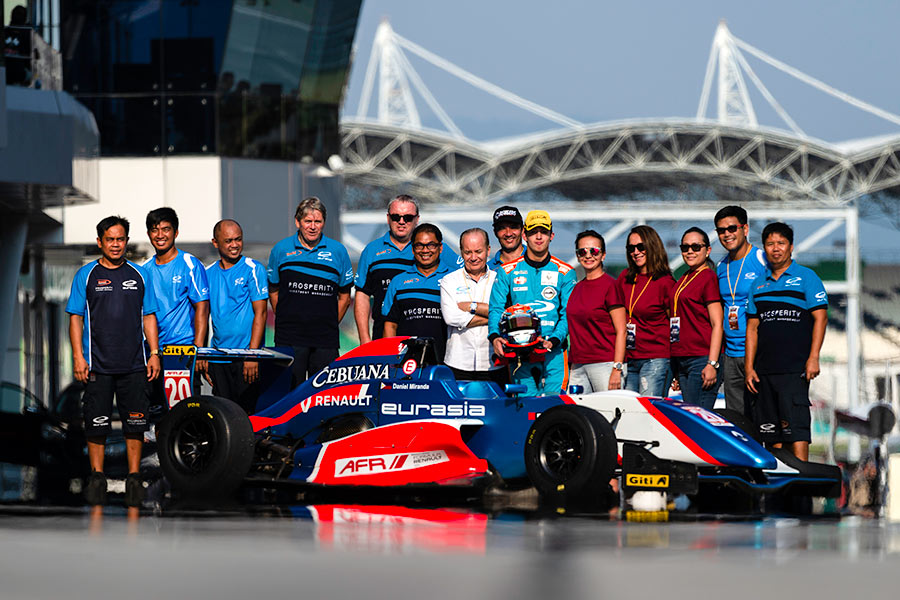 The time sheets clearly showed his progress and was 3rd quickest by FP2. The Filipino driver then qualified P4 and shared the second row of the grid with teammate Eshan Pieris. A great start in Race 1 saw Miranda shoot up to P2 on the run to the first corner. Unfortunately, he couldn’t hold onto the position and slid back to P3. He later spent the next 15 laps defending his spot, ensuring that he drove as smooth as possible and made no mistakes, to take the chequered flag with 3rd place intact.

Daniel carried this momentum into Race 2, except that there was a lot more drama this time. Pieris hounded him throughout the the opening laps and tried to get past. Luckily for him, his teammate made a mistake and fell behind. He then drove a clean race and looked to be on course to another podium finish. But on the last corner of the very last lap, a competitor made a late lunge and spun Daniel around. Although he was able to continue, he lost several positions and crossed the line in a disappointing P5. 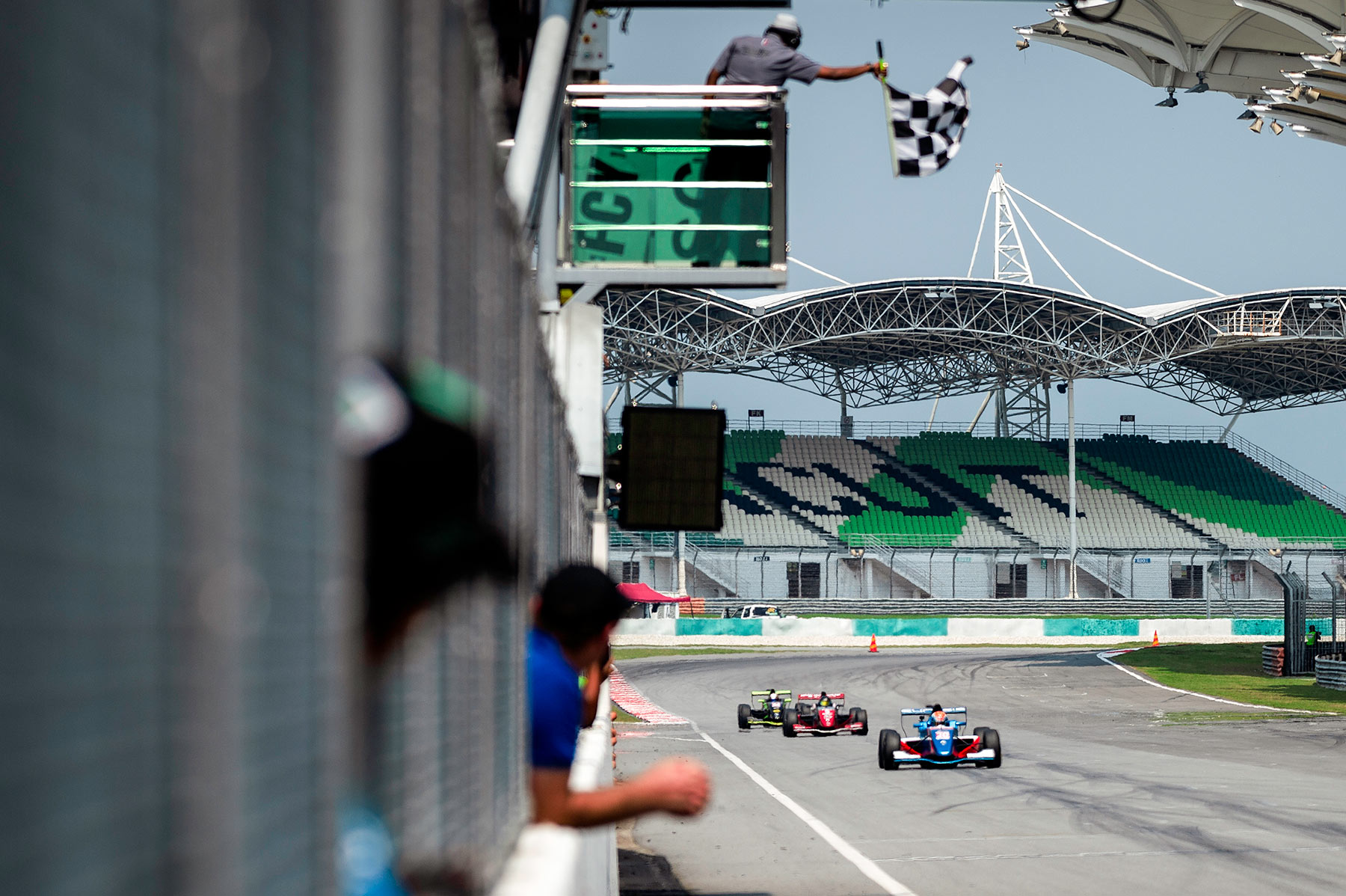 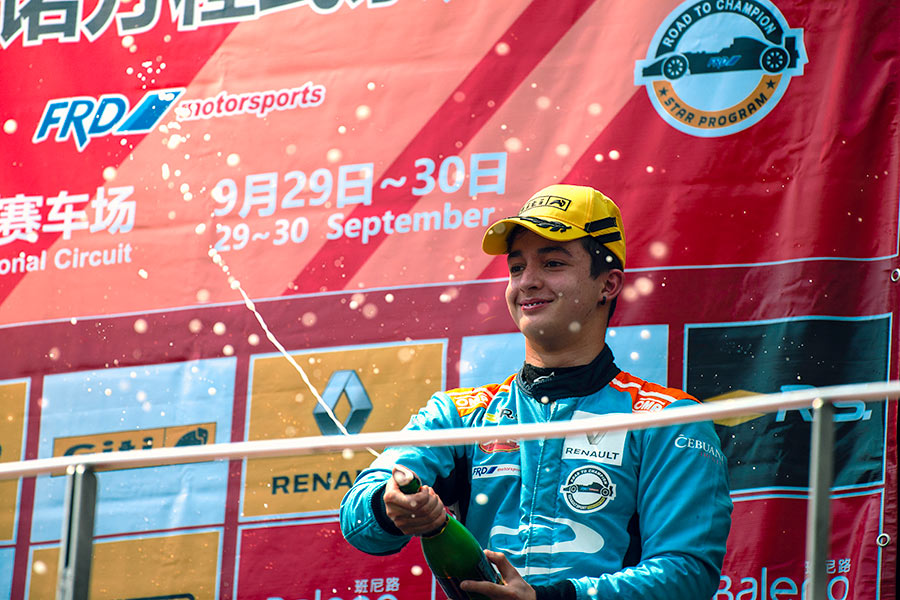 Seeing the incident, the stewards later penalized the erring driver and reversed their finishing order. This gave 3rd place back to a very delighted Daniel Miranda who wrapped up his rookie AFR season on the podium.

Daniel Miranda: “It wasn’t an easy journey for me moving from the Vios Cup into single seaters. But every race and every time I was on track, I got quicker and quicker. I’m really happy I ended 2018 with a double podium which made my team and family really happy as well. I would like to thank God for keeping me safe this whole season. Thank you to my family, my sponsor Cebuana Lhuillier, my team and mechanics at Eurasia, and everyone involved for making this possible.”

Roland Hermoso, Driver Coach & Manager: “I can truly say that on the final race of the season, Daniel has matured a lot as a driver. He put on a good performance in Sepang and I’m happy that he’s still improving. I’m very proud of his accomplishments this year. We started the year thinking that a top 8 finish would be fine, but Daniel surprised us with podiums in Shanghai and Sepang, which are some of the most difficult tracks in the calendar. Hopefully we can do another season in single seaters. With the things he learned in AFR, I’m sure he will be a better driver next year.” 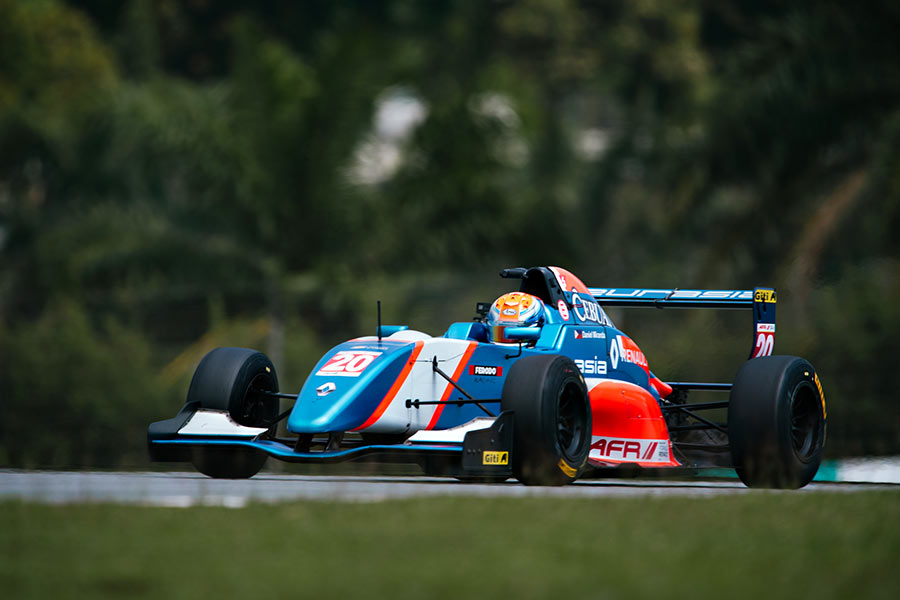 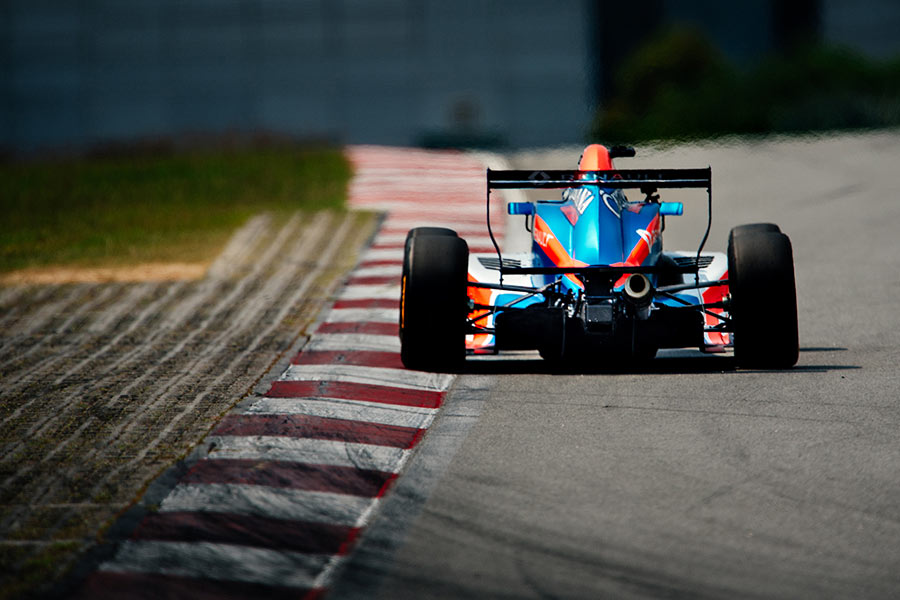 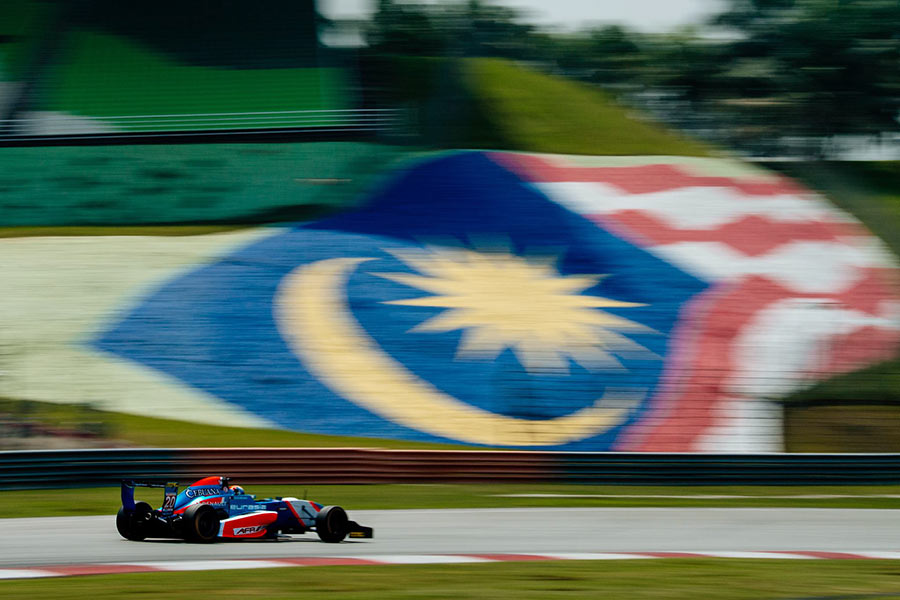