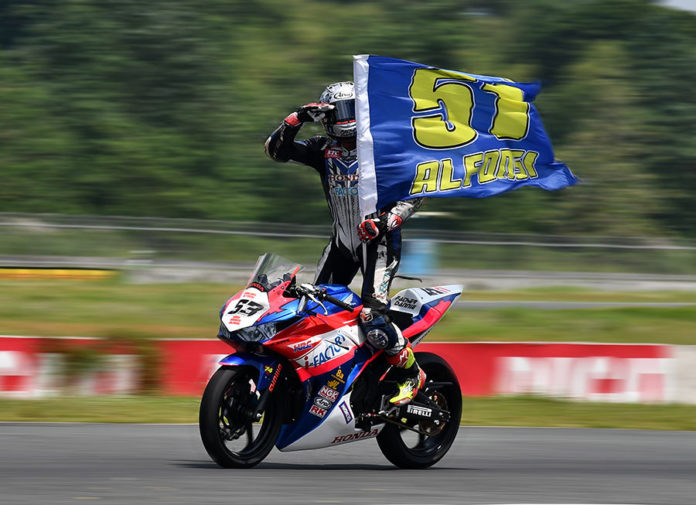 ‘Father Dannie’ has done it. The rider of the #53 bike is the newly-crowned Pirelli Cup 2018 champion in the Group 2 Lightweight A (LWA) category. And it he did by securing a podium and race win at the season finale last October 6/7, thus breaking his curse of numerous championship near-misses in the past. 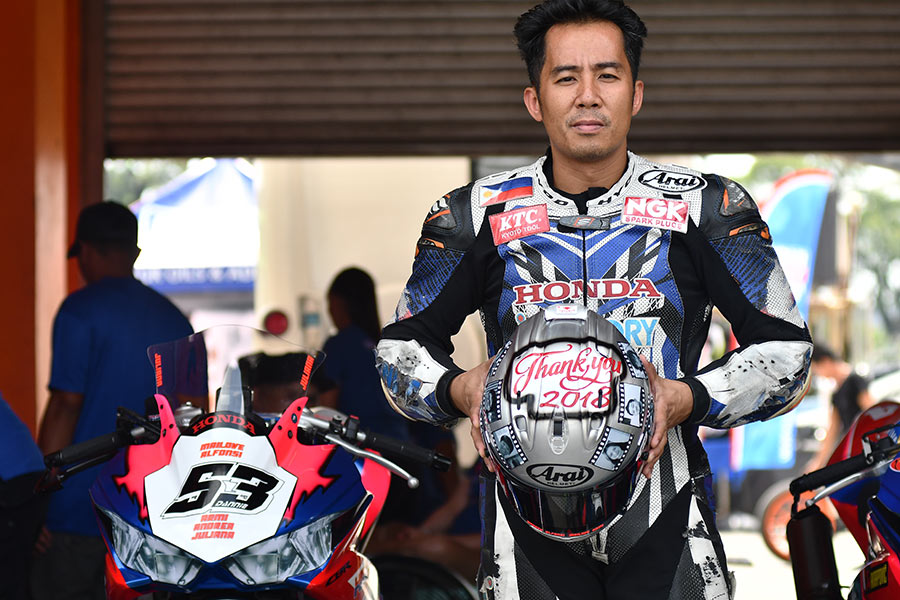 Dannie Daquigan arrived at the Clark International Speedway (CIS) donning a new lid. The newly-painted Arai helmet featured the 19 faces of people who helped him this season which included his family, friends, teammate, mechanics, tuner, graphic designer, photographer, and even his PR man at Time Attack Manila. More importantly, he also came with a 62 point lead and was only inches away from taking the title.

But things didn’t go as well as they had planned. 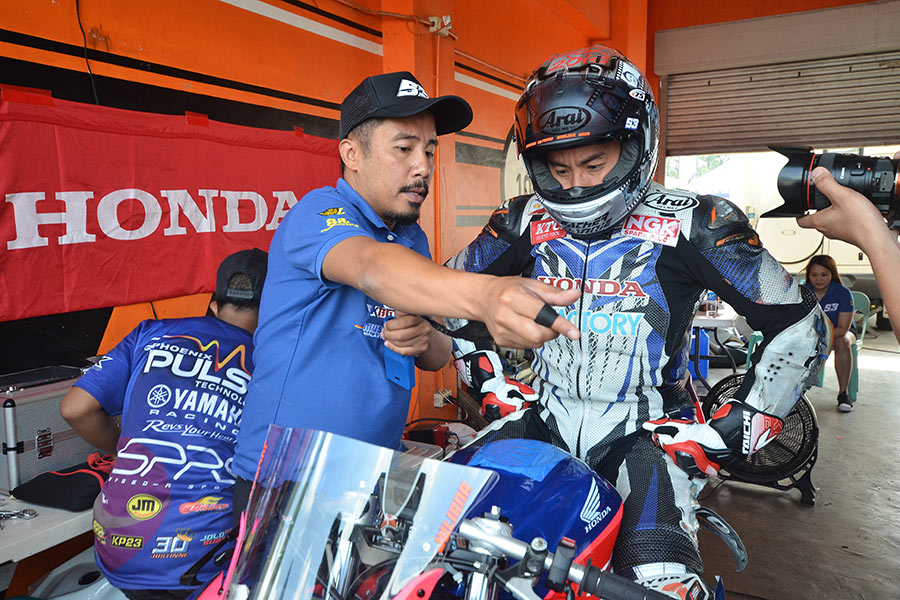 His #53 Yamaha R3 had engine problems since Friday, a problem which the team couldn’t find. This also adversely affected the bike’s balance taking its toll on Dannie’s focus and confidence. He was evidently off the pace throughout Qualifying and could only manage P11.

With bike issues following Dannie into Race 1 on Saturday, he knew there was no way to win yet never gave up. It took everything he had just to keep up with the leaders and was surprisingly still the fastest rider in LWA. He crossed the finish line after 6 grueling laps 2nd in class and 5th overall. 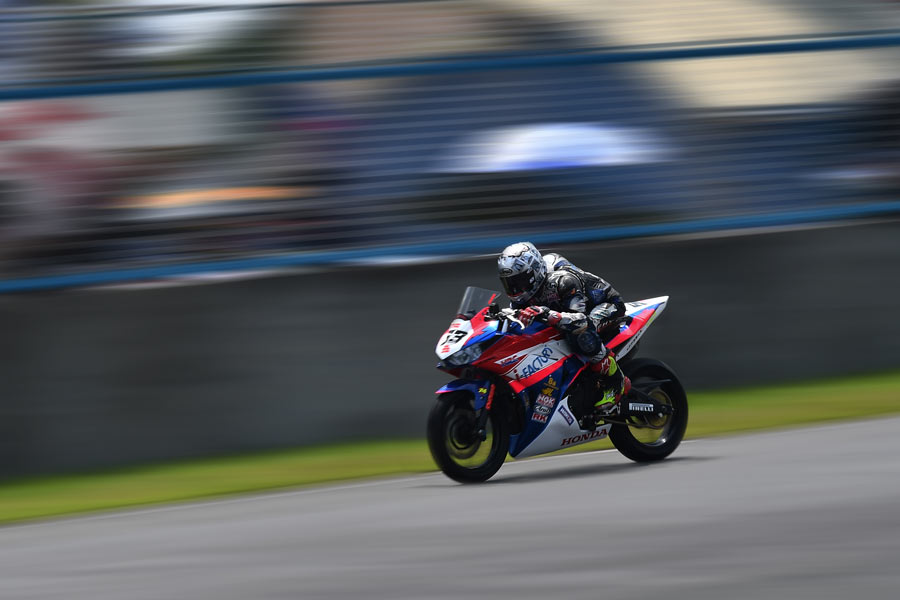 It was a good result considering all the problems he had to deal with, but Dannie doesn’t want to be 2nd. He wants to win. At the last possible moment, the team was able to resolve the #53’s technical gremlins and the Daquigan Sports Factory (DSF) rider can finally have the title showdown he wanted on Sunday.

Starting way back in P11, Dannie took the holeshot into the first corner and surprised the field by leading the race. Although he was later passed by the quicker SuperSport (SS) riders, he was still in a class of his own in LWA. No one could match his pace in the group and was lapping more than four seconds quicker than everyone else. This allowed him to take a commanding class victory with a 24.501 secs lead.

Dannie also gave a final salute on his bike as he took the chequered flag, signifying that he has accomplished his mission to be crowned the Pirelli Cup 2018 LWA champion. 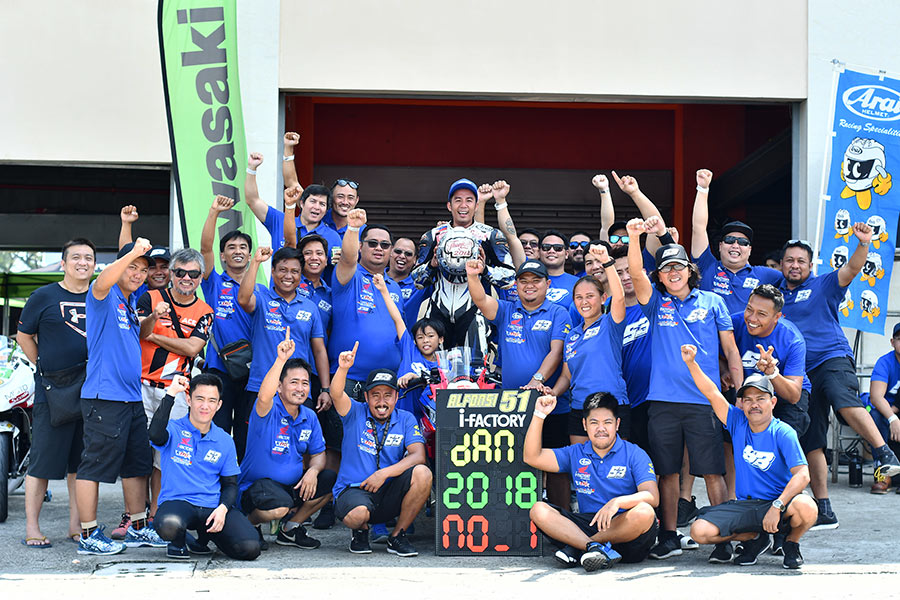 Winning the title is a significant milestone in Dannie’s career. Because in all his years of racing, he has always come close to winning the championship but never did. Even on 4 wheels with touring cars, rally, and slalom, ‘Father Dannie’ endured season after season of finishing 1st runner up. The heartbreak continued into 2 wheels. He had epic title fights with Dashi Watanabe on 115cc and the late Maico Buncio in the 130cc category, where both championships sadly slipped away.

2018 is a special year for Dannie. He returned to motorsports after a 10-year-hiatus to finally win a championship and break the curse.

If there’s one thing regrets, it’s selling his old race bikes. He never saw the significance of each machine back then and sold one bike to buy parts for the next. Now that he knows better, he also intends to keep the championship-winning #53 machine as a memorabilia. 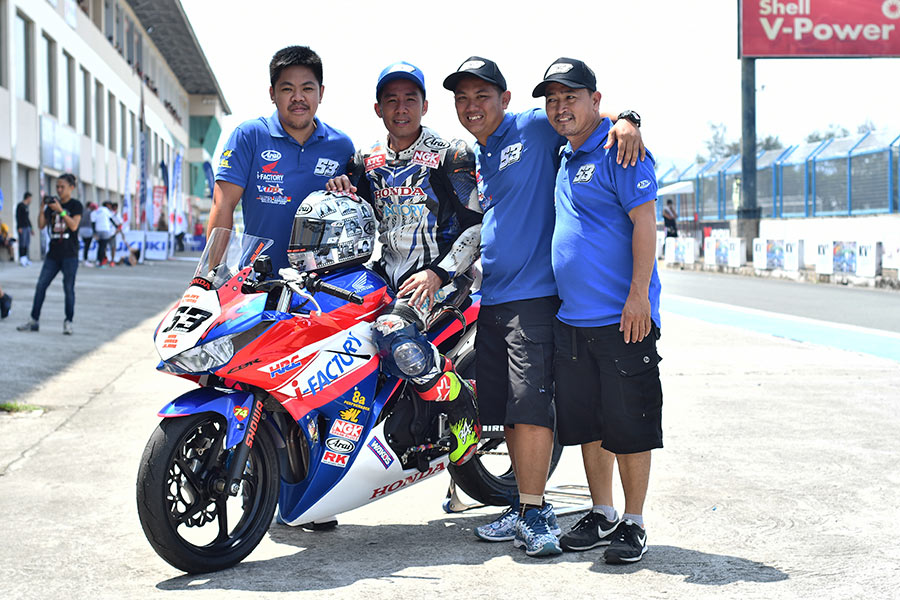 Dannie Daquigan: “At last, after many years of racing I can say that I now have a championship. Great work by the whole team this season and congratulations to us all. I’d like to thank my wife Mailove Santos for supporting me all the way, my son Alfonsi who is my #1 motivation and inspiration, and to my 3 daughters Armi, Andrea, and Juliana. I have nothing left to prove at my age and I can now close a chapter in my motorsports career. My focus will now be on my 9-year-old son Alfoni, because it’s his time to race and shine. I don’t mine sitting in the sidelines as I’ll be Alfonsi’s manager, coach, and #1 fan.” 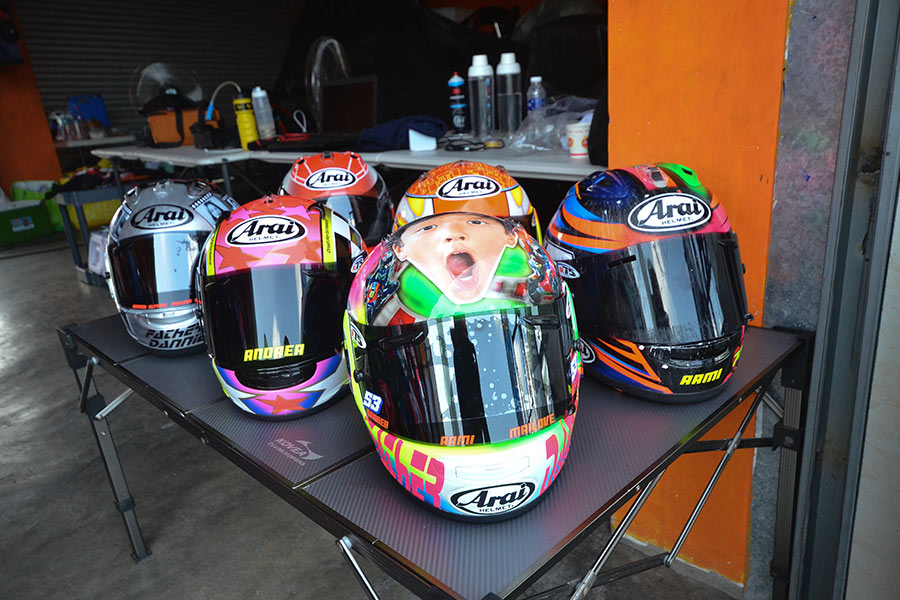 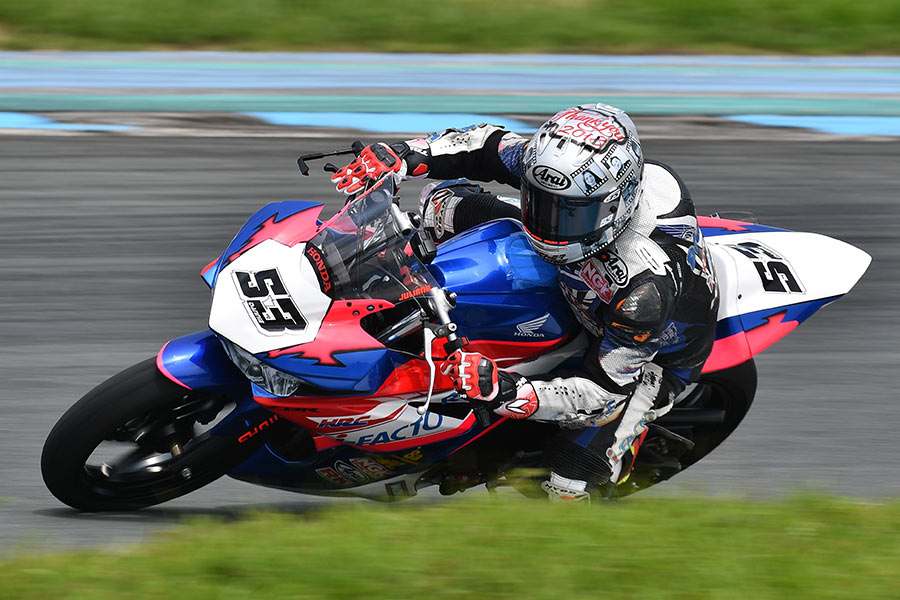 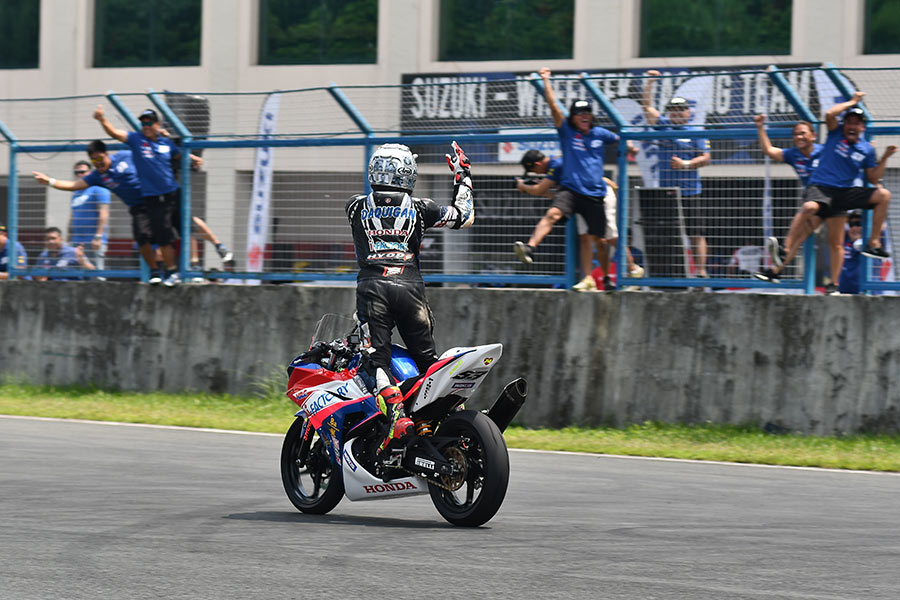 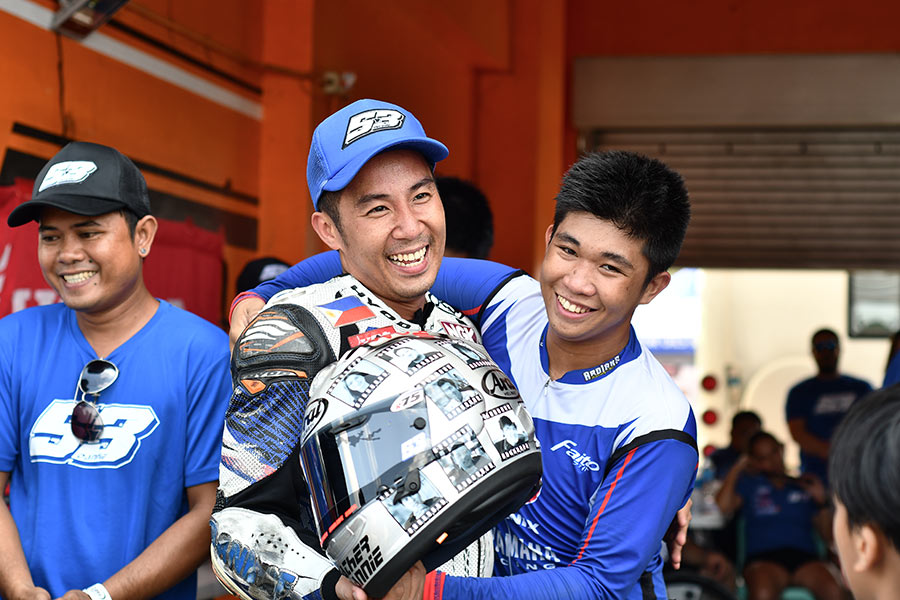 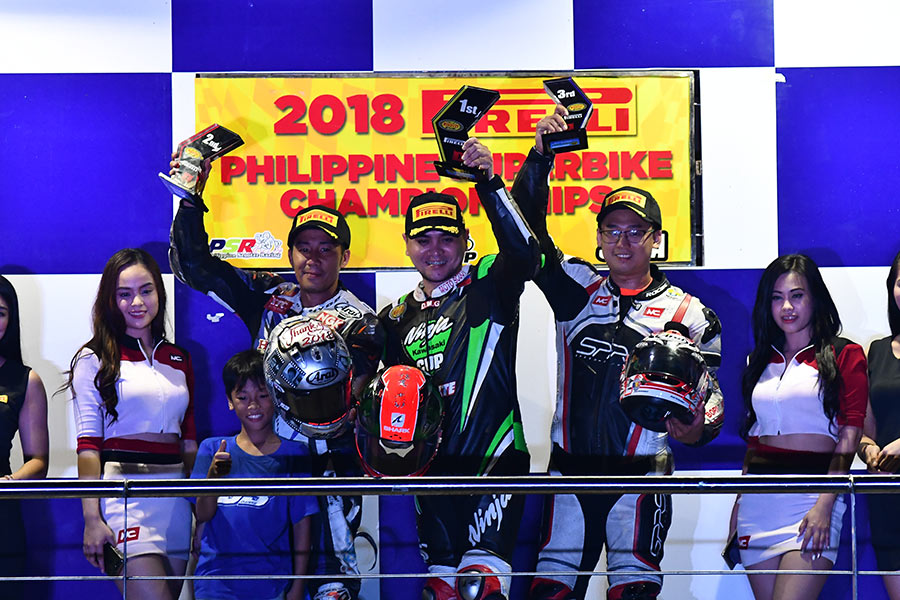