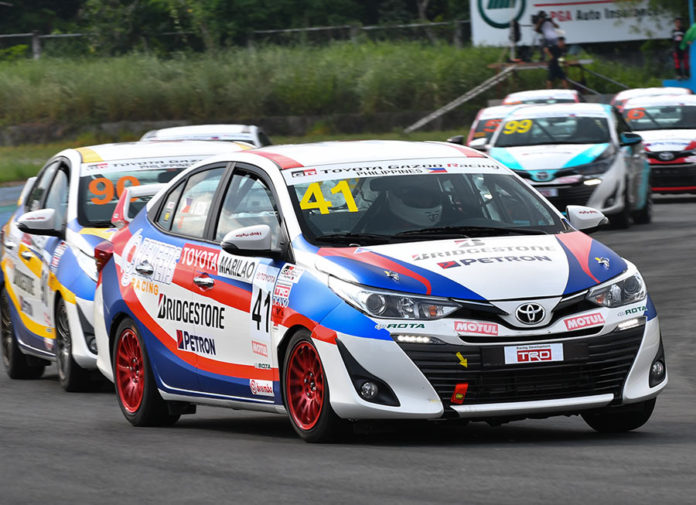 The much-awaited Vios Circuit Championship finally got the green light over the weekend at the Clark International Speedway (CIS) where Obengers Racing absolutely killed it. Between its 5 drivers, they walked away with 4 wins, 5 podium finishes, 2 fastest laps, and the best team award last June 7/8, easily making them the most successful team during the season opener.

Sporting Class
John Dizon, who won the Sporting Class title last year, lead the way for Toyota Marilao-Obengers by qualifying on pole position for Race 1 on Friday. He easily converted that into a lights-to-flag victory to win by a commanding 7.813 secs margin and set the fastest lap of the race in the process.

Unfortunately, his attempt at another strong finish in Race 2 was cut short by gearbox problems that forced him into retirement. As the true champion that he is, he fought back in Race 3 and he fought back hard. Coming all the way from the back of a 20-car grid, John clawed his way up the standings to cross the finish line in 2nd place with another fastest lap. 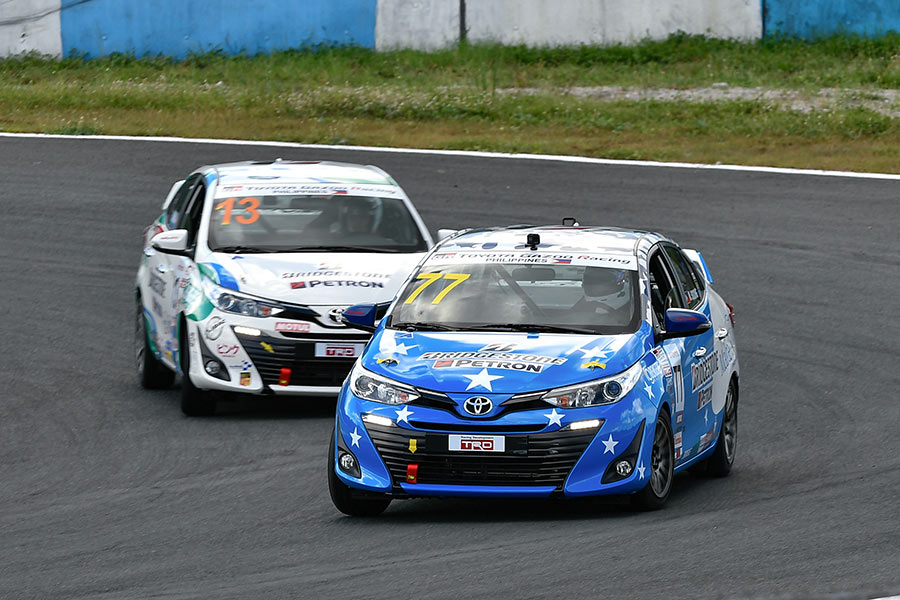 His teammate Marc Soong meanwhile had a very different experience. Driving the #77 ‘Make-A-Wish-Foundation’ Vios OMR by Toyota Balintawak-Obengers, he began the weekend with a point-scoring 6th place on Friday. Race day jitters, however, prevented Soong from capitalizing on 2 pole position starts and ended up in a respectable 4th and 5th on Saturday. 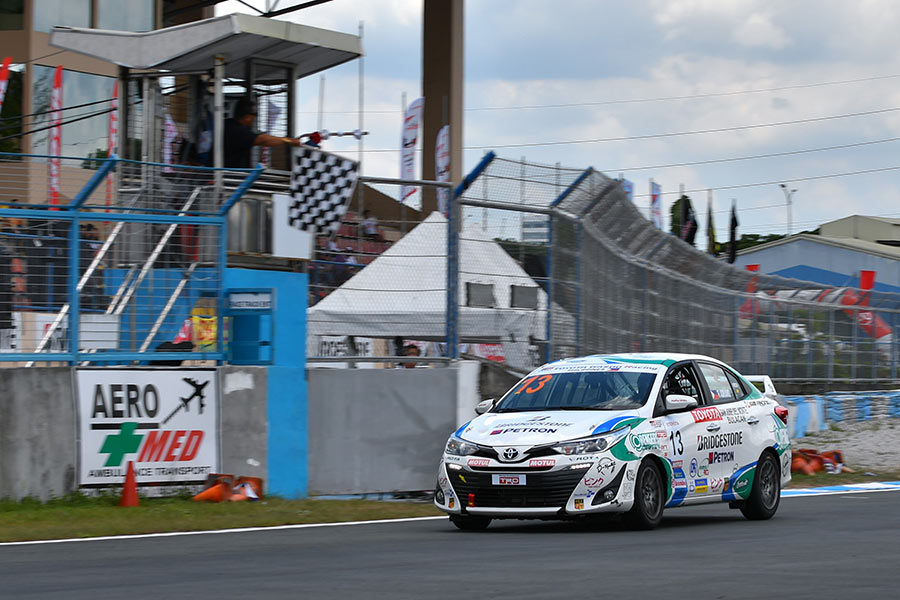 The trio ran nose-to-tail in Race 1 with Adriano leading the way. The GT Academy finalist proved that whatever he learned on the PlayStation translated into real world racing and surprised by winning on his debut. Also a newcomer to the series, Tang did well to take the chequered flag 2nd on his first ever race just 1.990 secs behind his teammate, while Menorca claimed the last podium spot to earned Obengers Racing a 1-2-3 finish on Friday.

They again took control of the race on Saturday and was en route to another all-Obengers Racing podium lockout. But like John Dizon, they too suffered gearbox issues with only a few laps to go. Tang was hit the hardest and dropped to 6th. Menorca ended up 4th, while Adriano was fortunate to get away unscathed and score back-to-back wins in the #13 Toyota San Jose Del Monte-Obengers Vios. 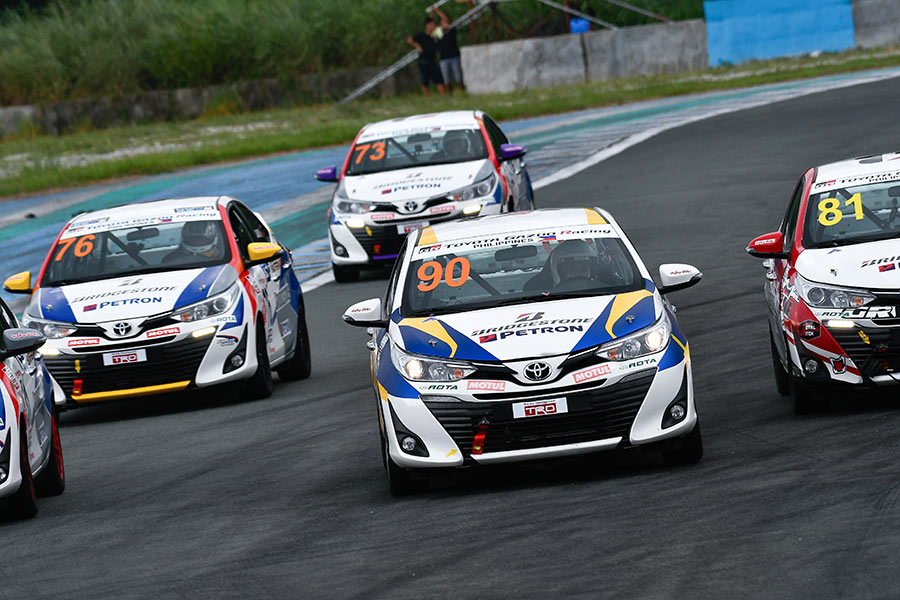 With their mechanical woes sorted, these young drivers were back on the hunt in Race 3. Adriano got banged up in the opening laps yet was able to hold onto 3rd place when the chequered flag dropped. His girlfriend Menorca didn’t too bad either and concluded her race weekend in 2nd. Tang, on the other hand, was a man on fire.

Starting from all the way back in P16, he managed to slot into P10 by the end of the first lap. And despite his inexperience, was able to steadily pick up places over the grueling 12-lap race. Tang’s impressive performance eventually earned him a well-deserved class win to bag another 1-2-3 finish and conclude a strong season start for Obengers Racing. 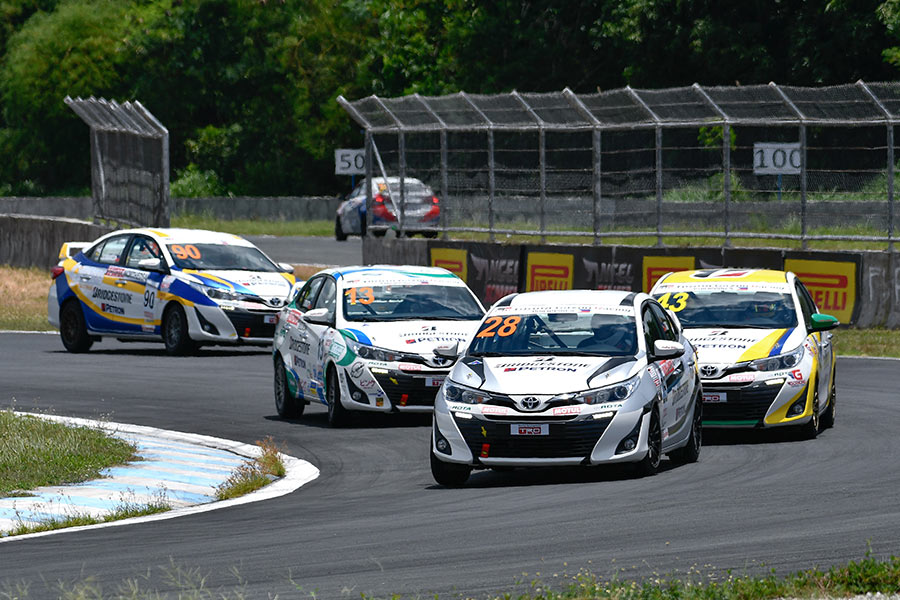 There’s going to be a long 12-week break before Toyota Motor Philippines’ (TMP) one-make-series resumes on August 30/31 where Obengers Racing will resume their title chase. 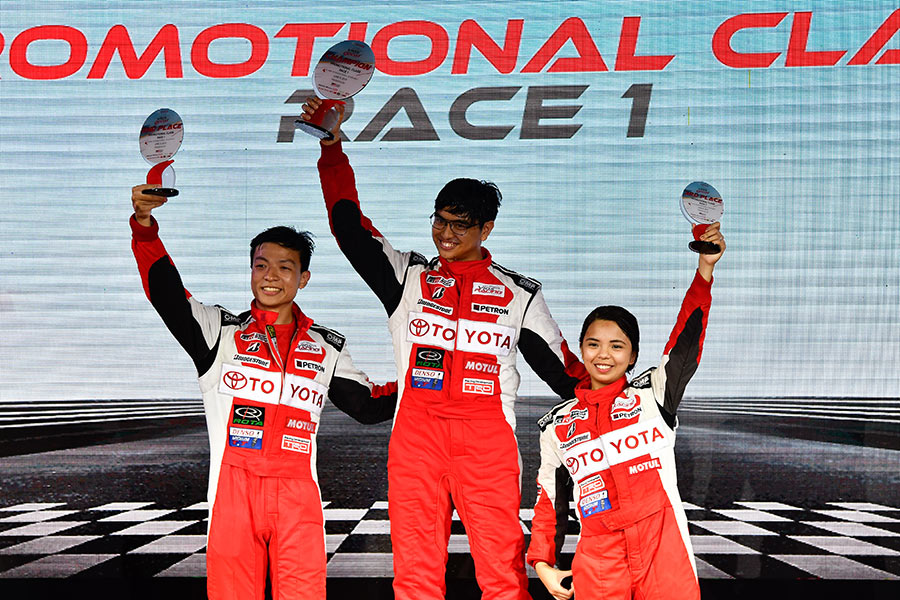 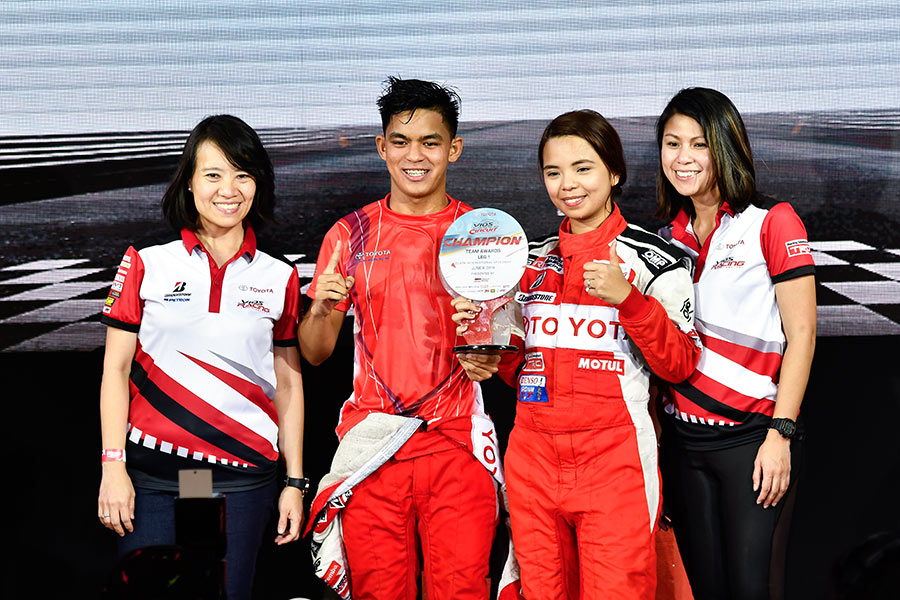 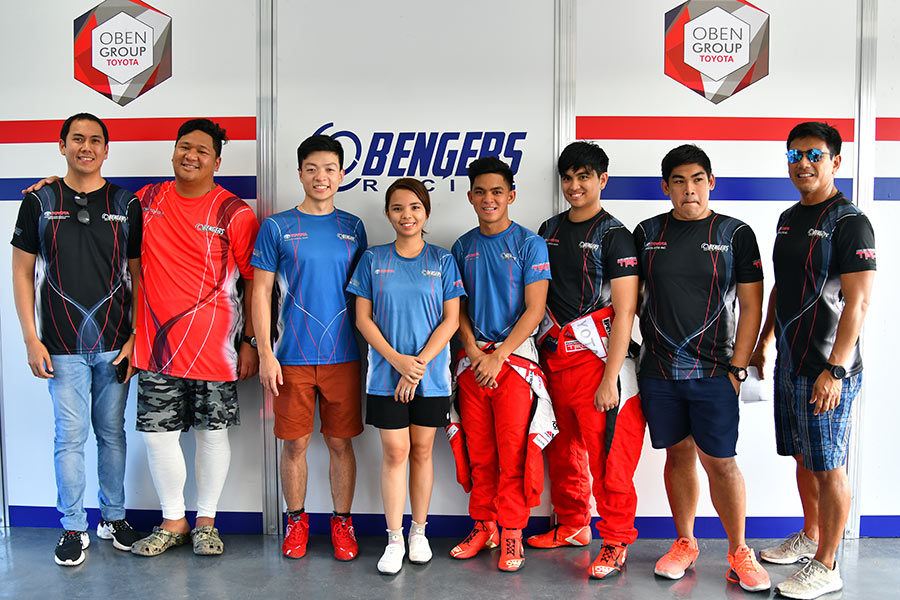