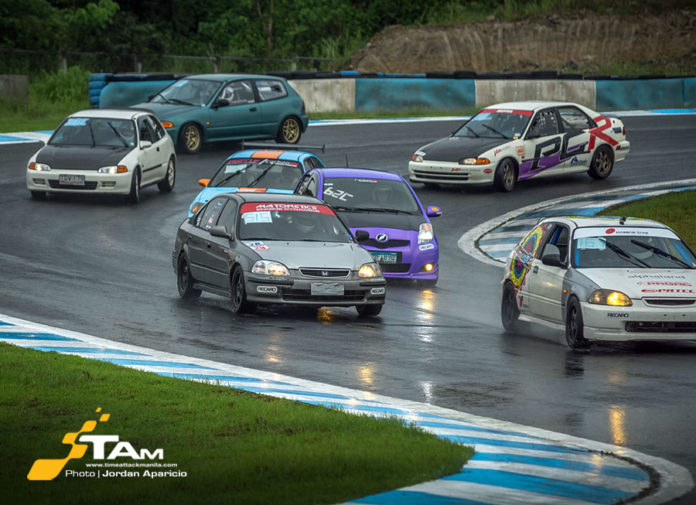 As if racing in the dry wasn’t hard enough, non-stop rain during Round 4 of the Petron FlatOut Race Series (FORS) turned the Clark International Speedway (CIS) into a slippery rollercoaster ride, catching out even the most experienced drivers. This required finesse rather than brute power to set a quick lap, not to mention a big pair of balls. 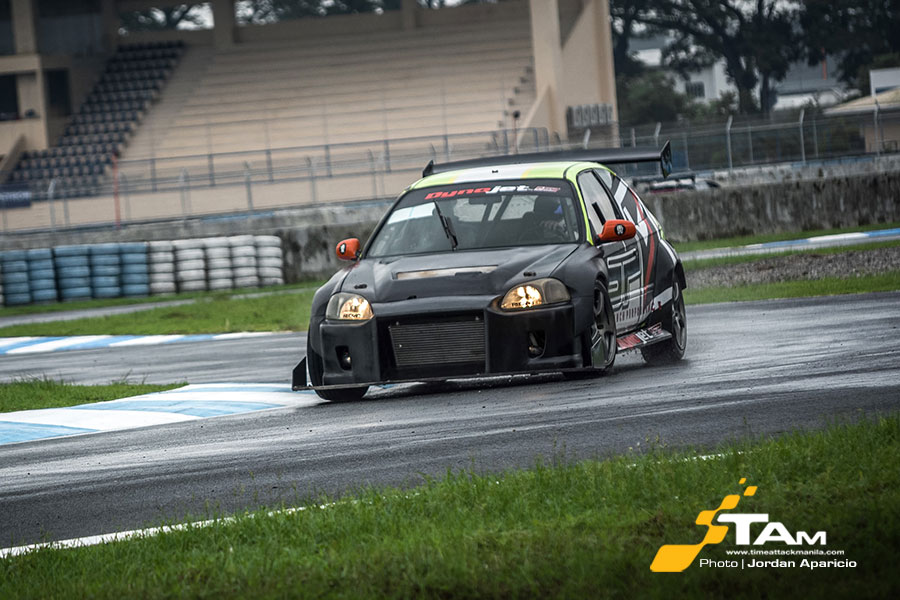 Rafael la O’ once again proved that he had the biggest of them all. Equipped with Michelin Motorsport P2G wet weather tires, he set a benchmark lap of 2:16.762 in the Staunch Performance Honda Civic EK to win Bracket R.

But there were also some young guns who shined in the treacherous conditions. Gabby Sohu, Jero Consing, and Kody Ng outpaced drivers more than twice their age, winning in their respective Time Attack brackets. It also took balls of steel for lady driver Chenee Jimenez to drive a Nissan 240Z in anger in the rain. 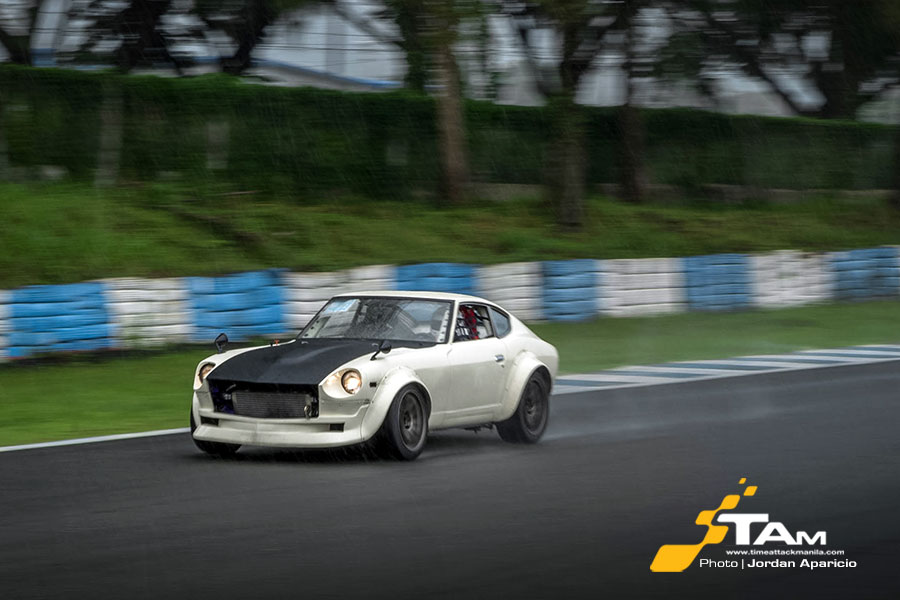 Jero Consing’s fastest time was 2.224 secs clear of Paolo Santos to secure 1st in Bracket B. Gabby’s younger brother Raffy completed the podium in 3rd. Swapping his usual Mazda MX-5, Errol Panganiban recorded a 2.31.188 best in a CarPorn Racing Subaru WRX STI. The lap earned him 1st in Bracket C and could have landed him a top spot in Bracket B. 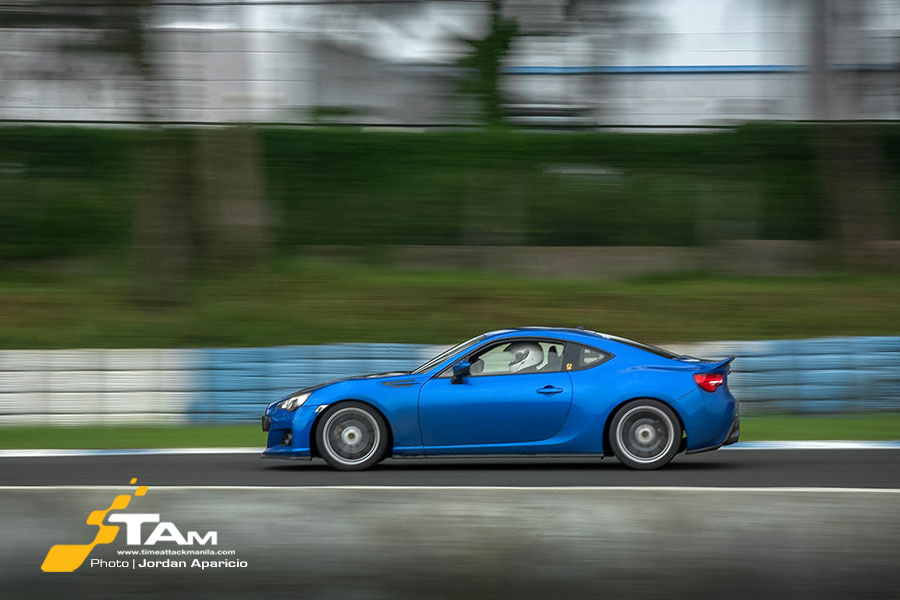 Raffy Rabe in the Subaru BRZ had a slight advantage in Bracket D to win against Rommel Guevarra in 2nd. Robert Tan in the Grupo Toyota Yaris then came 3rd. Kenneth Santos topped the time sheets in Bracket E, followed by Michael Rivero in 2nd and Franklin Ong in 3rd. 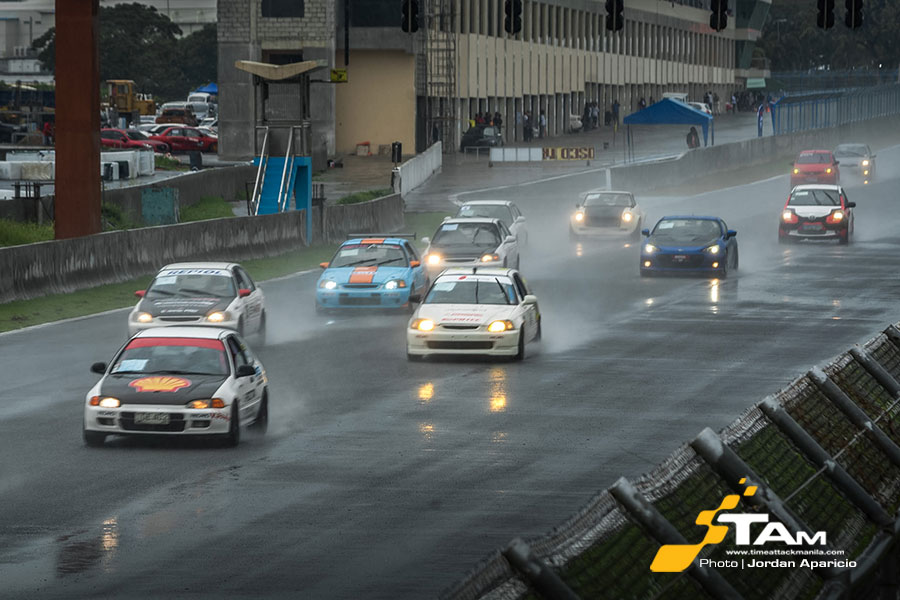 Grid Race
Sanctioned by the Automobile Association Philippines (AAP), the combined Staunch Performance Grid D and SmartFuels 2 Race Grid E race was a tricky 5-lap dance in the rain. Most had to tiptoe their way around the 4.189 km circuit just to reach the chequered flag, while an unlucky few made unscheduled trips into the gravel, grass, or wall.

But there were a few exceptions. Paul Ongcuangco, Andre Makkina Tan, Erwin Manaog, and Franklin Ong battled for the lead despite the heavy downpour. Paul barely held onto 1st place, crossing the finish line a mere 0.640 secs ahead of Andre. Erwin held it together to finish a distant 3rd. 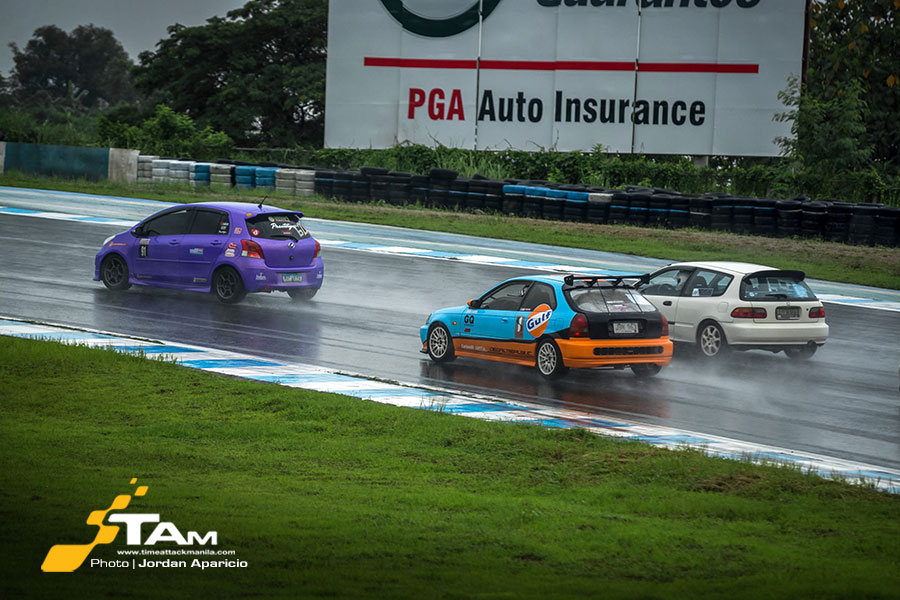 Felix Chua enjoyed a 16.297 secs lead to take a dominant win in Grid E. Mark Pascual concluded his weekend with a 2nd place finish, while Amiel Del Mundo was 3rd.

As the rain only got stronger that afternoon, the officials deemed it too dangerous to continue racing and postponed the Petron Grid A, KYB Grid B, and Recaro Grid C races to the next round for safety. This will take place on July 14, 2018 at the Batangas Racing Circuit (BRC) for Round 5. 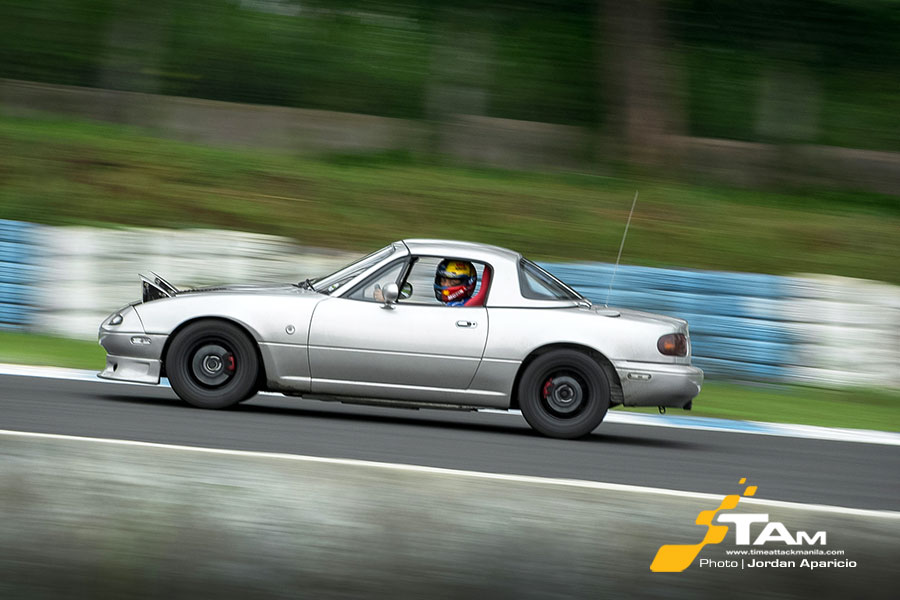 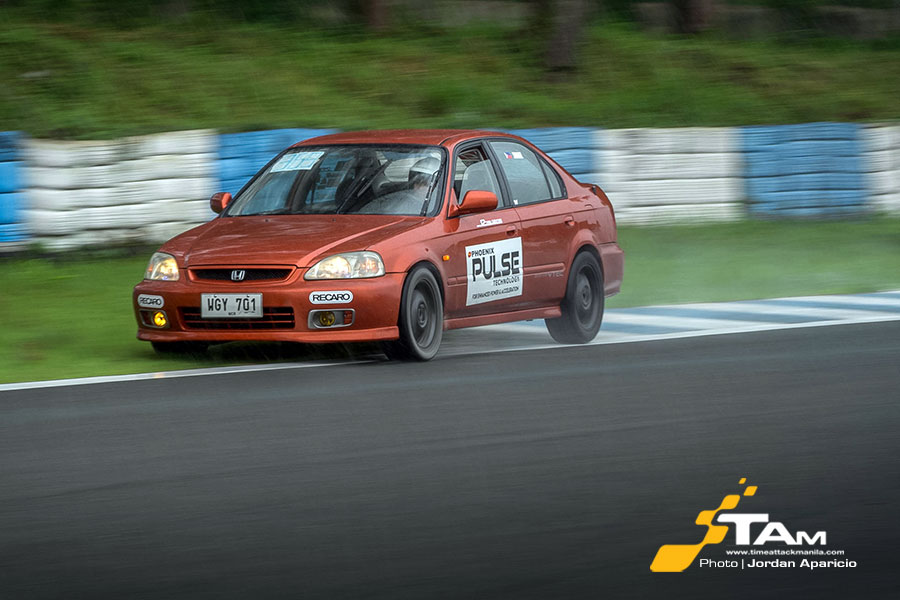 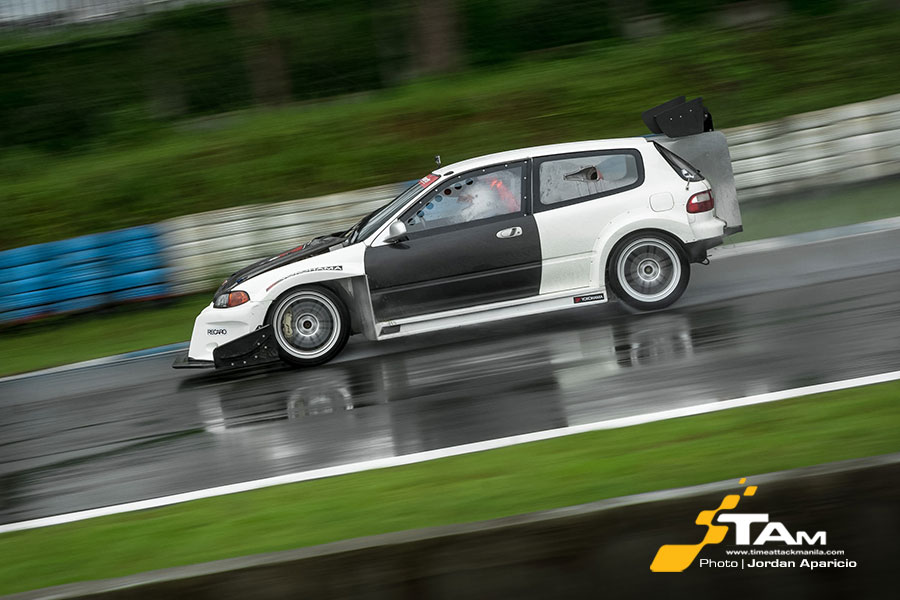 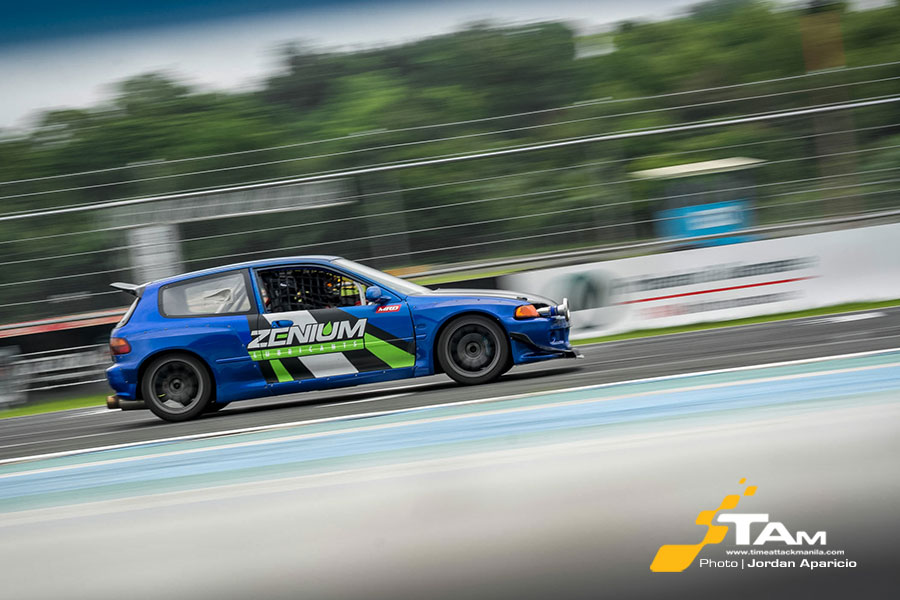 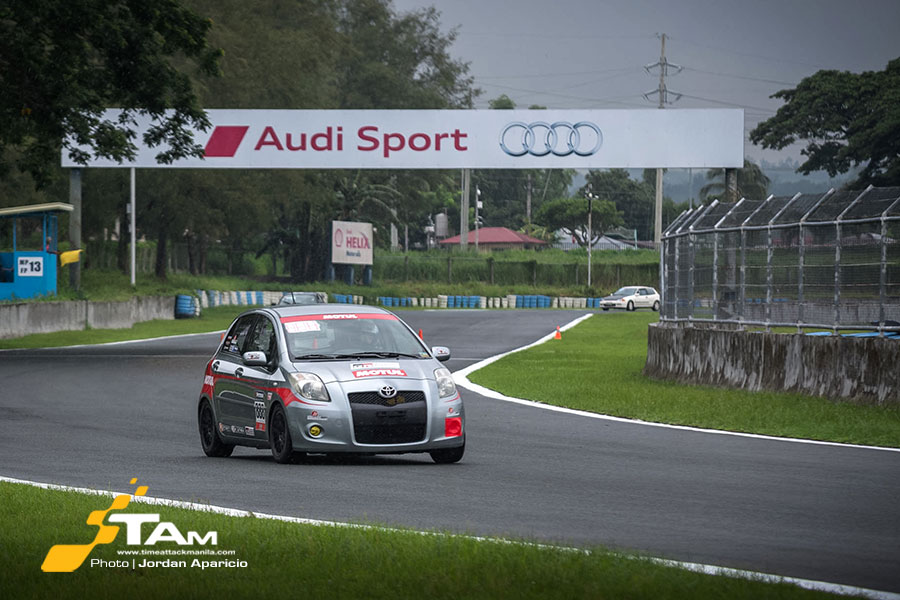