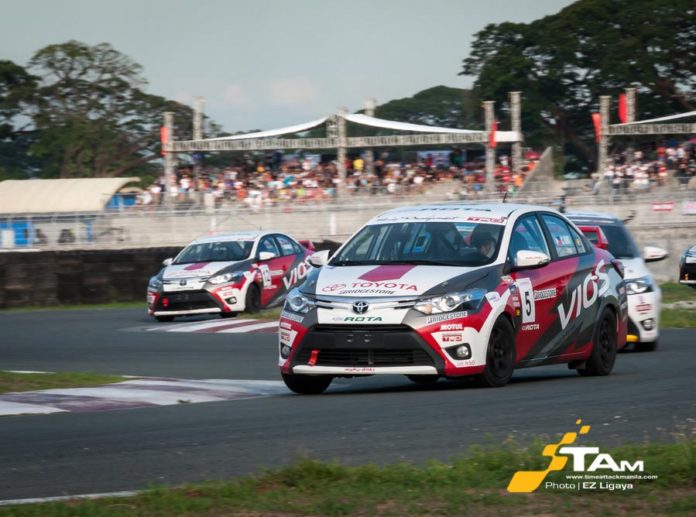 In the years I’ve spent covering races, I believe that the main reason why drivers race is to win. And thanks to Toyota Motor Philippines (TMP), I got to experience what it was like to feel that insatiable desire to cross the finish line in 1st.

I was one of the lucky few who got invited to the Toyota Racing School back in April. There, they allowed me to hoon one of their prized Vios Cup cars around the Clark International Speedway for about half a day. Little did I know that these guys were already scouting for recruits from the media for the upcoming Toyota Vios Cup 2014. And judging by the invite letter I got from TMP a few days later, I could safely say that they liked my driving.

Yes, I was given shot at becoming a real race car driver for a weekend. 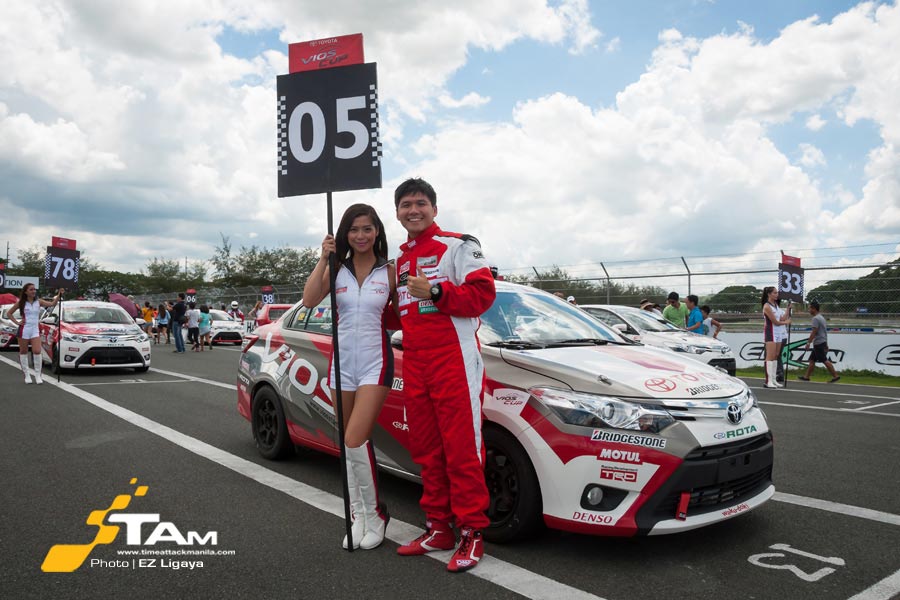 Obviously, we had to go through a bit more training before race day. So, we found ourselves back on track for Advance Circuit Class lessons to get us up to speed. And with the school’s approval, we were allowed to apply for a racing license from the Automobile Association Philippines (AAP).

We were also issued a helmet, a balaclava to match, racing gloves, racing shoes, and a full homologated racing suit from OMP, which helped us feel like we’re the real deal. Best part of all, it was ours to keep. 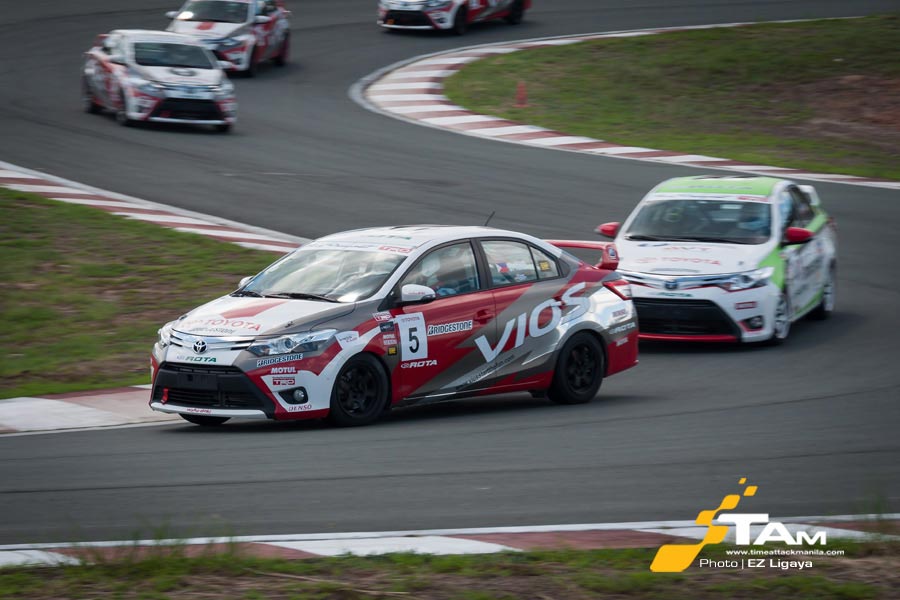 But unlike the ‘exhibition race’ in January, the race last May 24 had a 30-car-grid packed with drivers who all wanted to win – 19 of which were from customer teams. Sure, we had the full 4.189 km track to play with, but you do you have to remember that there’s only 1 racing line. To make matters worse, I drove one of the school cars and like the other media and celebrity drivers, was given strict instructions to bring it back in 1 piece. 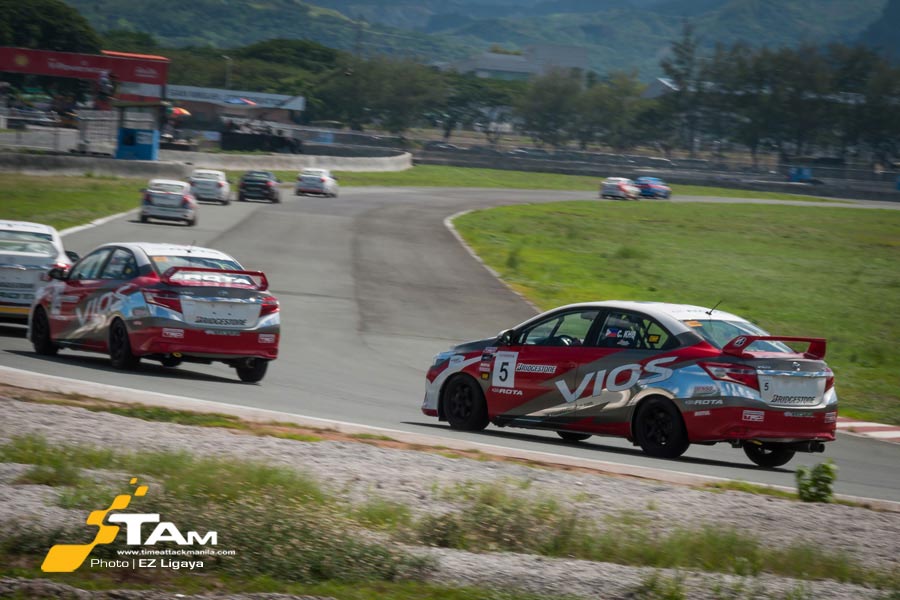 Wanting to win and having a real shot at winning, however, were 2 very different things. In practice, my lap times were 3.7 secs off the pace from the leaders, but was otherwise 13th quickest overall. Not bad, but I still had a long way to go. Thankfully, coaches Miguel Ramirez and Tyson Sy were at hand to give us some pointers. I even snuck inside Toyota Dagupan’s garage to get some tips from the late Enzo Pastor.

All that coaching would eventually pay off and allowed me to qualify in 14th, 1 place behind celebrity Phoemela Beranda and more importantly, ahead of all the other media drivers.

Now all I had to do was to last both 12-lap races and try to get past as many cars as I could… if only it was that simple. 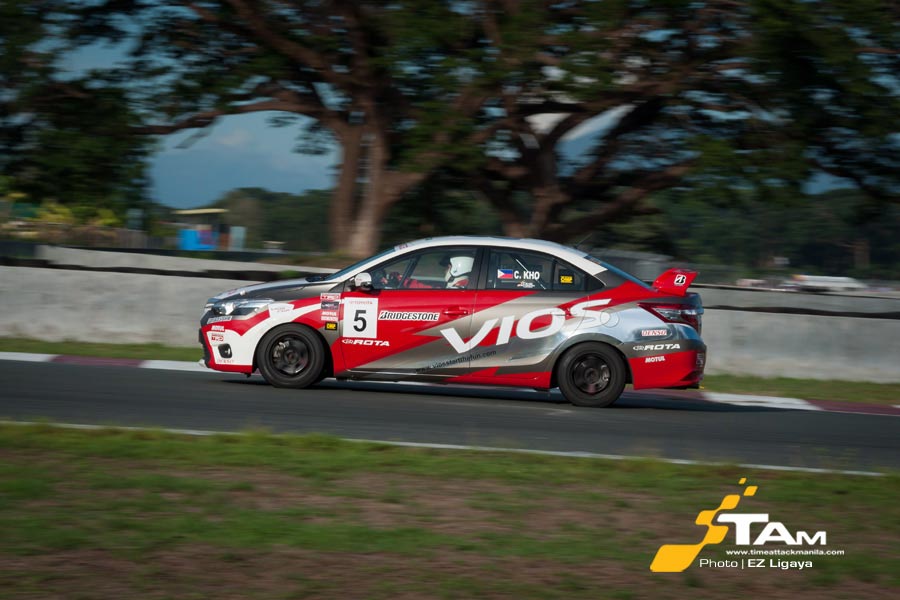 Averaging 2 min 30 sec per lap, we were easily spending 30 minutes on track every race. And in those 30 agonizing minutes, we had to deal with the scorching heat, take the pressure from other drivers, and drown out whatever fears we had in our mind. But I always remembered what Enzo told me, that race car drivers believed that they’re the best, because it’s only when you have that mindset can you fight to win.

So I only managed 12th overall in both races, but it was a race I fought hard for. I had a few near-misses, overtook a few cars, and had a great battle with drivers such as Ton Ramos, Phoemela, and fellow media driver Anjo Perez. TMP also awarded me as the ‘media category champion’ and a plaque to go with it. 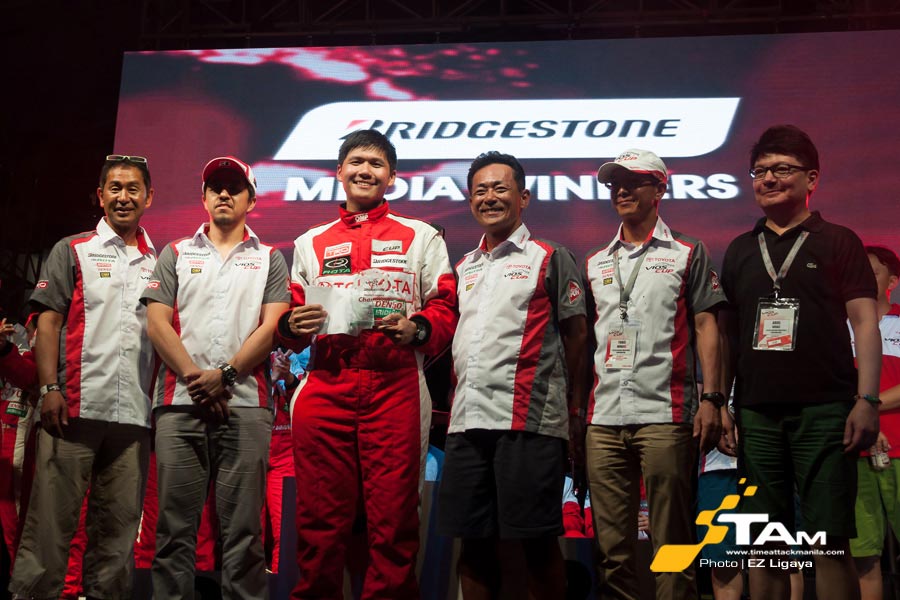 But the greatest prize I got from racing in the Vios Cup was to feel first hand that insatiable desire to win. Because aside from the adrenaline rush and speed, it’s this sensation that keeps race car drivers coming back for more. And it’s only when you forget about your fears and the dangers of the sport can you go for that gap.

Yes, motorsports has its risks, but it’s a risk we’re all willing to take to get to top step of the podium. 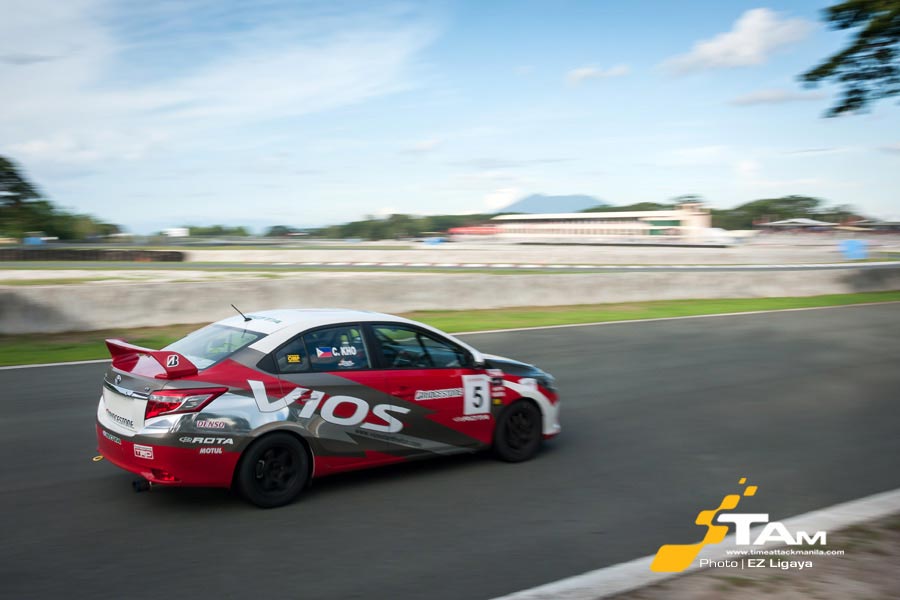 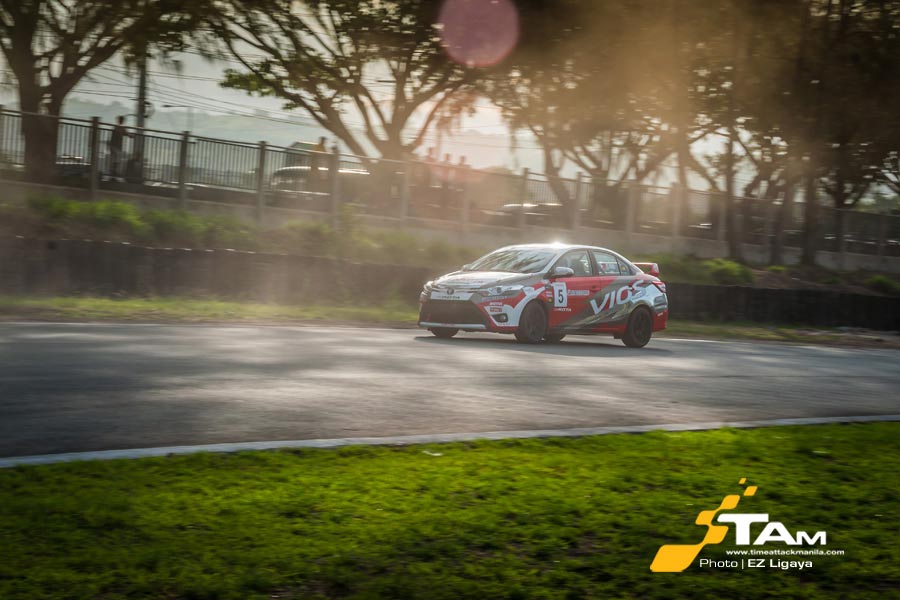