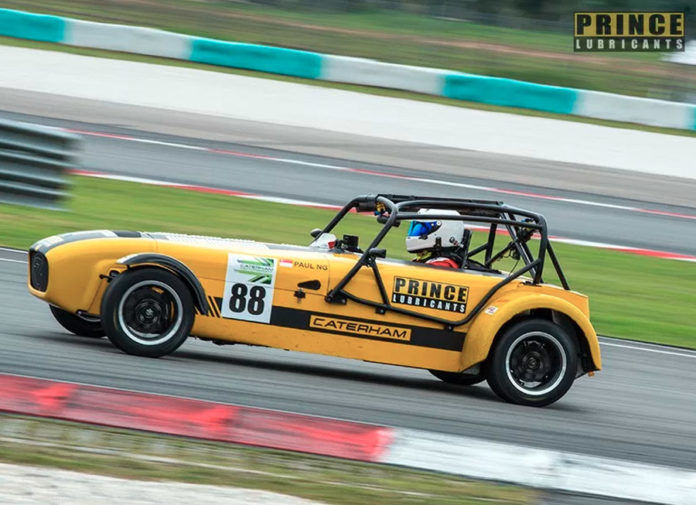 We just want you to know that the Caterham Motorsport Championship, that’s mainly based in Malaysia, is coming to the Philippines. They’ll be holding an event on October 20/22 at the Clark International Speedway (CIS) as part of their 2017 season. And if you want to see these lightweight rockets go racing, read along.

Cars + Drivers
These guys have shipped twelve (12) Caterham cars in total for the race weekend. 8 of those are the Supersport, which come fitted with a 140 hp 1.6L engine and a 5-speed manual gearbox. The other 4, on the other hand, are the more potent 420Rs. These monsters pack a 210 hp 2.0L dry-sump engine, a 6-speed SADEV sequential box, and with a capable driver, could be as quick or quicker than TRS’ Formula V1 around the 4.189 km CIS.

The drivers will fly in from several countries around the region. 4 are Malaysian, 3 from Singapore, 2 from Sri Lanka, 1 from Bulgaria, and at least 1 should race the Philippine flag.

Who will that guy be? Organizers have confirmed that ex-Asian Formula 3 driver Tyson Sy has signed up for a race seat. Although the Councilor of Valenzuela did test with Formula 4 SEA back in September, we guess this is a more viable option for him than single-seaters.

As for the other Filipino driver,  be on the look out for the #69 car driven by Jason Choachuy. He has been given the green light to compete in the Supersport class with Tyson.

Other Info + Admissions
Thanks to their sponsor Air Asia, there will be 25 crew members flying in just for the event. This consists of team management, engineers, marketing, film crew, and mechanics who are students from the TOC Automotive College in Malaysia. Another 30 VIPS are joining them courtesy of their sponsor Prince Lubricants.

If you want to watch the Caterham Motorsport Championship race live, and we assume that you do, entrance is P60 / person per day. Tickets cannot be bought in advance and will be available at the gate. Those with vehicles must pay P200 for parking.