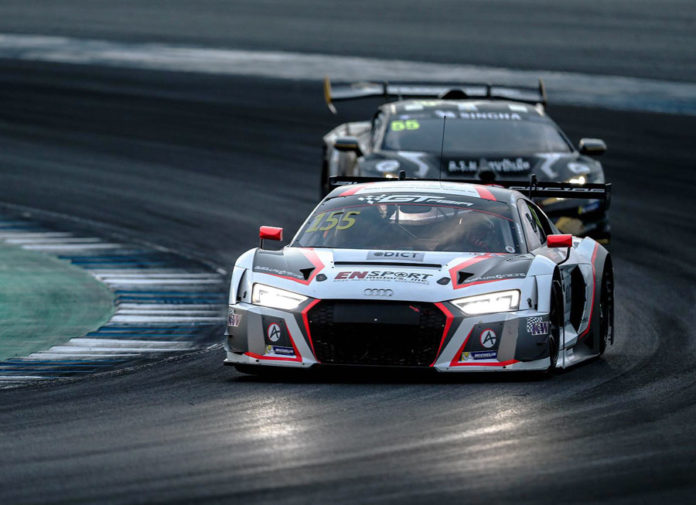 EN Sport by Absolute Racing had a rollercoaster weekend when GT Asia visited the Buriram International Circuit last June 1/3. The team saw Vincent Floirendo and Adderly Fong miss a full day of practice on Thursday, bounce back by qualifying 2nd on Saturday, only to get hit with a 55-sec penalty in Race 1 that dropped them to 9th. But their fortunes changed on Sunday when the duo made a strong comeback drive, charging their way from P11 on the grid to an impressive 4th place finish.

Sharing the #155 Audi R8 LMS, they looked to be on course to repeating their podium in Malaysia. Adderly set a 1:33.483 lap during qualifying and only missed pole by 0.011 secs. 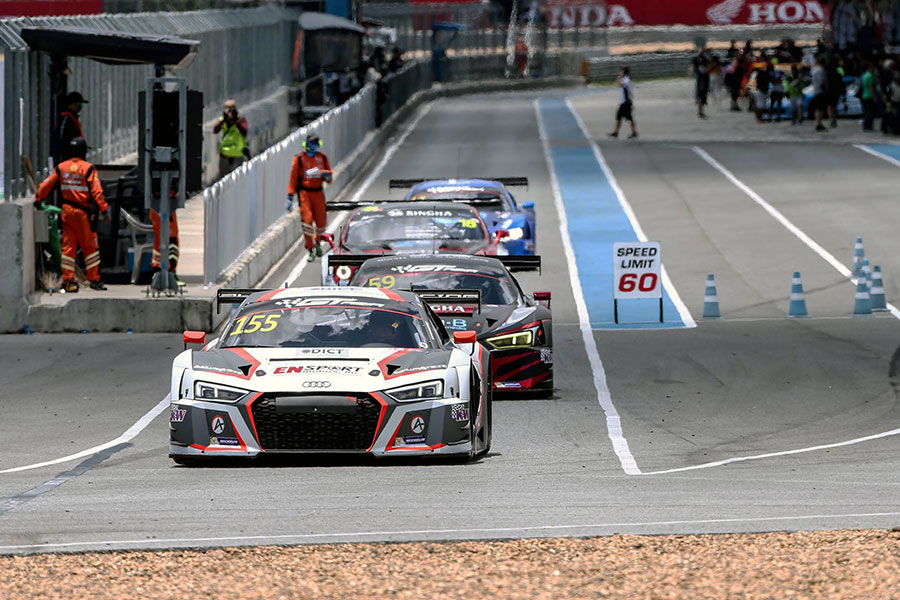 The driver from Hong Kong started from the front row of the grid in Race 1 and had an exciting stint battling for P3. Stopping only for a driver change, Vincent then continued EN Sport by Absolute Racing’s hunt for a podium. Although he spun out with only 14 mins to go, the Filipino driver did a stellar job to rebound from P8 to take the chequered flag in 4th. Sadly, they were penalized due to a pitstop infringement to end up 9th in the final classification.

Determined to do better in Race 2, Vincent put the previous day’s setback behind him and focused on a good result on Sunday. He made a clean start and successfully evaded the chaos happening around him. But all his hard was undone when an overly optimistic Porsche driver hit Vincent and spun him around. He would recover and carry on before handing the car over.

With half of the race still to go, Adderly then skillfully threaded his way through the field to finish in a strong 4th, less than a second away from the sister #59 Audi R8 LMS GT3. Had it not for the race incident, Vincent and Adderly would have easily been 2nd or 3rd. 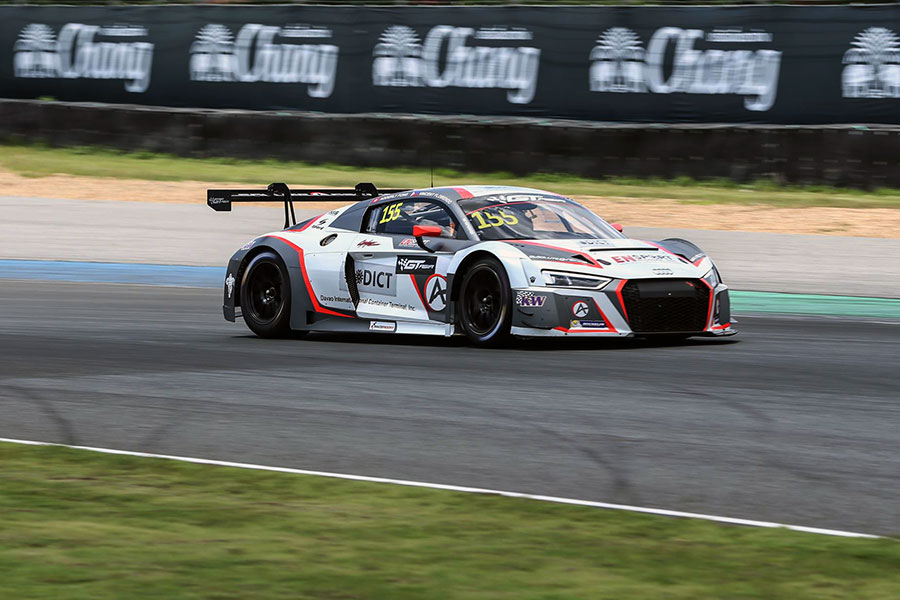 The team now prepares for the penultimate event of the 2018 GT Asia Series on July 6/8 at the Ningbo International Speedpark, China.

Vincent Floirendo: “Buriram is quite a technical track, plus I missed a day of practice. This explains why I wasn’t on pace right away. But we finished well despite all the problems we encountered. I’d like to thank Adderly for doing a good job during qualifying and the race. He drove really well this weekend. Looking forward to the next race at Ningbo. It’s my first time there, so will be early this time to get more practice.”

Adderly Fong: “It was a pleasure to be racing with Vincent again at Buriram. He has not been in the car since the last race and had to miss Thursday practice. However, he got up to speed very quickly and we were competitive throughout the weekend. Qualifying was tough due to traffic and the limited practice time we had. We finished well in Race 1, but unfortunately were handed a drive through penalty. Race 2 was better and we had a good chase to finish 4th. It was just a shame that Vincent was spun around in his stint by another car. If this hadn’t happened, I’m confident we could’ve had a shot for the podium.” 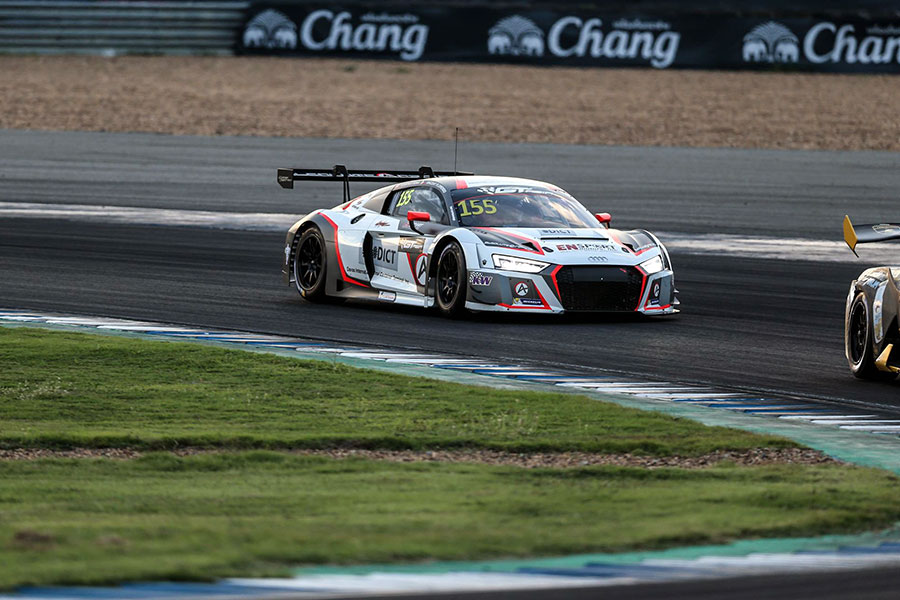