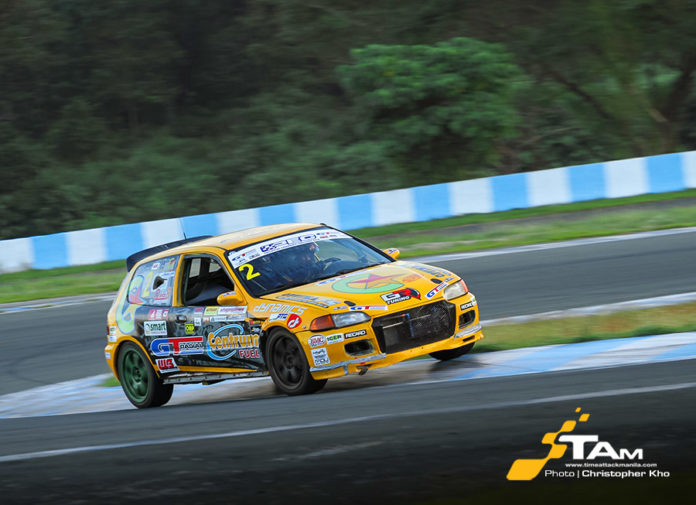 There were 2 big changes in the 2016 Philippine Endurance Challenge. The first being the change in venue that saw the 8-hour race move from its usual setting at the Batangas Racing Circuit (BRC) to the Clark International Speedway (CIS). The second was the team that stood on the top spot of the podium when the chequered flag finally dropped.

It was still Centrum Fuels-GT Radial, the defending 2015 champion. This time though it would be the #2 Yellow Mellow Honda Civic taking 1st place overall, as last year’s winner suffered an unfortunate DNF. 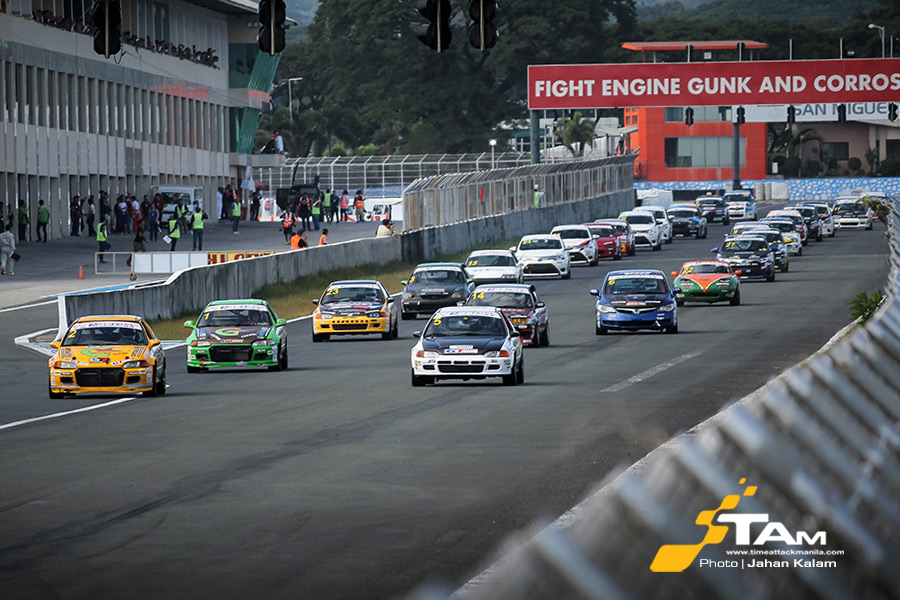 The country’s biggest and longest endurance race saw a record-breaking 29-cars take off the starting line last December 4. Centrum Fuels-GT Radial’s #2 machine started on pole after it set the fastest time of 2:14.839 in Qualifying on Saturday. Sharing the front row of the grid was the #5 Smartfuels2race Honda Civic EG, while the #1 Centrum Fuels-GT Radial Civic and the #14 Motolite BPS Racing Toyota Corolla lined up behind.

Lights turned green at exactly 8:45 AM on Sunday where all the cars in RP, FM2, FM1, and the Manufacturer’s Cup Class cleanly made it through the opening laps. While most took a more conservative strategy, the top teams in RP Class immediately fought for the lead. 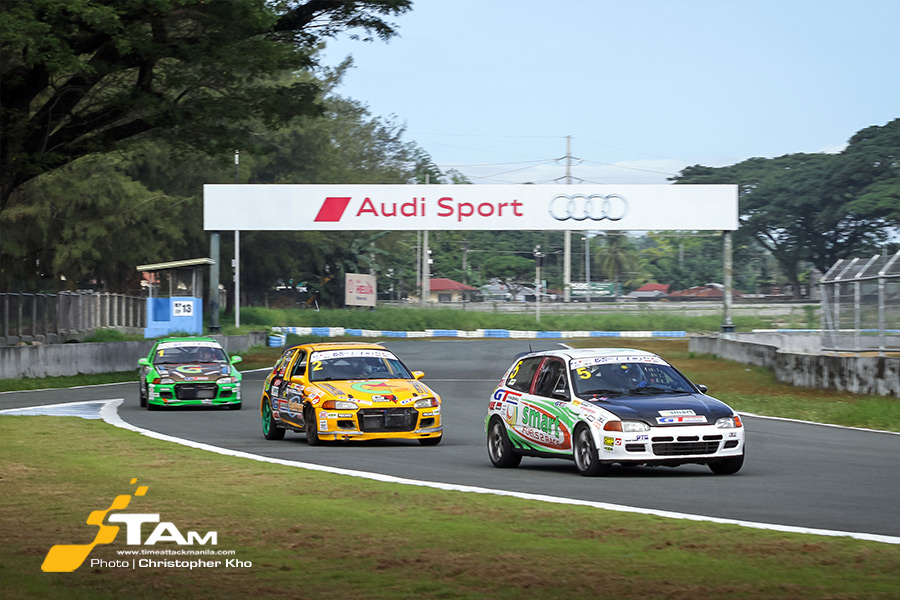 The #5 Smartfuels2race Honda Civic would briefly take 1st place, but would later lose out to the pair of Centrum Fuels-GT Radial cars after a safety car period.

During pit stops, teams were given 2 minutes for refueling and driver change with only 2 mechanics allowed to work on the car. This, of course, was strictly implemented for safety reasons. While most teams had 4 to 8 drivers to share 8 grueling hours of racing, there were those who only had 2 highlighting their incredible stamina. The #3 Rainbird-Canete Civic was shared by the Canete brothers Nico and Macky, while Japanese drivers Kunihiro Iwatsuki and Tetsuya-san drove the #30 602PTG Toyota Yaris. Likewise, AJ Lacambra and Leo Candava took turns in the #13 Mitsulancer PH.

The safety car was only deployed on 4 occasions throughout the course of the race – all to retrieve stricken cars on track. This included the leading #1 Centrum Fuels-GT Radial Civic that had to retire on lap 108 due to a broken windshield. 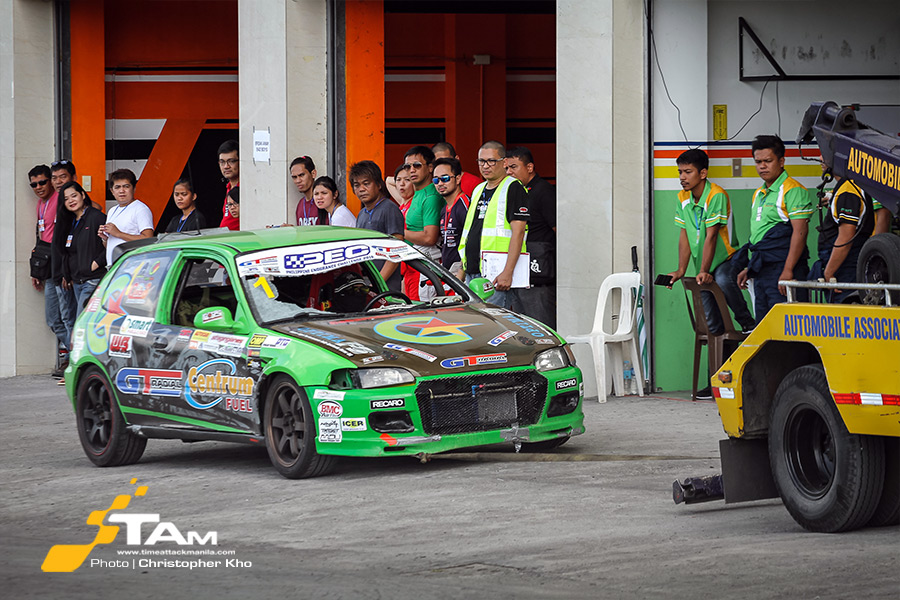 1st in FM1 was the #6 Forcespeed-Worksbell Honda Civic FD due to the strong performance of Edmund Ong, Nico Fernandez, Rico Cheng, and Ton Ramos. Mazda Philippines’ #18 Mazda 2 SkyActiv shared between Ian Khong, Clifford Certeza, and Inigo Roces was also on the top step of the podium after dominating the Manufacturer’s Cup. 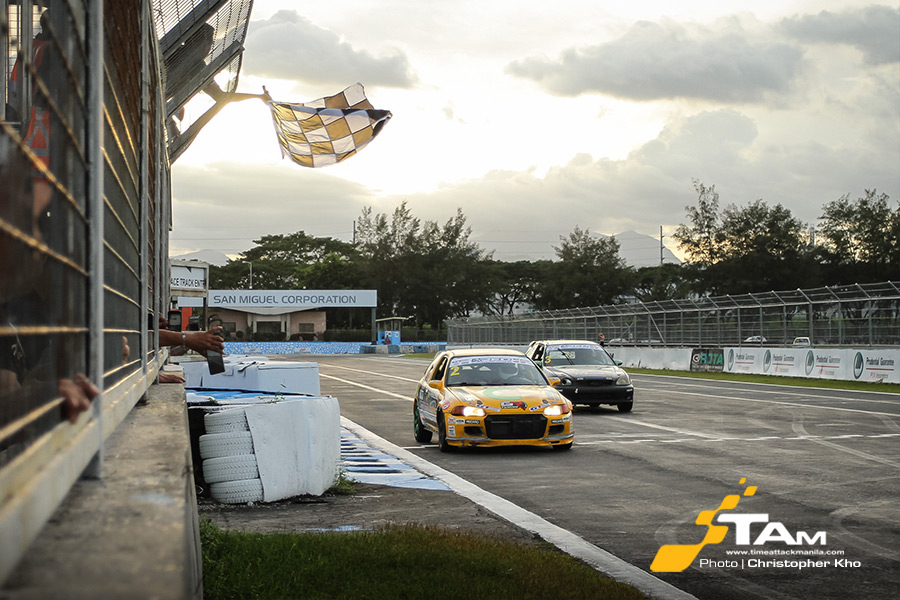 Out of the 29 starters, 27 successfully made it to the finish running the full race distance on only a set of GT Radial SX2 tires. All also ran on Smart Fuels 104 octane gasoline that not only provides more power, but also better efficiency. 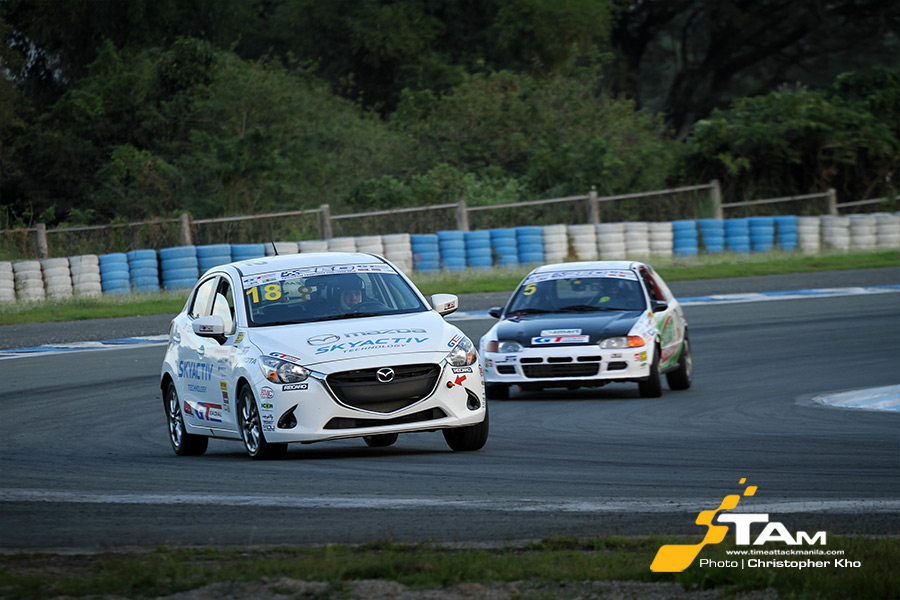 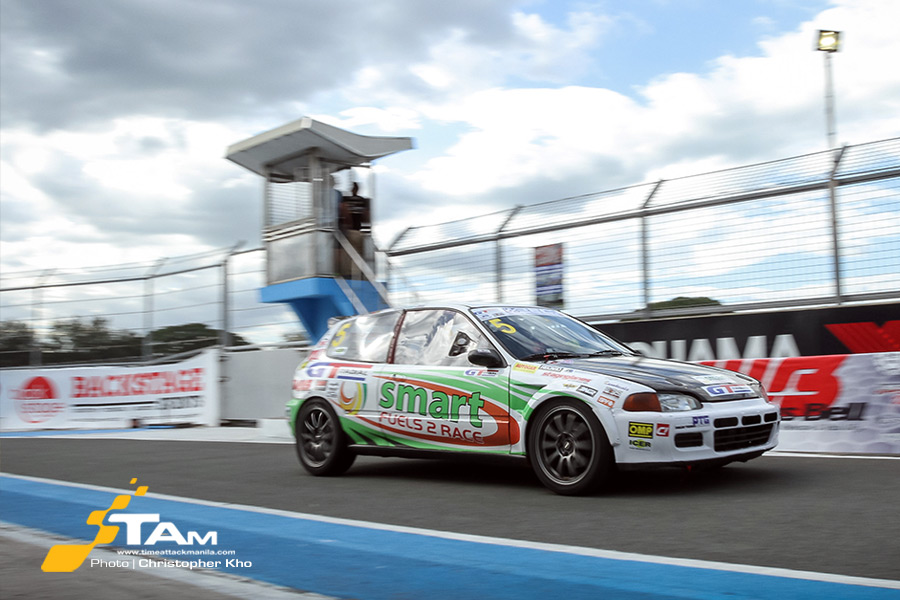 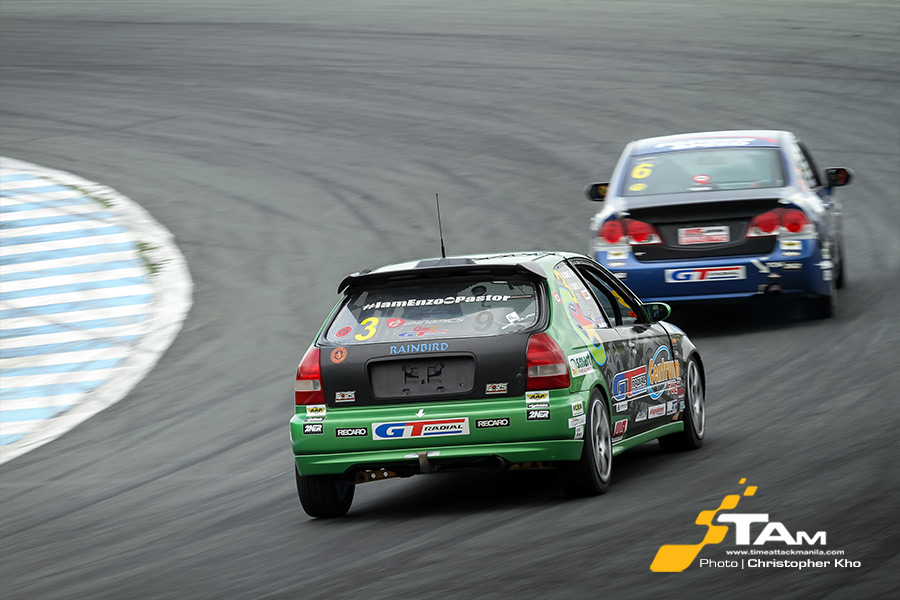 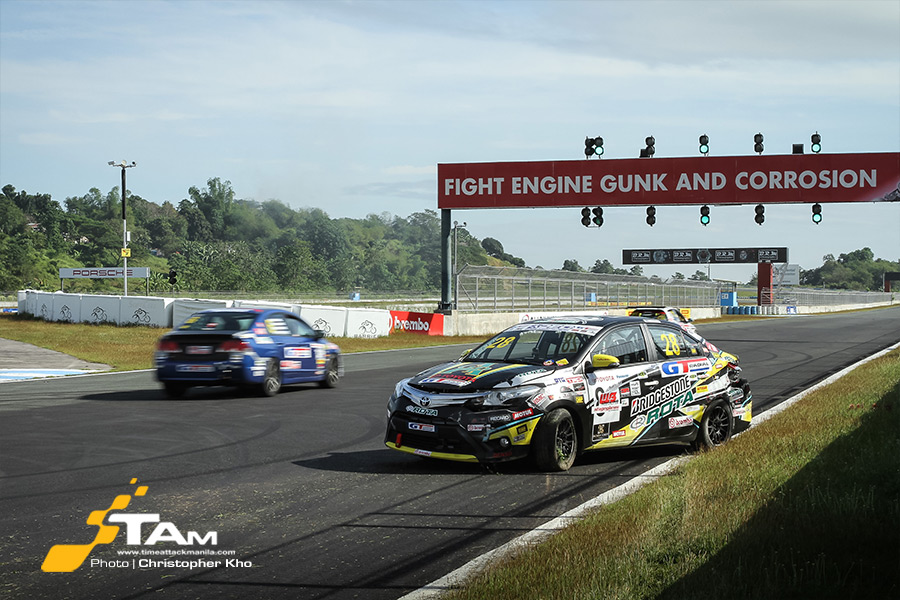 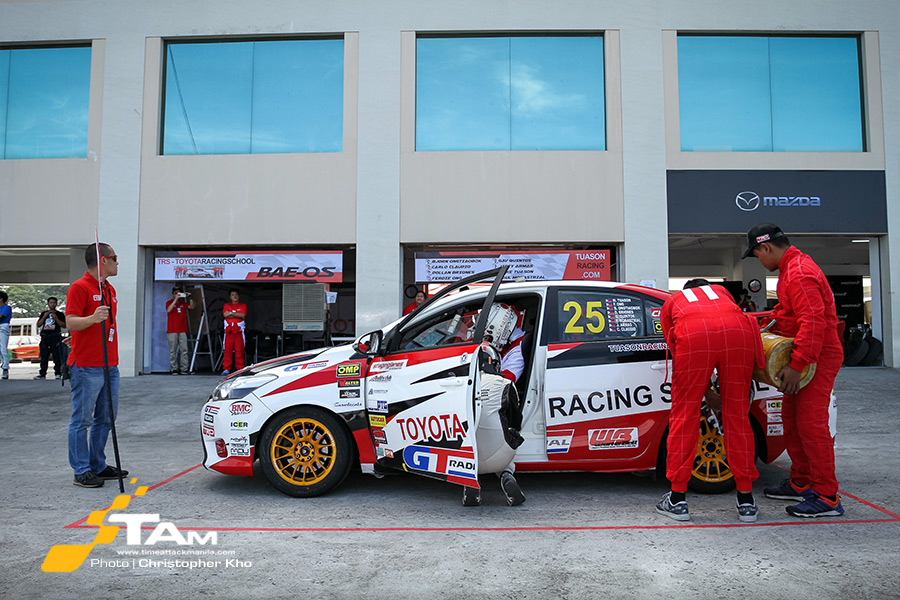 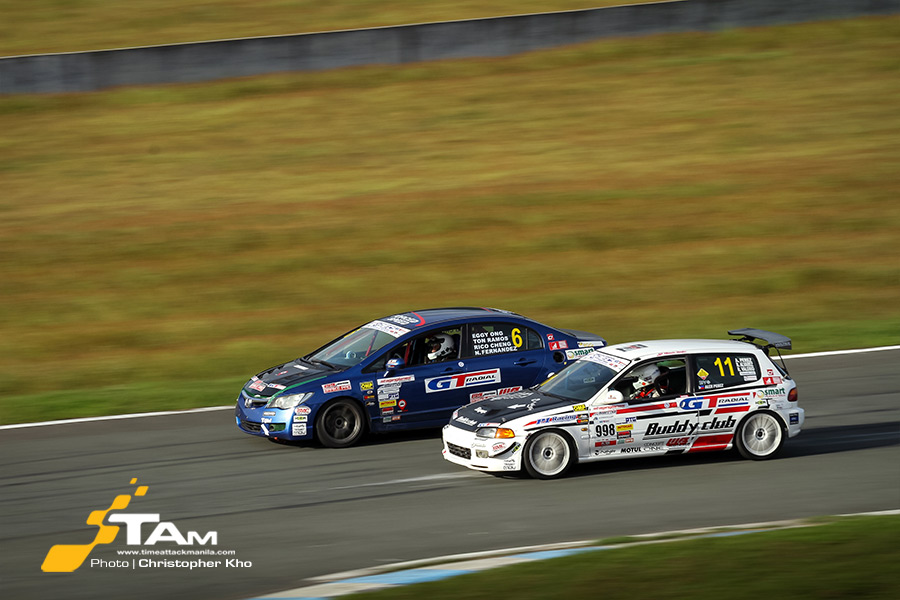