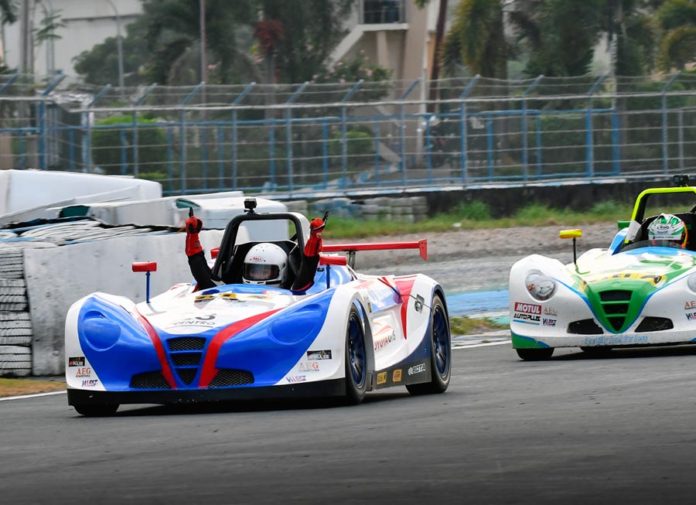 Clinching the Pro Class title for Obengers Racing, Estefano Rivera is now the newly-crowned champion in the Giti-Formula V1 Challenge 2019. And he did so after scoring 2 wins and 1 podium finish at the season finale, taking the title by just 9 points last October 19/20. However, it would have easily been a double celebration for the team if only their Am Class driver Alex Brown didn’t fall victim to a multi-car pile-up on Saturday that sidelined him all weekend.

Both drivers headed into the final race of the year with a clear goal of securing the title in their respective categories. Estefano was only 1 point shy of Pro Class leader Ryo Yamada of Cleanfuel Racing, while Alex had a massive 38 point lead over everyone else in the Am Class. 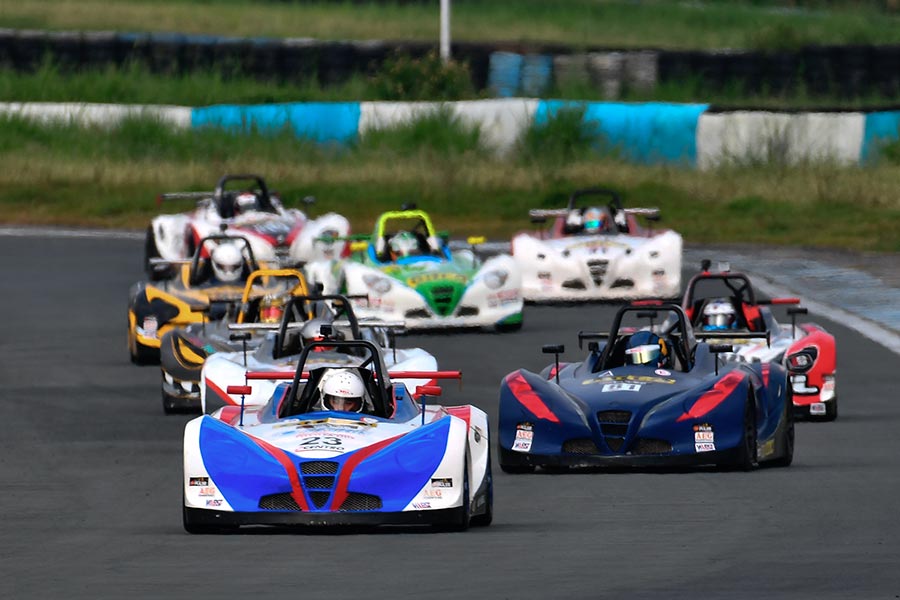 Estefano kicked-off his championship bid in the best way possible, by Qualifying in pole position with a 2:11.530 best around the Clark International Speedway (CIS). Alex, on the other hand, had to start from dead last due to penalties incurred by the team for working on his engine overnight.

But as luck would have it, the Filipino-Singaporean’s championship hopes would end less than 400 m from the starting line.

A total of 4 drivers figured in a multi-car pile-up during the first race of the weekend. Alex was collected by another driver and sent his orange #88 Toyota Balintawak-Obengers AEG Powertools entry straight into the barrier at speed. This required Alex to be extricated from the cockpit and brought to the nearest hospital. 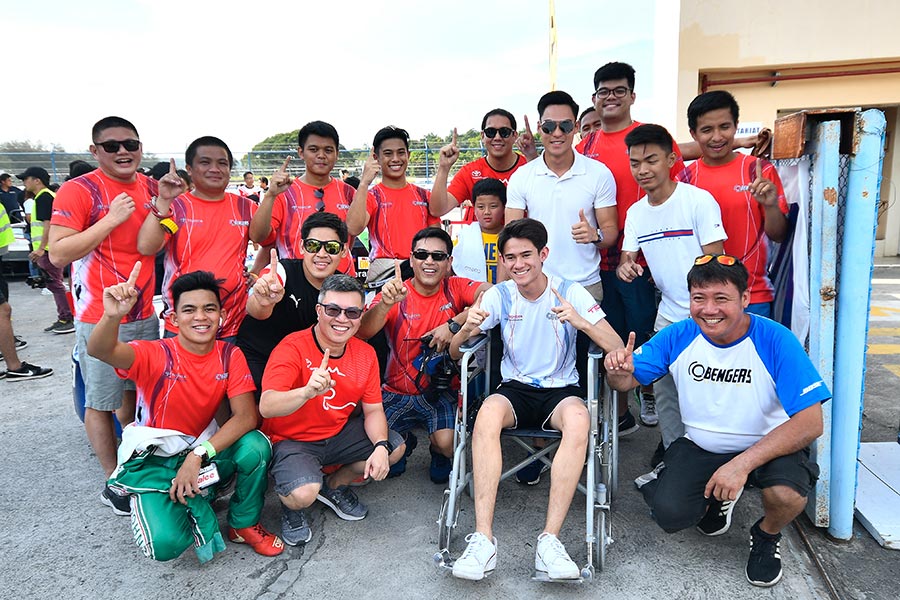 Thankfully the 16-year-old’s injuries were minor, but his hopes for an Am Class title slowly faded as he could no longer rejoin the events on Sunday.

With only Estefano flying the team’s colors, he had to make sure that Toyota Otis-Obengers didn’t come out empty-handed in 2019. A clean getaway at the restart of Race 7 saw him lead all 10-laps and secure a dominant lights-to-flag victory. But it wasn’t an easy win as he was hounded by his closest rival Yamada-san with only 0.256 sec separating both drivers at the finish line. 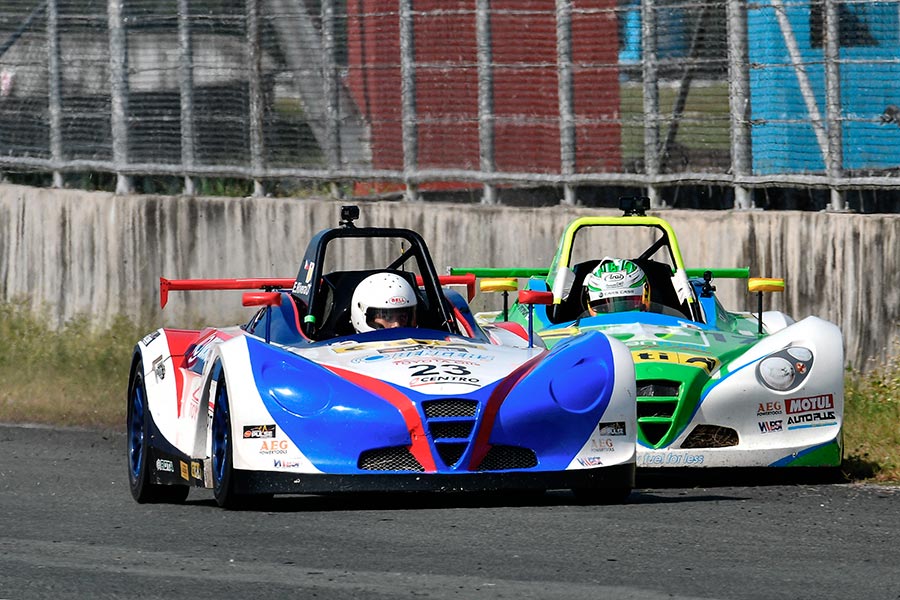 Their battles would quickly resume on Sunday morning. On this occasion, the 2 rivals traded positions at almost every lap, while showing utmost respect for one another on track as they negotiated corners side-by-side and punched through every straight nose-to-tail. All his hard work eventually paid off with Estefano taking the chequered flag in an unbelievable photo finish that saw him score another win by a slim 0.066 sec margin.

Having his lead extended by 19-points, Estefano now only had to finish behind Yamada-san in Race 9 and the title was his. As expected, the Japanese driver stormed off into the distance right from the start and opened a mighty 8.267 secs gap at the finish. While it appeared that Estefano simply cruised to finish 2nd and take the 2019 championship, he later revealed that he had to nurse an ailing transmission and should have taken the fight to Yamada-san all the way to the end. 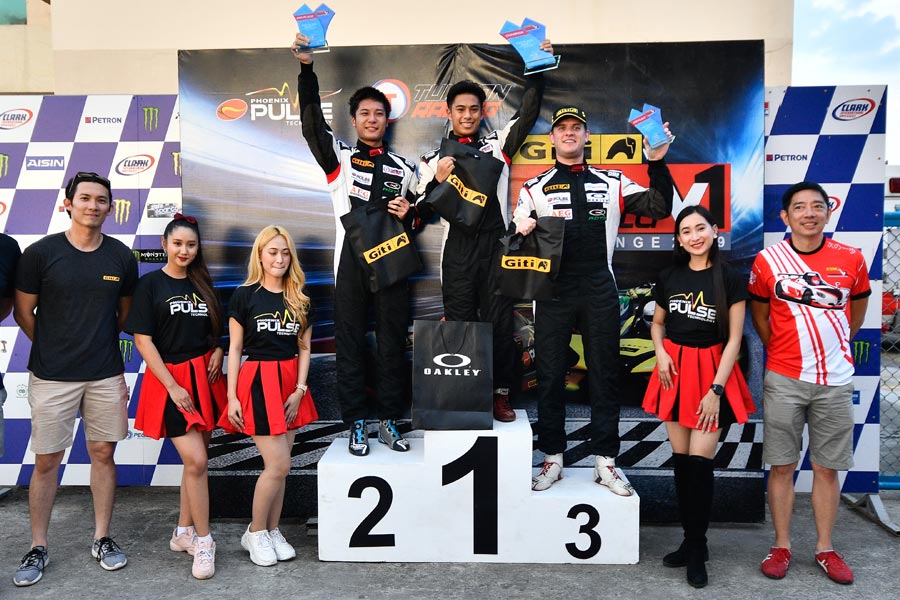 Bagging a total of 5 race wins and 3 podium finishes, Estefano Rivera wrapped up an impressive debut season in Giti-Formula V1 Challenge as the 2019 champion for Toyota Otis-Obengers. His teammate Alex, on the other hand, still ended up 2nd in the Am Class despite missing the final 3 races of the year.

Estefano Rivera: “Winning the Formula V1 championship is one my best accomplishments in my racing career so far. The way I won the title, battling hard with Japanese driver Ryo Yamada in every race, made it even more special. I’d like to thank God for making all of this possible as well as my family for their never ending support. It was also a team effort and I’d like to thank everyone at Obengers Racing, my boss Cosco, coach Roland, and team manager and friend Pao. Lastly, congratulations to the organizers Tuason Racing and all the event sponsors for a successful race series.”

Alex Brown: “This was one of the most dramatic weekends in my racing career. I went in with the aim to win the championship, but unfortunately an accident on Saturday damaged the car and left me without a drive on Sunday. Despite what happened, there were lessons learned and a massive thanks to everyone that helped out. Firstly to my team Obengers, Ron, and my parents who really supported me after the crash. I don’t think I would have been so cheerful without you guys. Second, a big thanks to the other drivers, track staff, and Tuason Racing who gave me kind wishes and helped a lot with everything. I really feel like we are a family in Formula V1.”

Cosco Oben, Team Principal: “Some mixed emotions. I’m very happy for Estefano for winning the championship. He was a sensational driver and made this season a very exciting one. I am very proud of him. On the other hand, Alex’s incident was really heartbreaking for him and the whole team. But that’s racing. Nevertheless, I’m glad he’s safe and surely you will see him racing next year carrying the Obengers banner. With this I can still say that we ended the season on a very positive note. Congratulations to the team headed by Pao Agregado and coach Roland Hermoso. Thanks for bringing back the glory to the Obengers.” 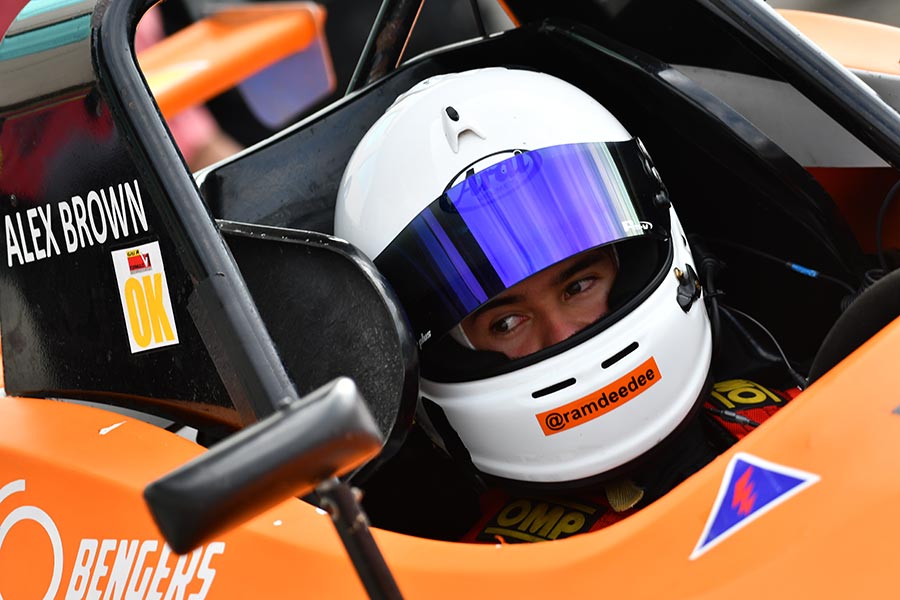 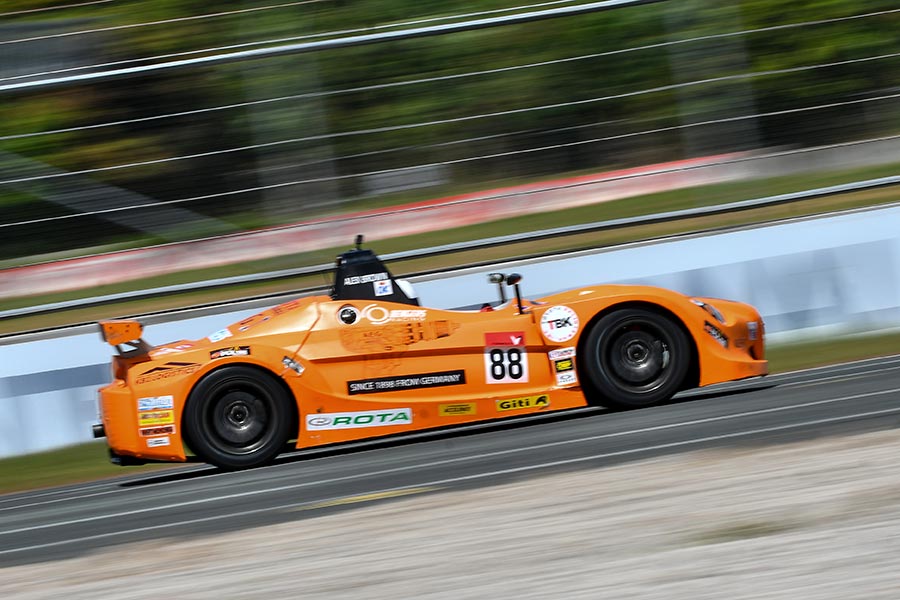