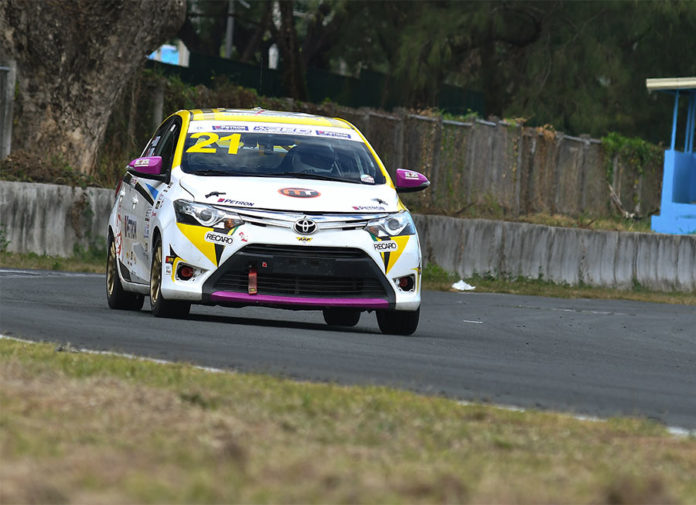 It may not be the 1st place finish that they were dreaming of, but to come home with 2 class podiums from the Petron x 8 Oras ng Pilipinas tasted as sweet as a win for Team Cebu. That’s because of all their 3 entries, only 2 made it to the chequered flag. And of those 2, only the #21 Toyota Vios Cup secured 3rd in FM-2 and 2nd in FM-3 at the country’s most prestigious endurance event last December 1/2.

The team originally intended to go after an overall win in RP Class. That plan, however, was scrapped when their #3 Honda Civic EG refused to cooperate and had to be downgraded to FM-1. 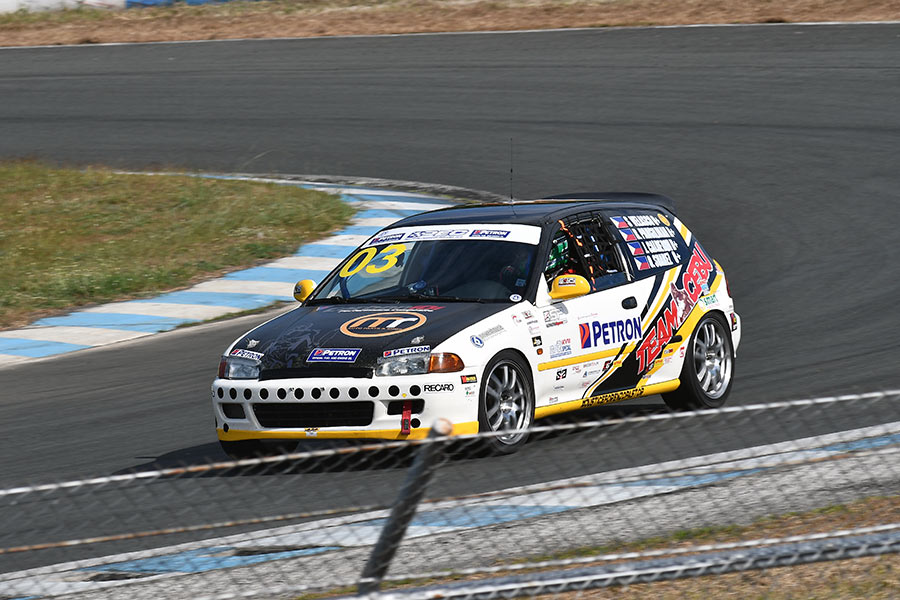 This was only a slight setback for Team Cebu who still wanted to land on the top spot of the podium. So come 8:30 AM on Sunday, Sean Velasco began their grueling 8-hour journey around the Clark International Speedway. He would climb as high as P4 overall and P1 in FM-1 during the first hour of the race, passing more potent machinery.

Aside from a slight transmission issue, everything in the #3 car appeared to be working as expected.

Bobby Pangilinan then took over during the first round of driver changes and continued their pursuit. But after just 2 laps, the car stalled on track and sadly, refused to continue before drivers Jette Calderon and Oscar Suarez could even have a go. 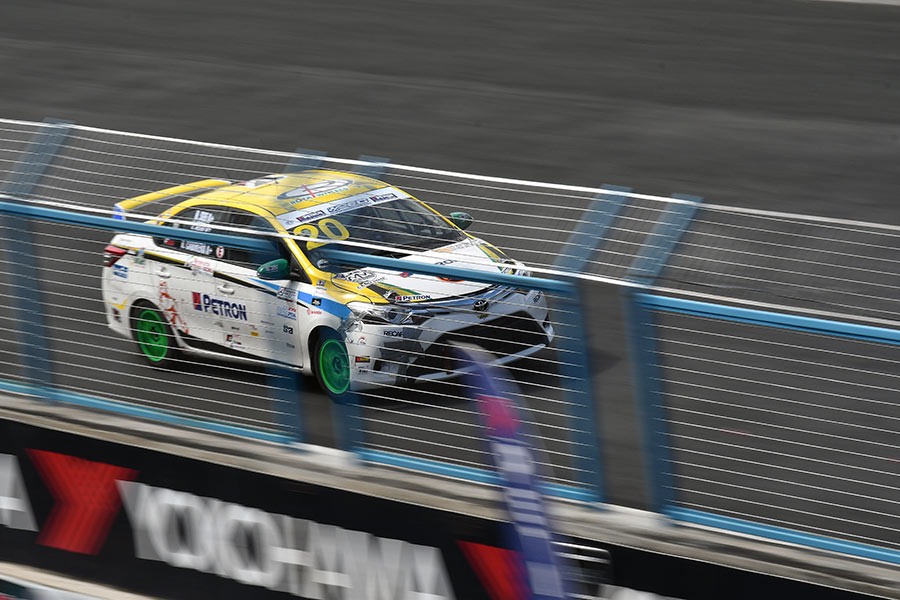 Team Cebu’s up and coming talent, on the other hand, had slightly better luck in the #20 Vios Cup Car. Julian Neri, Markku Suarez, Norris See, and 15-year-old Russel Cabera, who are all products of the AAP Motorsport Development Program (MSDP), were gunning for an FM-2 and FM-3 podium.

Much like the #6 Honda, they too encountered a transmission problem early on. Fortunately, theirs wasn’t terminal and the boys were able to stick to their race strategy despite some close calls. One such instance nearly saw the #20 Vios run out of fuel whilst it was stuck behind the safety car. Good thing it didn’t and made it into the pit lane in time.

In the end, the combined efforts of Juilian, Markku, Norris, and Russel would successfully get them to the finish line 13th overall and 5th in both FM-2 and FM-3 with 169 laps completed. 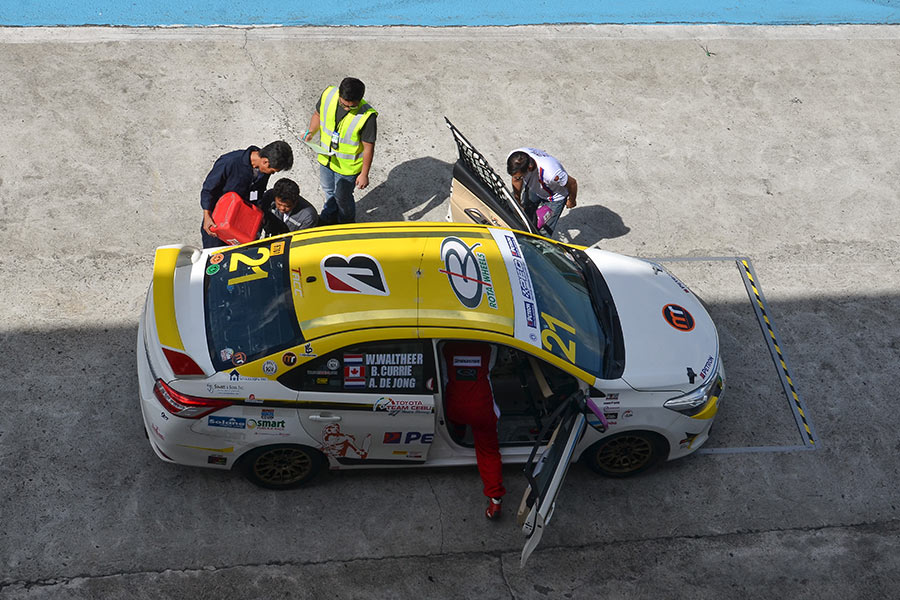 The team’s last entry was the #21 Vios Cup Car of Ate De Jong, Brian Currie, and Willem Waltheer. It was clear from the get go that these guys weren’t going for outright lap records. As a matter of fact, they qualified behind the other cars of Team Cebu and started P20 out of a 32-car grid. Ate, Brian, and Willem instead relied on experience to get them on the podium, because they knew speed alone won’t win you races in 8 hour enduros.

The #21 Vios gained positions both on and off track with its consistent lap times, zero penalties, and less driver changes. This allowed them to move up to P8 overall and made it look easy.

It was just a shame that, if only they had access to live timing, Team Cebu could have pushed harder and taken the fight all the way to the chequered flag. But to end up 3rd in FM-2 and 2nd in FM-3, in the one of the most grueling events in the Philippine Endurance Challenge’s (PEC) history, was already an achievement the team could be proud of. 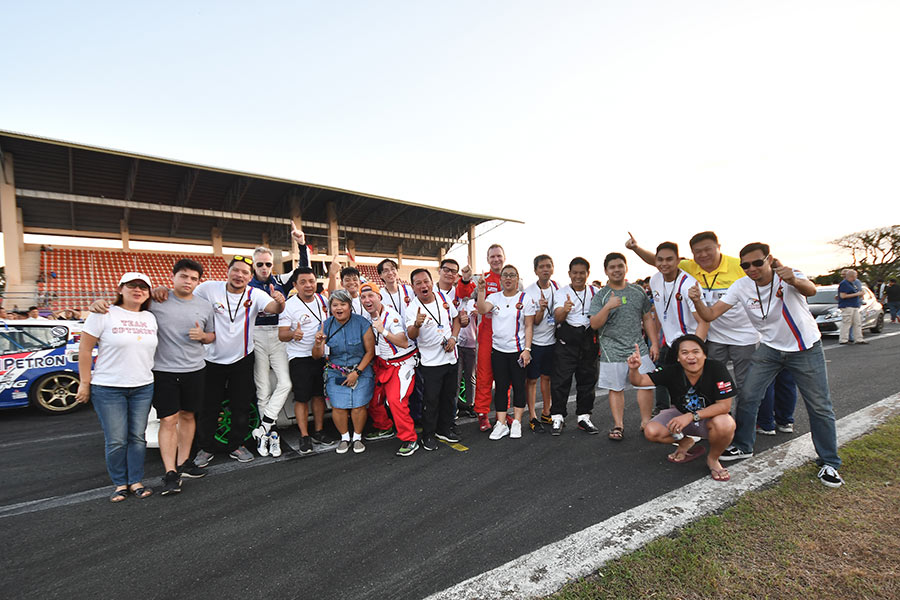 John Velasco, Team Cebu Team Manager: “The competition in year’s 8 Oras ng Pilipinas was definitely fiercer compared to previous years. All teams have really stepped up their game and the grid grew bigger, which makes the challenge so much more exciting. We originally wanted to go for an overall win in RP Class, but we realized that we needed more time to prepare than what we expected. Despite the early retirement of our FM-1 entry, the overall performance of Team Cebu was impressive in my own opinion highlighted by our 3rd in FM-2 and 2nd in FM-3. We’re looking to come back stronger and our preparation for the 2019 Philippine Endurance Challenge begins in January.” 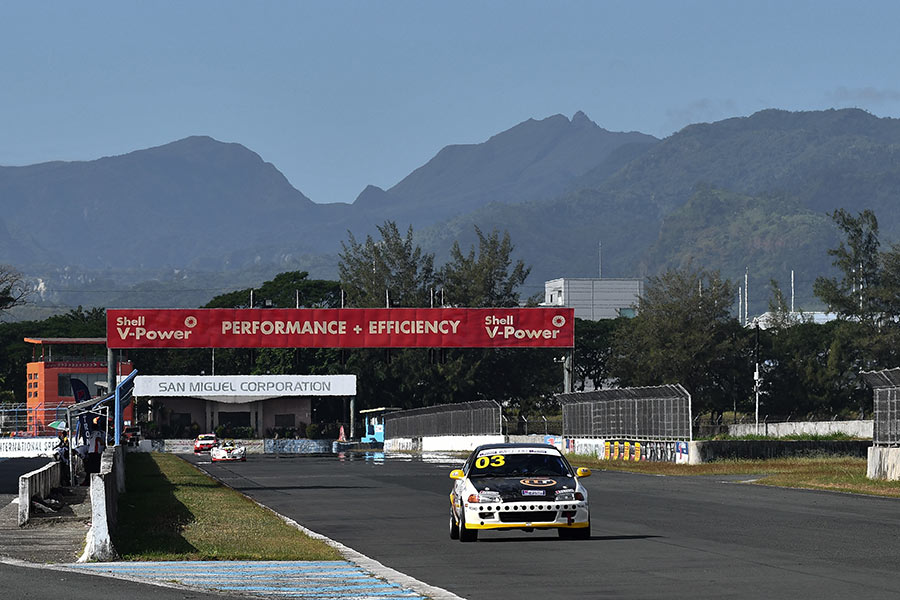 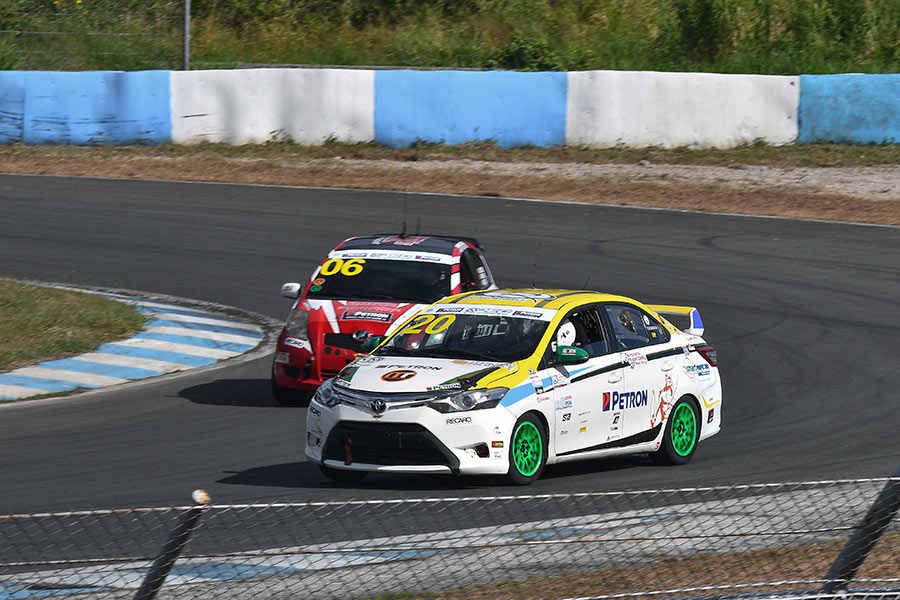 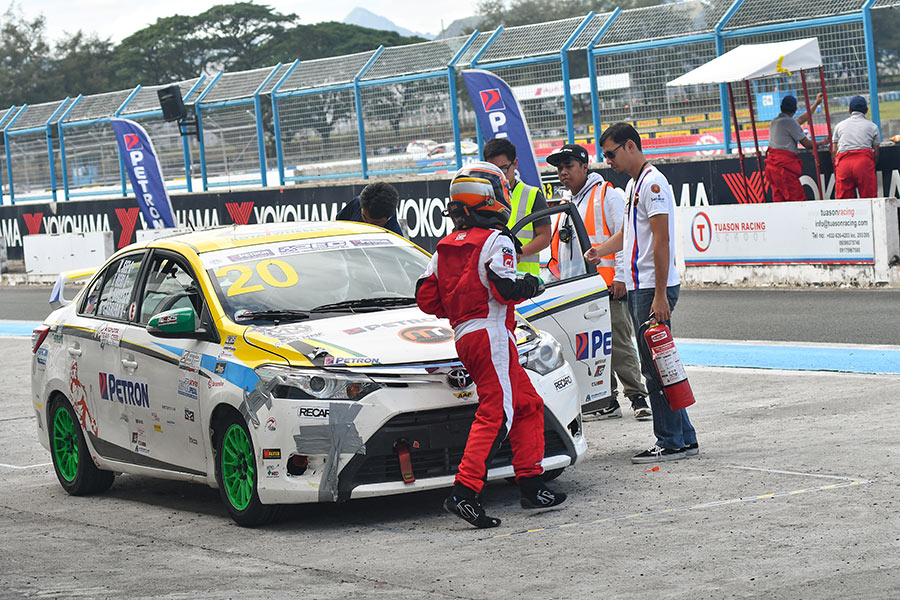 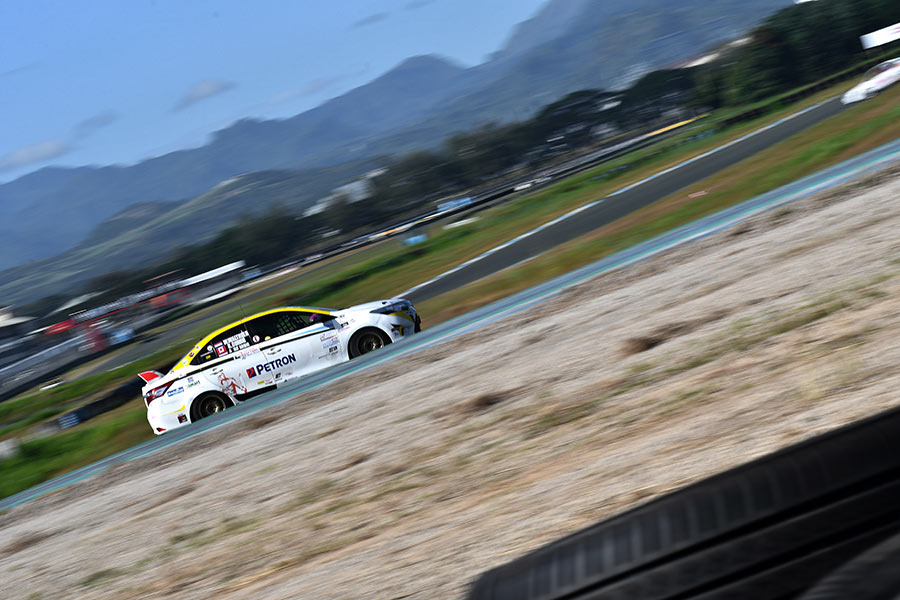 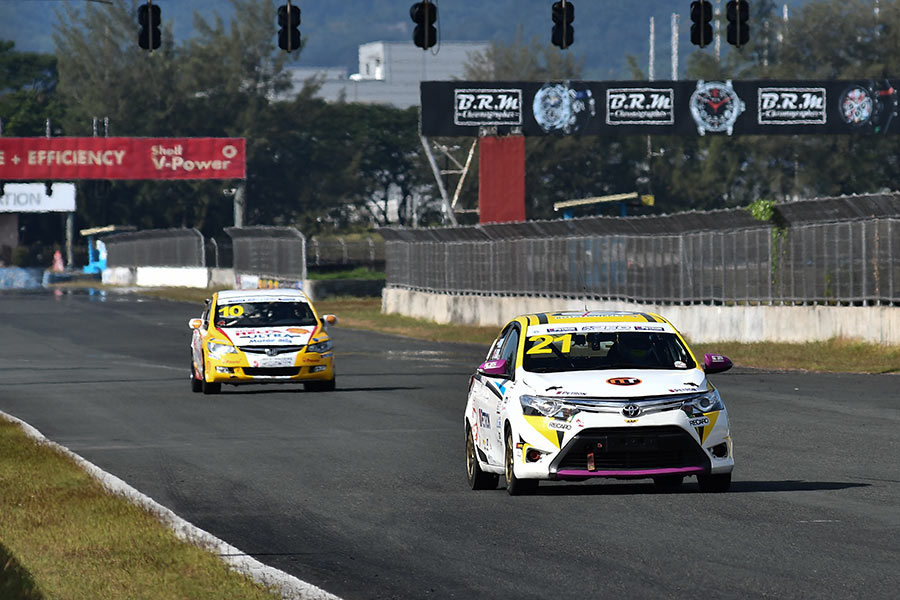